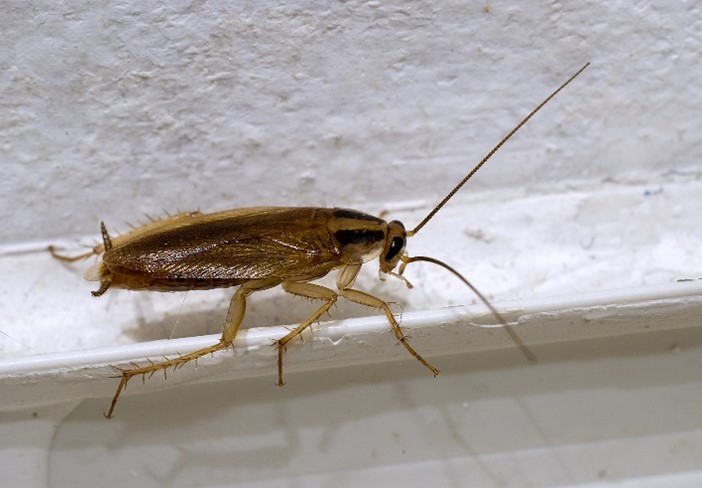 Although named the German cockroach, the most widespread cockroach pest in the world probably originated in Southeast Asia and expanded to urban areas through human travel and commerce. The first specimens to be identified may have been from Germany and assumed to be German. However, the fact that cold is a major limiting factor to their survival points to their not being native to Europe.

German cockroaches are domestic pests that rely on humans for food, harborage and transportation. They are rarely found outdoors and not in wild populations away from structures. Although they have fully developed wings, they do not fly since they are specialized for living with and being transported by humans. They also have certain reproductive traits that allow infestations to grow rapidly. While most cockroach species drop their egg capsules, German cockroach females carry theirs until the eggs are ready to hatch, which helps prevent dehydration and parasitism. Each German cockroach egg capsule contains around 40 eggs, about double the number produced by most other cockroaches. Also, the time period from egg to reproductive adult is shortest for German cockroaches, about two to three months.

Once inside a structure, they gravitate towards areas that provide warmth, moisture and food. After warmth, water is more important than food and they can survive longer without food than without water. German cockroach management usually fails when treatments aren’t applied directly to harborages because they weren’t found during an inspection. Harborages can be treated directly with a variety of formulations, including baits, aerosols, dusts, and liquid residuals. When applying baits, other keys to success are making sure cockroaches accept the bait and applying enough bait to feed the population in each harborage. 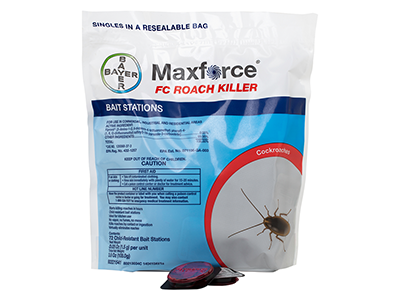 German and brown-banded cockroaches are the only strictly domestic cockroaches encountered in pest management. After completing this course, you should be able to identify these two cockroaches, recognize their behavioral differences and impacts on public health, appreciate the importance of inspection and monitoring, and understand the different treatment options available for domestic cockroach management.