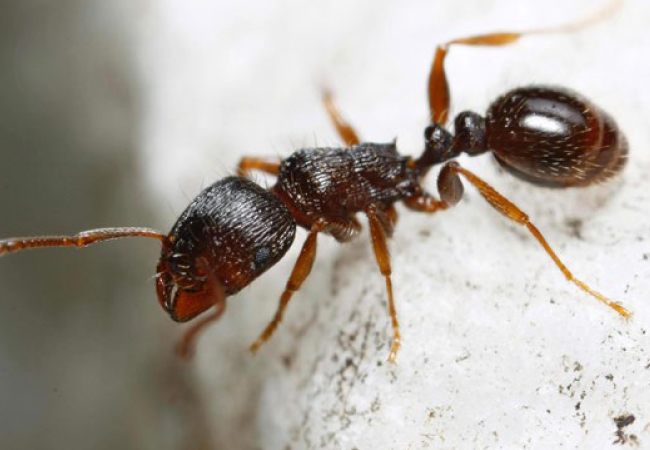 The pavement ant is an introduced species from Europe that arrived in North America with settlers in the early 1800s. It is a significant pest on the West Coast, the Midwest to northeastern states and on into Canada. Because it prefers disturbed areas with little vegetation, it is common in urban areas where it often nests under concrete slabs. Colonies generally have one queen and one nest site. Nests near or under sidewalks, driveways, patios or building foundations are usually marked with displaced soil.

Pavement ants will nest under buildings for warmth during the winter and enter through cracks in the foundation or by following utility conduits upward. Trails of these ants found on upper floors should be followed down to ground level to find where they may be nesting under or outside the building. Carpet edges may need to be pulled back to see where the ants are entering. Nests can be treated with a liquid residual insecticide, either applied under slabs with a crack and crevice injection tip or as a drench to nests near slabs outdoors.