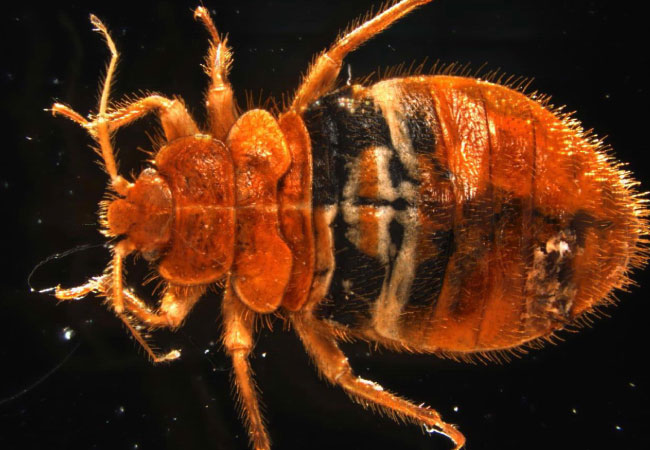 Bat bugs belong to an insect family that primarily contains human, bat and bird parasites, including bed bugs. Two bat bug species are present in the United States: the eastern and western bat bugs. Bat bugs are closely related to bed bugs and are very similar in size and appearance. Under magnification, bat bugs look harrier than bed bugs because the hairs on their bodies are longer.

Although current thought is that bed bugs evolved from bat bugs that began parasitizing humans in ancient Mediterranean caves, North American bat bugs are better at feeding on bats than on humans. Like bed bugs, bat bugs are nest parasites that are not able to stay on their hosts very well, especially during flight. When bats roost on or in structures, bat bugs may attempt to parasitize humans if there are not enough bats to feed upon or the bats leave due to seasonal migration or exclusion efforts.

If bats are roosting in a structure, they need to be excluded before attempting to manage bat bugs. Exit points can be identified at night as bats leave the structure and then closed before they return (avoid bat exclusion from late spring to early summer as baby bats may remain in the roost). Once the bats are gone, treat cracks and crevices around the roost with a residual insecticide, especially around light fixtures, vents and utility chases that lead indoors. Wall voids can be treated with a dust formulation.