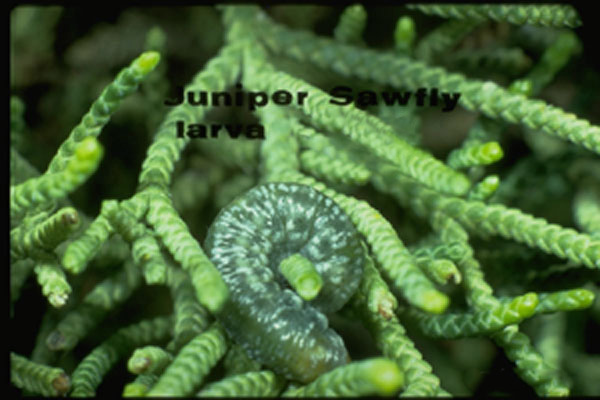 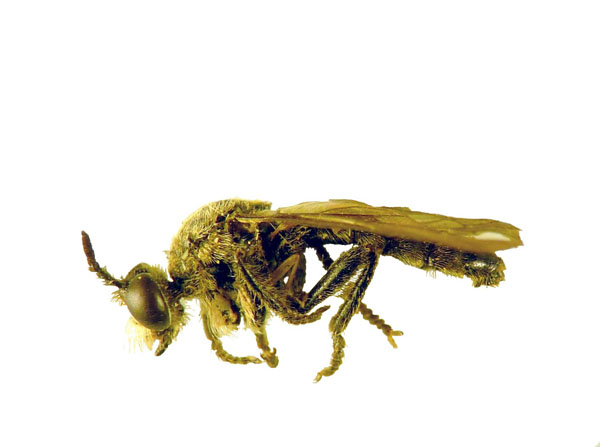 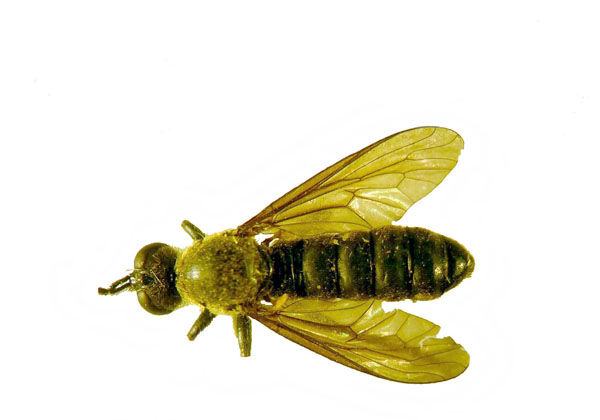 Most species in this genus are native to North America while a few are imported. These include the Introduced Pine Sawfly and the European Pine Sawfly.

This genus of important pests includes about 35 species in North America. It includes both native and introduced species and heavily infested pines may quickly be defoliated and killed. Female wasps cut a slit in the needles using a saw-like plate and then deposits eggs in that cut. The larvae develop over 3 to 4 weeks and pupate on the needles in a crevice. Depending on the species there may be 1 to several generations per year.

The larva can be identified as a sawfly by the presence of 7 pairs of prolegs along the bottom of the abdomen, compared with only 5 pairs on moth larvae. The sawfly larva also has the behavior of slightly rolling the posterior end of the body around the needle as it feeds. Coloration varies considerably from one species to another as well as from immature larvae to later stages. They commonly will have black heads and rows of black spots along the sides and the top of the body, from front to back. The adult wasps vary in color from reddish-brown to black and have a short, compact looking body. The abdomen has parallel sides and is joined broadly to the thorax. The wings are relatively short and have a venation characteristic of the family.

Most effective will be applications of contact insecticides applied when the larvae are first noticed on the trees. Insecticidal oils and soaps can be effective if applied thoroughly and when larvae are young.