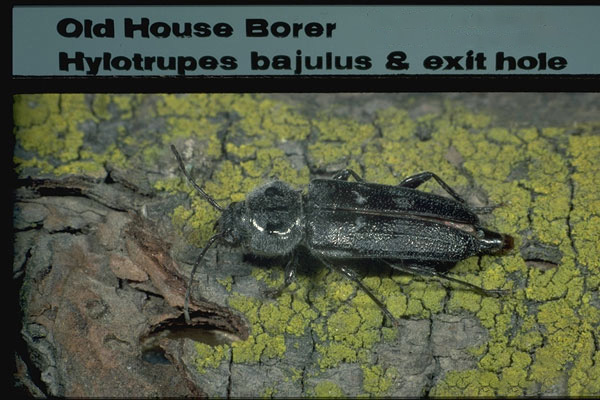 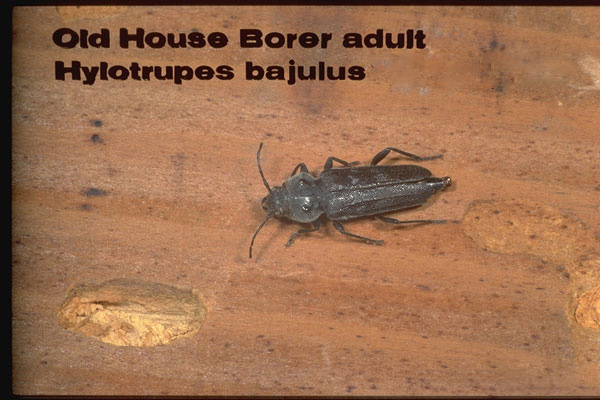 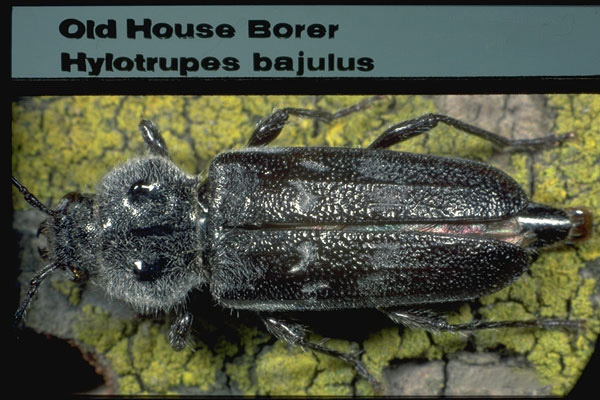 This is one of the only members of its family which, in the United States, will re-infest structural wood members. Other species are only present if they were in lumber used in the construction. The Old house borer feeds on coniferous woods such as fir or pine, and will attack dry, seasoned woods, in older houses as well as new, although newer wood is preferred by the beetles. It usually will be built in with infested lumber, but once in a structure it can re-infest for many generations. It is not found infesting woods in natural settings outside of structures. The males mate with females immediately upon emergence of the female beetle, and she lays her eggs in cracks in nearby wood. The larval stage may complete in as little as 2 years, but 3 or 4 years is more normal, and it may last for over 10 years, depending on the conditions in the wood. The repeated infestations can reduce the wood to a powdery consistency. Adult beetles live only about 2 weeks.

The long-horned beetles are identified by the antennae, on which the second segment is much shorter than the third segment. The Old House Borer adult is about 1 inch long and slightly flattened from top to bottom. It is a shiny dark gray to black with several light gray bands on the elytra about half way down them. On the top of the prothorax there is a pair of raised bumps, one on either side. The larva is typical of the Cerambycidae, as a round-headed borer. When viewed head-on it is very round in shape, essentially without visible legs, and grows to around 1.5 inches long. On each side of the head there are 3 ocelli, or simple eyes, arranged in a vertical line.

The use of clean, non-infested lumber is critical, for these beetles begin by being built in. Control of moisture will inhibit their ability to re-infest once they are in a structure. Extensive infestations will likely require fumigation of the structure, but smaller levels of activity may be successfully controlled with localized injection of a residual insecticide into the infested wood.