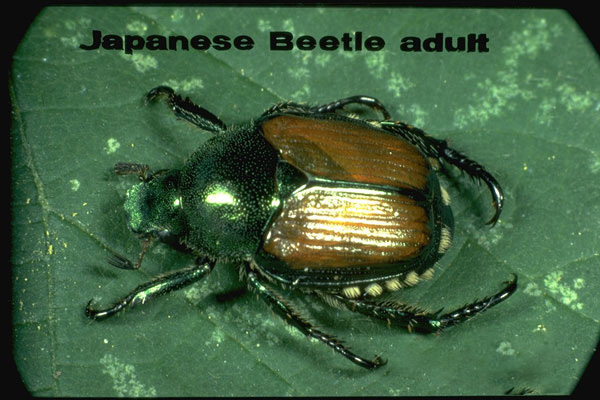 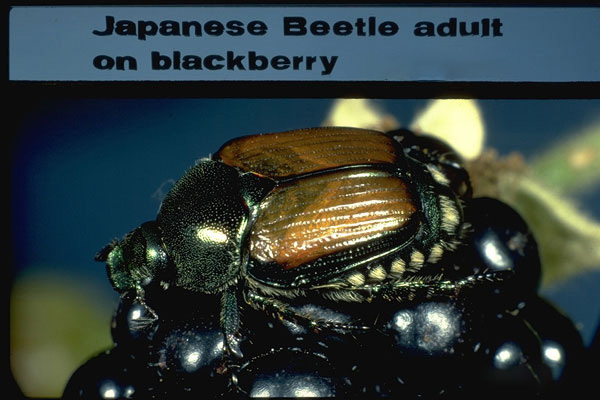 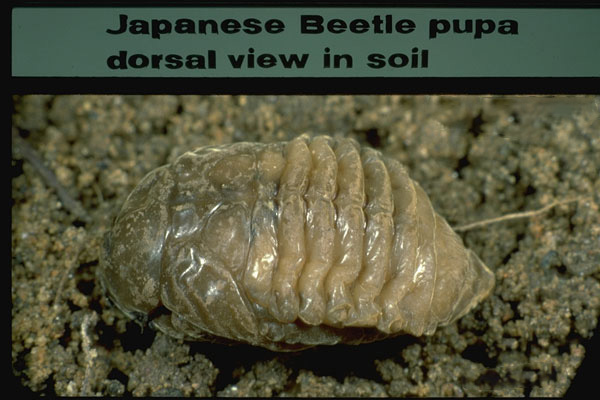 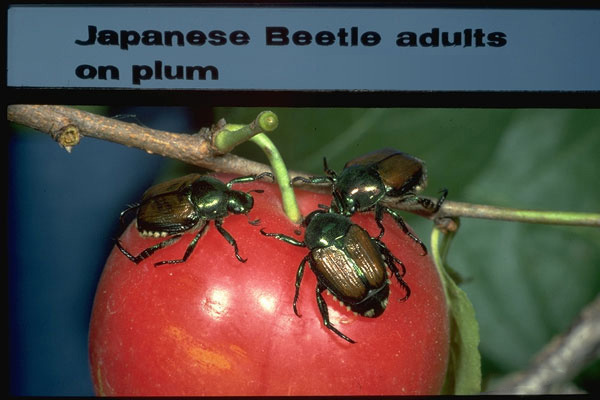 This terrible pest is a native of Japan, but was first discovered in the U.S. in 1916 in New Jersey. It now occupies and heavily infests the entire Northeast U.S. and southeastern Canada, with the Mississippi River about its western border.

The larvae feed on the roots of grasses and will be extremely damaging to turf. There is a single generation per year in most areas, but the life cycle may require 2 years in cooler northern regions. Late stage larvae overwinter and adult beetles emerge in late spring. The adult beetles gather and feed in large accumulations, damaging or defoliating shrubs, trees, and agricultural crops. Their feeding usually causes skeletonizing of the leaf, leaving only the thicker veins behind.

This beetle is about ½ inch long with a dark metallic green thorax and shiny coppery colored elytra. A very distinctive character is the row of 5 white tufts of hairs along each side of the abdomen just below the edge of the wings.

Control is difficult, but combines trapping with chemical and biological controls. Trapping at best reduces the numbers of adult beetles but will not eliminate a problem. Biological controls include release of parasitic wasps, the use of a bacterium called milky spore, and the use of parasitic nematodes. The application of contact insecticides has been effective, but with the elimination of organophosphate and carbamate insecticides for many uses may be less effective today. Granular insecticides can be applied when the larvae are feeding near the surface.