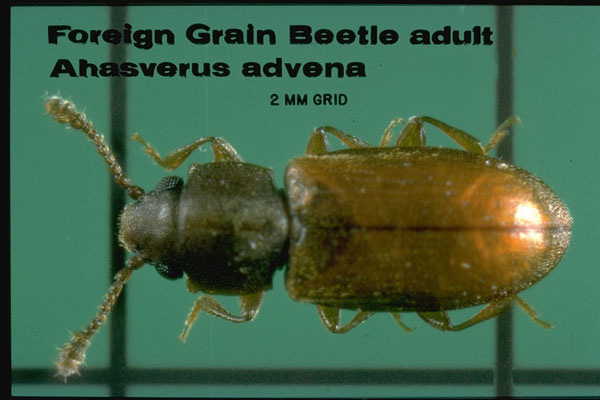 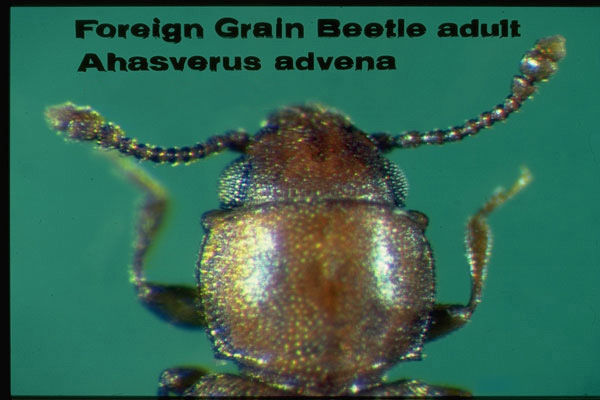 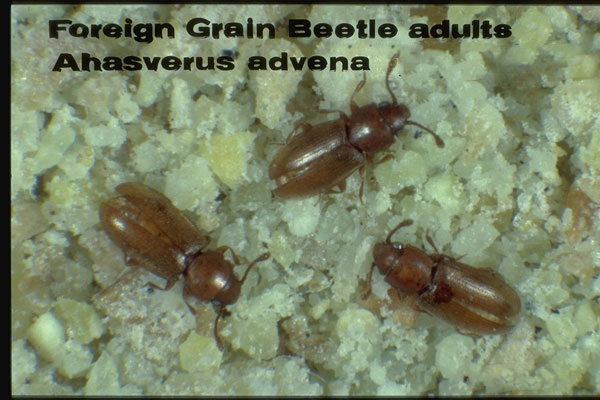 This beetle occurs worldwide, and its exact origin may not be known.

The importance of the Foreign Grain Beetle to the stored food industries is fairly low, for these beetles feed primarily on molds and fungi. However, stored foods that are slightly damp may support sufficient molds for the beetles to be attracted and sustain themselves. The presence of the beetles has been traced to fungi growing on damp wood members in structures, and to caches of pet foods stored in wall voids by rodents.

This is one of the tiniest of the beetles infesting food. It is less flattened than some of the other grain beetles to which it is related, but still has the elongate, narrow appearance. Unlike the Saw-toothed grain beetle the sides of the prothorax are not lined with teeth, but instead there is a single tooth-like projection at each front corner of the prothorax. The color ranges from light tan to reddish brown.

Control of moisture is important, given the dietary preference of this beetle. Old, spoiled foods need to be discarded, and the source of the infestation when beetle adults are found simply wandering around must be determined and removed.