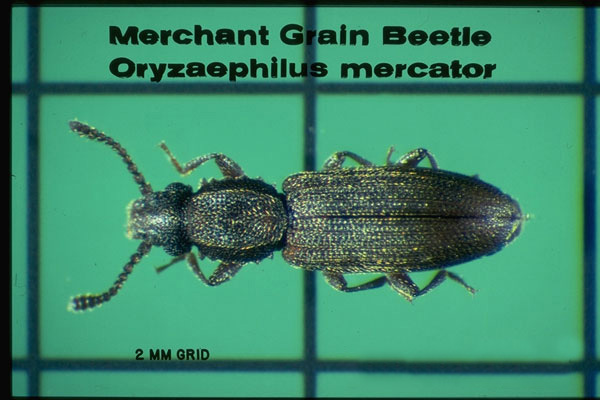 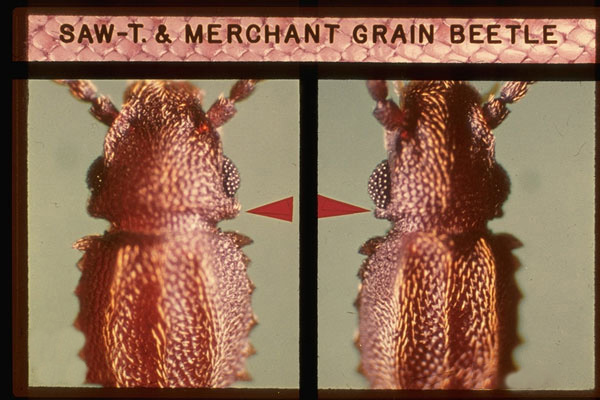 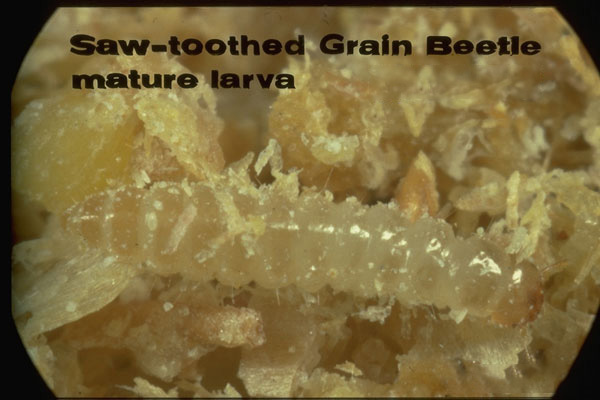 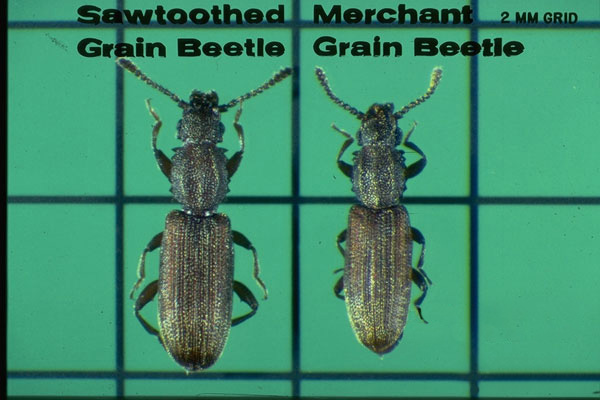 The tiny grain beetles are members of a family of beetles that often are found under the loose bark of logs, where they are predators on other, smaller arthropods. The grain beetles sometimes are placed into a separate family called the Silvanidae, or “flat grain beetles”. These are all extremely flattened, narrow beetles which are capable of entering packages of food through the smallest of openings. They will feed on the wide range of vegetable-based food products, including rodent baits, but are not capable of attacking whole, unprocessed grains that are in good condition. The insects are relatively inactive in cool weather, and begin egg laying in the spring, the female laying up to 285 eggs. The period from egg to adult varies, but under optimal conditions of warmth and humidity it can be completed in about 1 month. The adult of this species is able to fly.

The Merchant Grain Beetle and the Sawtoothed Grain Beetle are extremely similar and have similar habit and importance. The principal difference can be seen with good magnification, and that is the space between the eye and the back of the head. In the MGB this space is very narrow and is less than half the diameter of the eye, whereas in the STGB that space is much wider, and is more than half the diameter of the eye.