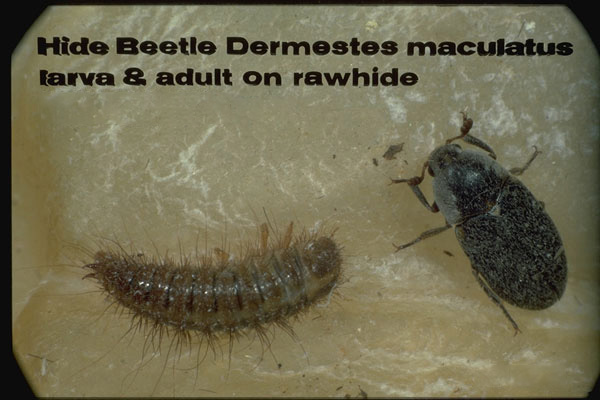 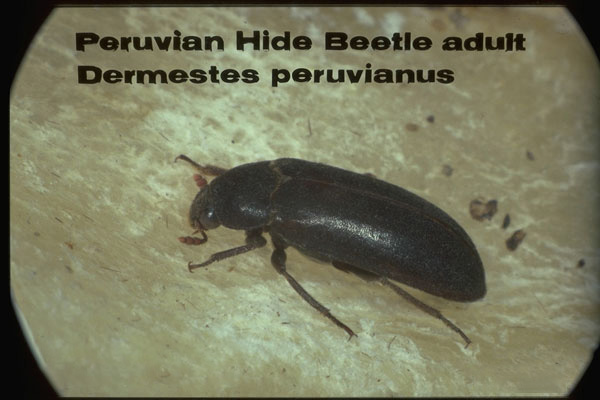 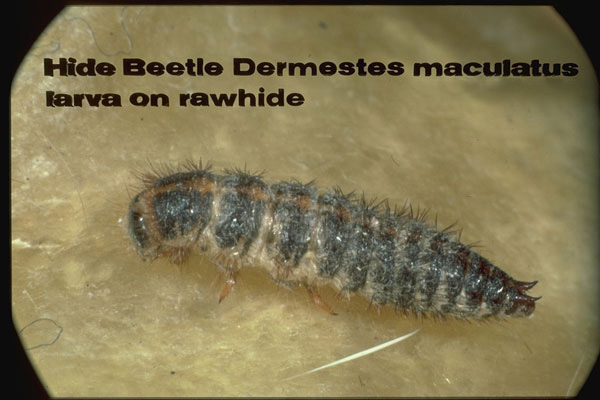 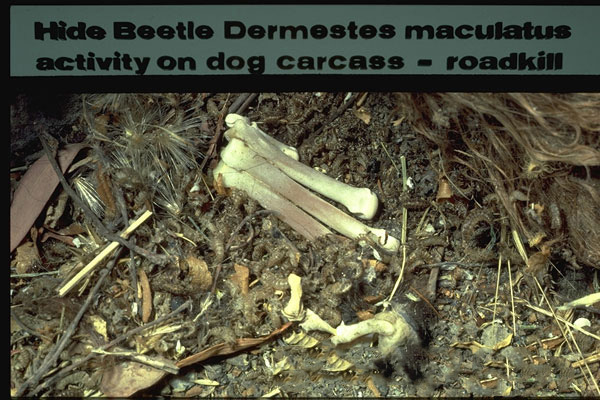 A number of species exist in this genus, including the common Dermestes maculatus, a species found worldwide and possibly originating in Europe or Asia.

The Hide Beetles feed primarily on animal products as a scavenger, particularly on the flesh and skin, thus giving it the common name of “hide” beetle. They are used in museums to remove the last flesh from bones that are to be mounted as museum specimens, and may be found in carcasses on the ground, including human corpses, where their presence is used in the science of Forensic Entomology to determine facts about the crime scene. The hide beetles are not particularly a pest of food products, but prefer hides and skins, and thus may be problems for taxidermists or museums with mounted specimens. Their presence in a structure usually is a sign that an animal carcass exists in attic, crawl space, or walls. Females lay around 750 eggs in small batches, and development time for the larva is around 2 months or less. Just prior to pupation they wander away from the food material, and very actively search for a pupation site. They may bore into solid materials to create this protected cavity, causing great damage when their numbers are high. Adult beetles live for less than 3 months, and during this time they too feed on animal skins. They may be attracted to light as adults, and can be found in window ledges.

Larvae of hide beetles are large and very spiny hairy. They are elongate and carrot shaped, and most of their coloration is wide, dark gray bands around their body. Adult beetles may be up to ½ inch long and oval and somewhat flattened. They have a powdery gray color, and some species have a bright white belly. Their elytra are fully developed and they are capable of flight.

An inspection to determine the source of the infestation in a structure, which usually will be an animal carcass, and subsequent removal of this source are needed. In inaccessible areas the injection of a pyrethroid insecticide or a dust formulation may kill adults and larvae.