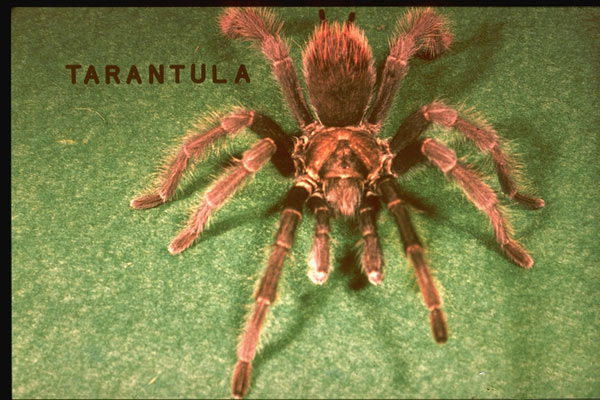 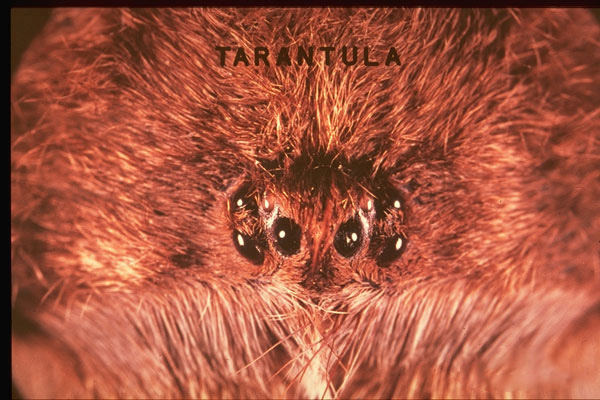 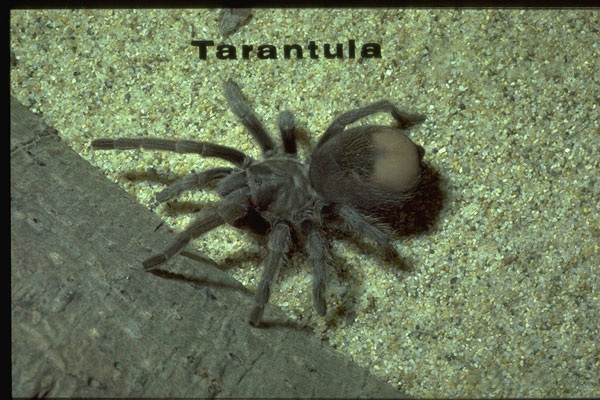 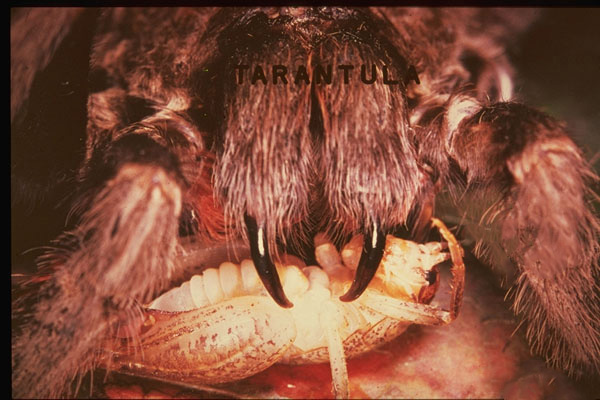 The tarantulas are easily our largest spiders, and while they terrify most people they are, in reality, very little risk. Their venom is not particularly dangerous to people and the North American species tend to be fairly docile, biting only when they feel personally threatened. With their long fangs they are perfectly capable of biting though, and along with a diet of insects they may also feed on baby rodents, birds, or even reptiles. In addition to their bite the tarantulas can defend themselves by flicking hairs off their abdomen into the face of an enemy. These “urticating” hairs can cause extreme pain in the eyes, mouth, or on sensitive skin, and it leaves the spider with a bald spot on the top of the abdomen until it molts to a new exoskeleton. It may take tarantulas 8 to 10 years to reach sexual maturity, and males usually die within a few months after this. Females are known to live for up to 25 years, and they may have bodies up to 3 inches long and a leg span of over 6 inches by this time. They are hunters, catching their food on the run, and their silk is used only for lining their living quarters and for covering their eggs. They are nocturnal animals, and hide in burrows under other objects during the daytime, except during mating season when males may be seen in abundance in daylight hours.

Tarantulas are commonly dark brown and covered with hairs over their entire body and legs. Very long mouthparts called palps also extend from the front of the head, giving the appearance of a fifth pair of legs. The six to eight eyes are arranged as a close grouping or clump, in the middle of the front of the cephalothorax.

There is little reason to control these beneficial spiders, and physical and cultural practices are the most important means for preventing their presence in an urban area. Removal of all unnecessary objects on the soil will reduce harborage sites, and good building design will eliminate the ability for the spider accidentally to enter. Rodent burrows are commonly used by tarantulas, and these should be collapsed and filled in. If the occasional spider is found it can be captured alive in a container, and released to an area away from human dwellings.