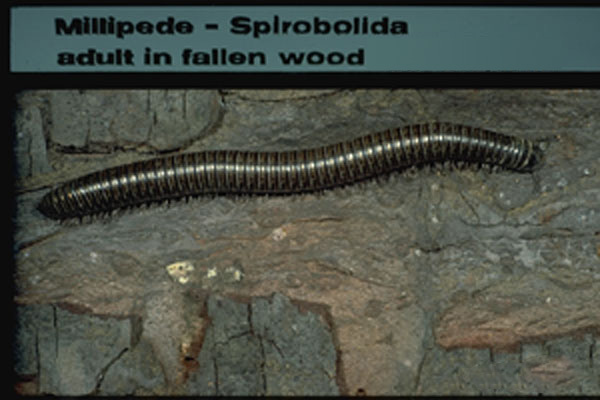 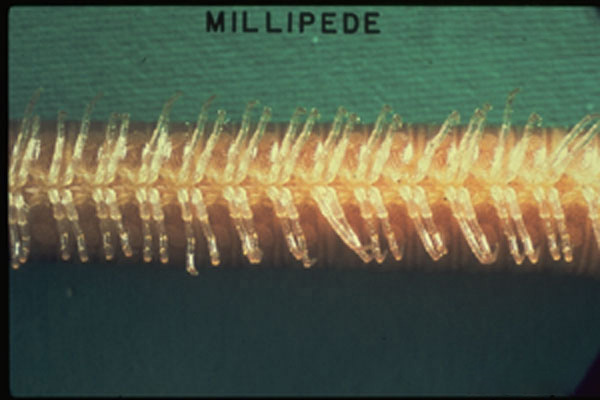 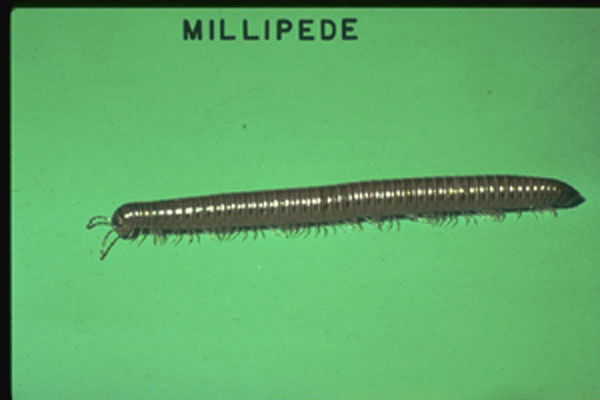 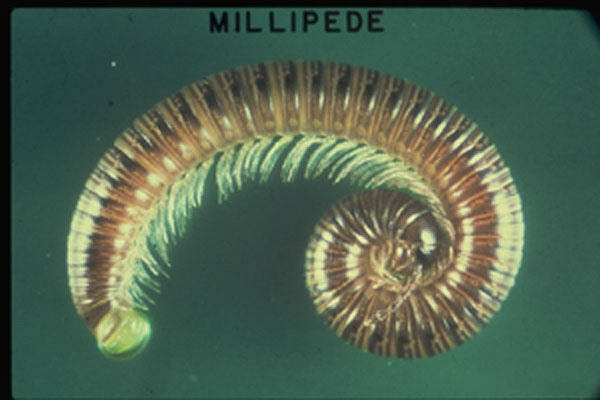 Most are native species in North America with at least one introduced species in the Southeast.

These large millipedes occur throughout North America in wet to damp habitats. They differ from desert millipedes in that they have 2 pairs of legs on each body segment, whereas desert millipedes have only a single pair of legs on each of the first five body segments,. They are small to large species with some very common kinds maturing at just over 1 inch long. They are scavengers that feed on dead plant materials and thus are important in recycling these materials, but also may feed on some green vegetation. When disturbed they coil into a tight spiral and may ooze out an oily fluid from glands near where the legs attach. This fluid is foul tasting but also toxic to any animal that attempts to eat the millipede.

The mature adults may grow to over 6 inches in length for some of the largest species. They are elongate and cylindrical and usually dark brown to reddish brown. They have 2 pairs of short, thin legs on each body segment.

These millipedes often migrate when their habitat dries out, moving into landscape to seek a suitable environment. They also may invade structures during this time, so exclusion is important in keeping them outside. Treatments with contact residual insecticides around the perimeter of the structure will intercept many of them as will treating harborage sites in and near the landscape.