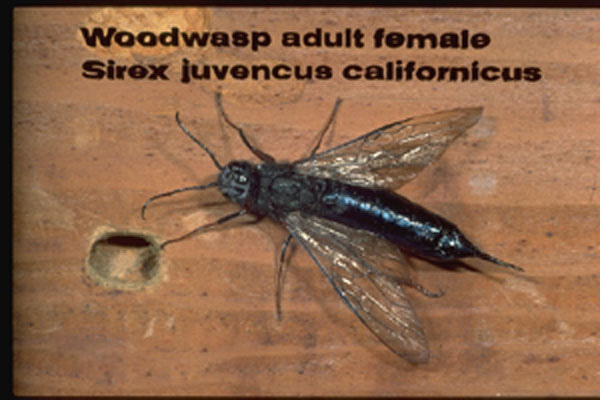 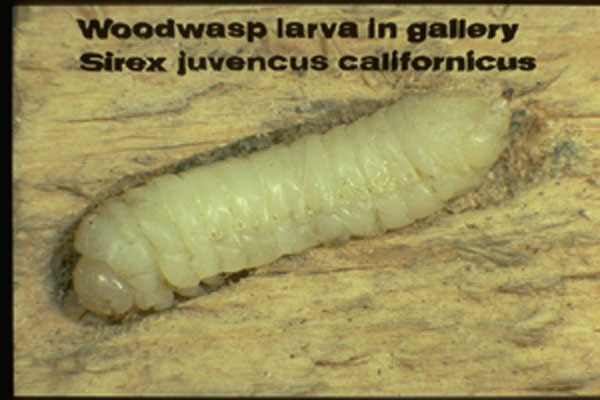 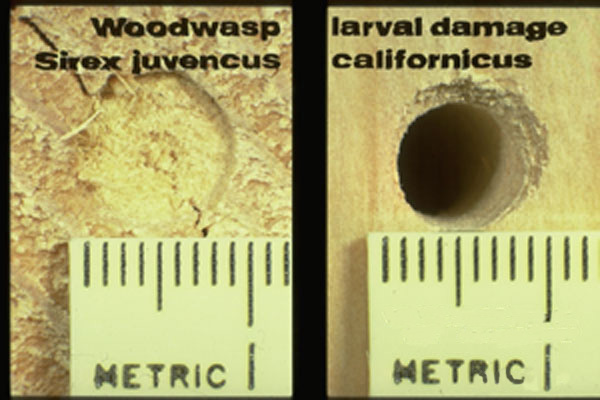 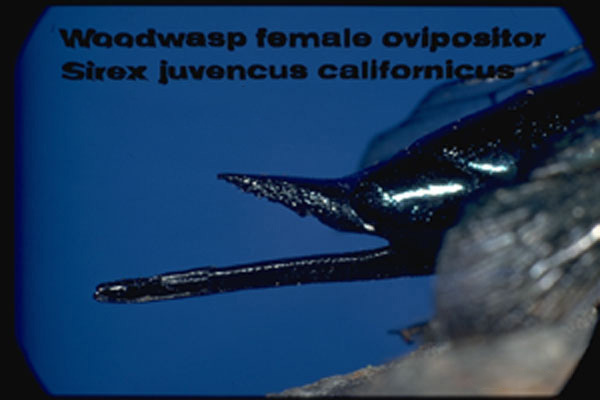 About 18 species of horntail wasps are native to North America, with most species in the western half of the continent.

The horntail wasps derive their name from the presence of a horn-like projection on the top of the last segment of the abdomen on the female. These are solitary wasps whose larvae feed within the sound wood of dead trees, gathering their nourishment from a fungus that grows with them as they bore through the wood. The female wasp will lay her eggs only on the bark of trees, injecting them below the surface. In this way it is common for lumber to be milled with the wasp larvae already in it, allowing the larvae then to be built into a structure. The wasps will not infest wood already in use. Once the adult wasp develops it bores its way out of the wood through whatever is in its way, creating pencil-sized round holes in sheetrock, paneling, wallpaper, or even tiles. The adults then go to lighted windows to attempt to escape. These wasps cannot sting or bite, but due to their large size and loud flight are greatly feared by occupants of the structure in which they emerge.

Wood wasps can be over 2 inches long in the females, from head to tip of ovipositor. They are black or metallic blue, or with bands of yellow or orange on them. The females have the very long, thick ovipositor extending directly behind her abdomen. The abdomen is elongate with parallel sides, it is joined broadly to the thorax, and the antennae are somewhat curled. The larva of a wood wasp is similar to wood-boring beetle larvae, but it has a short, sharp spine on its rear end. It has 3 pairs of very short legs and no abdominal prolegs.

When these wasps are emerging from structural wood members it is best to allow it to run its course, and once all the wasps have emerged the holes can be repaired. There is little damage done, and normally the small number of wasps present do not warrant fumigation or other control measure. They will not reinfest.