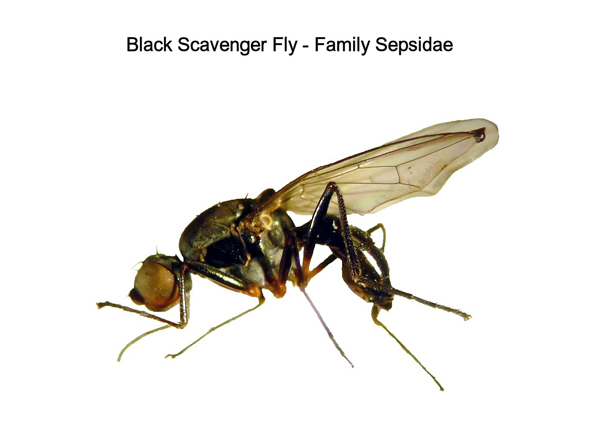 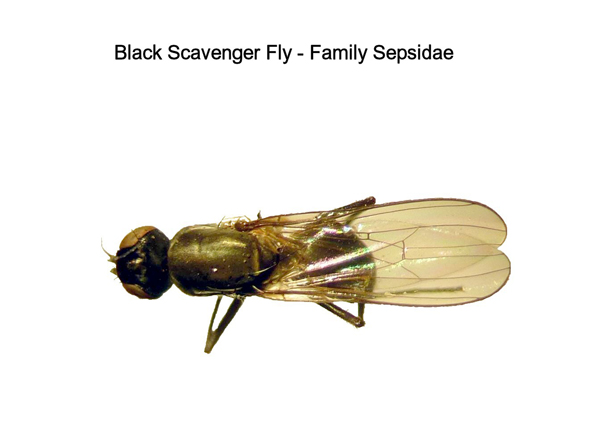 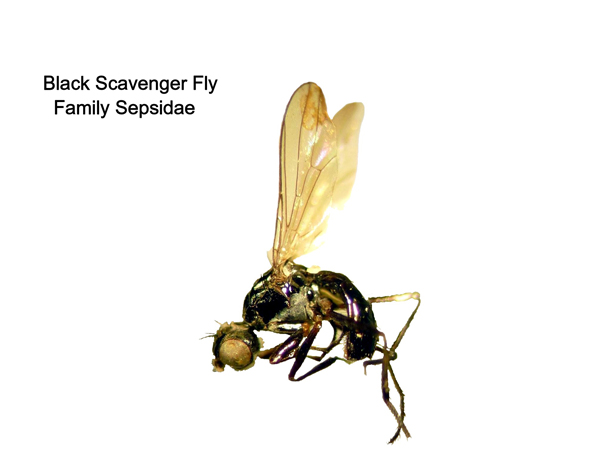 Three or more dozen species of these native flies are found in North America.

As their name suggests, the larvae of these flies feed on decaying materials such as plant matter and animal excrement. The adult flies are often found in the vicinity of these food resources and while at rest will often wave or flick their wings intermittently. They may be particularly common around livestock and the abundant fecal material available, and are considered to be important decomposers and recyclers of that waste material. Their presence in a home indicates the presence of some larval food resource that is a sanitation problem to be removed. Because of their association with animal wastes and other rotting materials they may be important as mechanical vectors of bacteria from those materials.

Adult flies are similar in appearance to black ants, with a shiny black body and narrow waist and a round head when viewed from above. The abdomen often will be narrowed or constricted at the middle. However, they lack the “elbowed” antenna of ants and have a fairly short antenna of segments of the same size and shape.

Control must focus on finding and removing the decomposing organic material that has drawn the flies to the structure. This may be rotting vegetation outdoors such as thick layers of mulch, pet waste in the yard, or other rotting vegetation. Indoors it may be a dead animal or garbage that has not been properly disposed of.