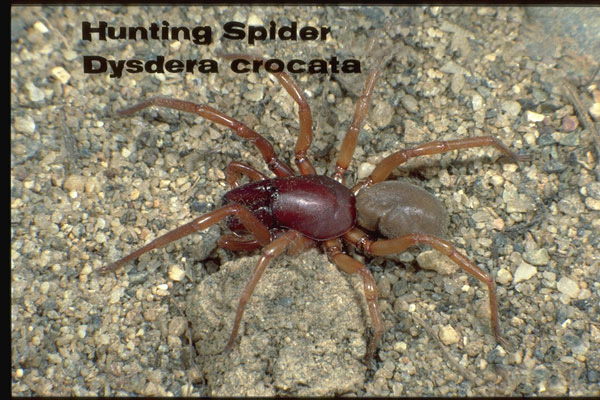 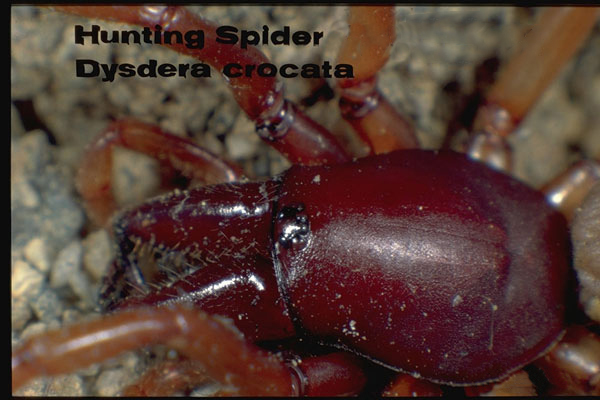 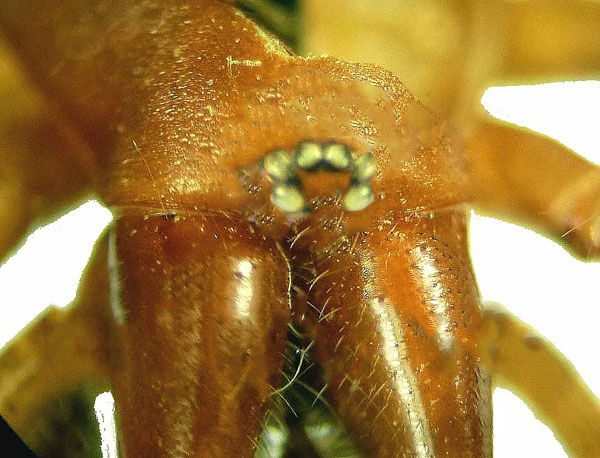 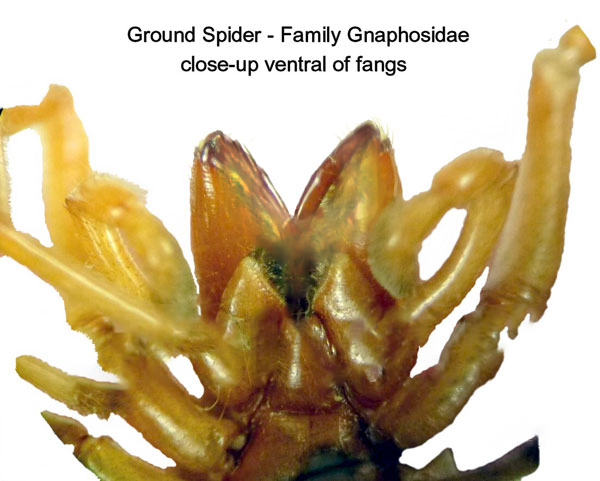 Oddly, this is the only member of this family found in North America, an introduced species from Europe that now can be found throughout the world and throughout North America. It feeds almost exclusively on “woodlice” (Sowbugs and Pillbugs) and frequently enters structures during or following its nocturnal activities. It is well known for the relatively huge mandibles (fangs) that point inward and are capable of piercing the thick exoskeleton of its chosen prey. Because of the direction these fangs point this spider may not be capable of biting humans. They require over a year to mature to a fertile adult and may live up to 3 years.

These are medium sized spiders with a reddish orange to deep mahogany cephalothorax and a tan to yellowish abdomen. The legs are long and orange in color and the fangs, which may be half as long as the cephalothorax, are held out in front or tucked beneath the body while not needed. There are only 6 eyes that are closely grouped together as a row of 4 eyes above the lower 2 eyes.

It should be recognized that these spiders are beneficial, and when found outdoors they are best left alone to serve as predators of Sowbugs and pillbugs. When found indoors the single spider can be controlled with a vacuum cleaner or captured and released alive back outside. The use of a labeled residual insecticide around the exterior, particularly around doors and windows, will help to intercept them when they approach the structure. Keeping a perimeter around the foundation cleared of debris, foliage, and piled materials will prevent them from hiding close to the structure.