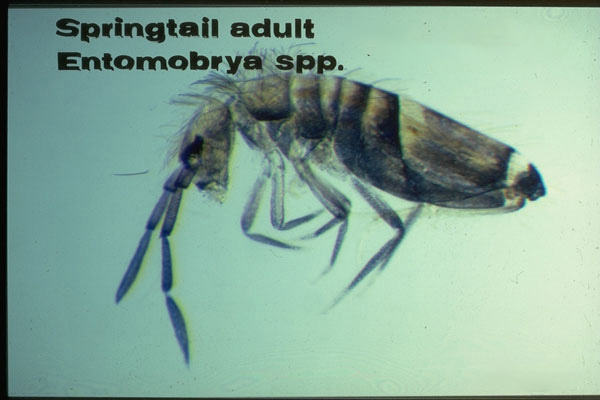 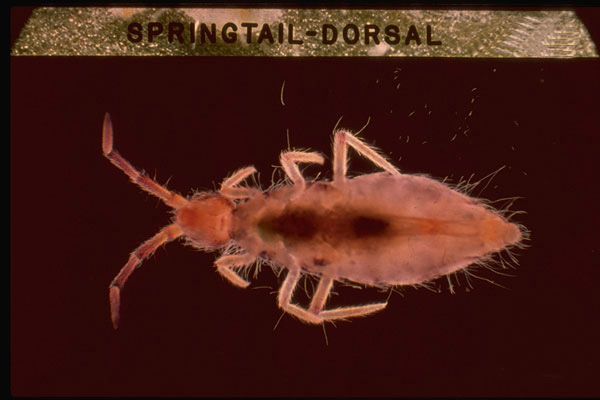 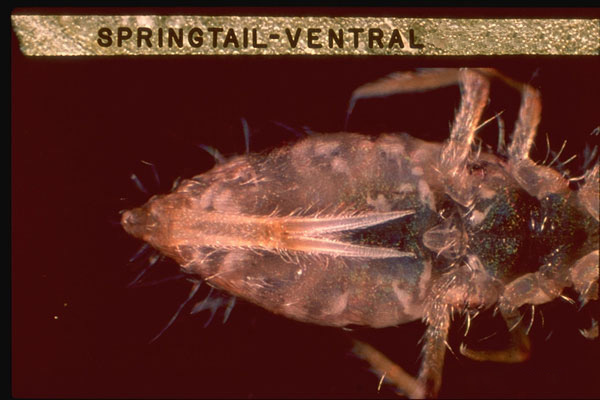 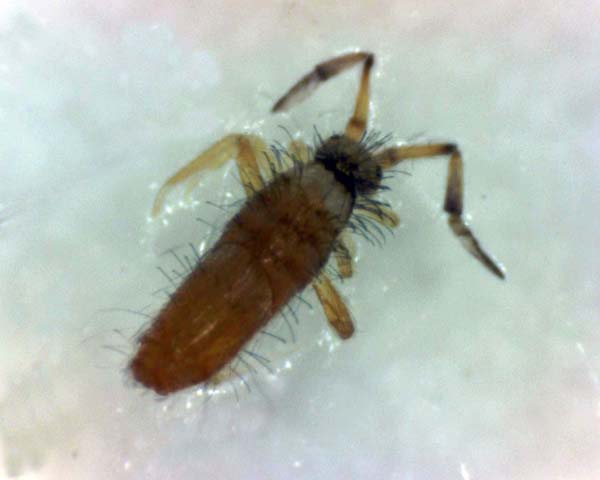 Many species that are native to North America.

A family with many dozens of species in North America. Most are found in the typical springtail habitats of covered, moist situations, such as leaf litter, under loose bark or logs and wood on the soil. They often are found in large numbers, and in general springtails feed on fungi, algae, and decaying vegetation as well as other tiny living creatures. They often enter structures to escape excessively dry or wet weather outdoors, or may live within structures where damp conditions provide their food resources.

Usually gray to silvery-gray in color, about 1/16th inch long, and with a more expanded abdomen than some other families of springtails. These springtails have a very large, well developed furcula attached to the ventral side at the tip of the abdomen, giving them the ability to jump readily and good distances. They have relatively long legs and long antenna composed of just 4 long segments. Under magnification you may also notice long hairs on the thorax and abdomen.

Where they are a nuisance around structures springtails can be minimized by reducing the amount of material on the soil, such as thick layers of mulch, leaf buildup, wood piles, debris. Drying out and exposing the soil discourages these moisture-loving insects. A residual insecticide can be applied to their habitats to kill remaining insects.