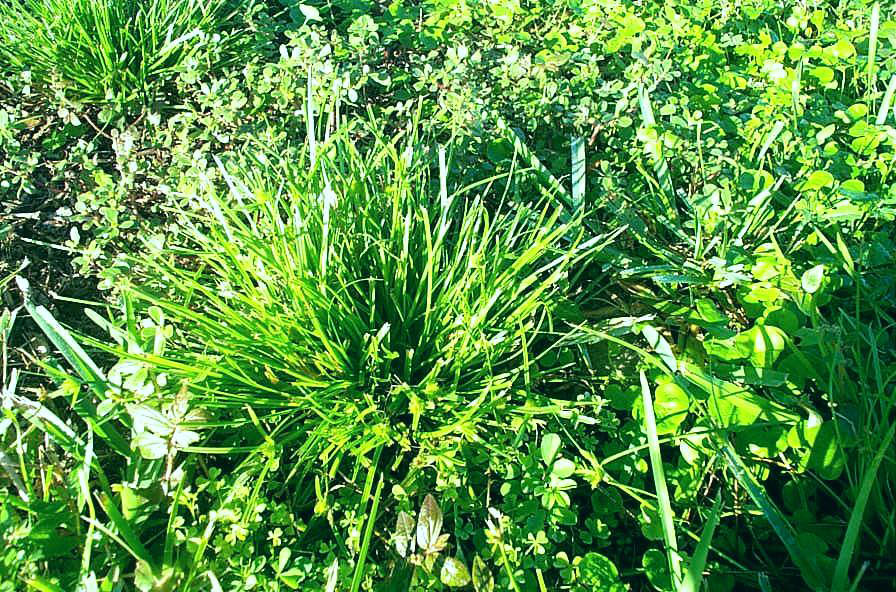 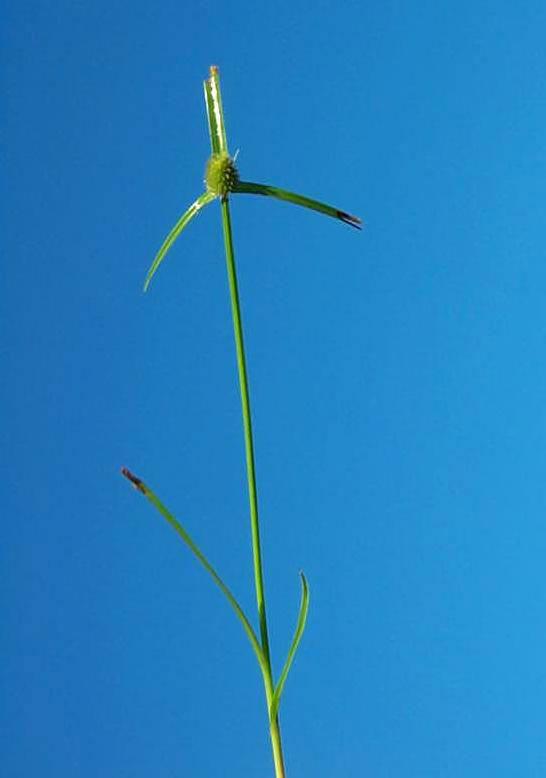 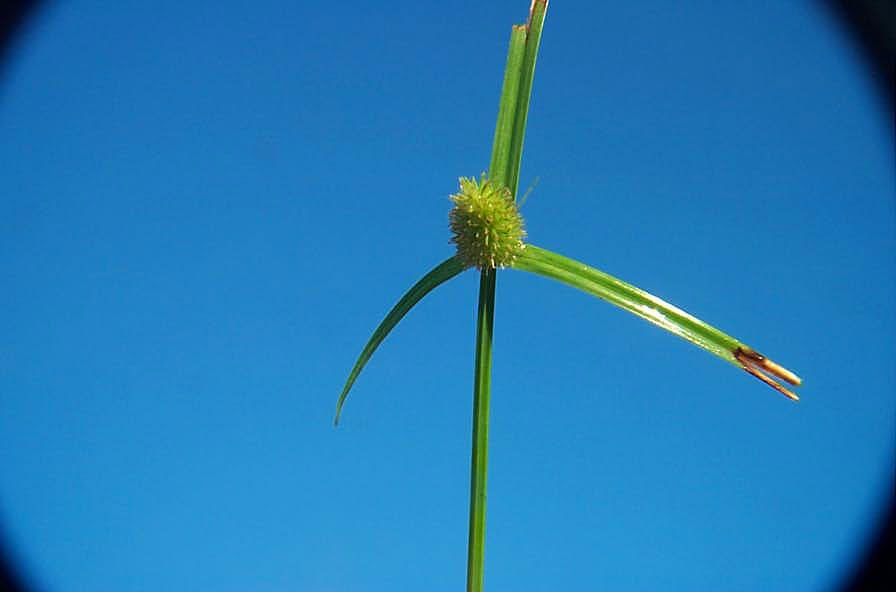 Native to North America, and found throughout most of the eastern half of the U.S. from Kansas and Texas east to New York and Florida, and south throughout Latin America and the West Indies.

A summer annual in most climates, but possibly a short-lived perennial in warm climates. Plants form dense bunches of short stems and leaves. Distinguished from green kyllinga by the lack of rhizomes and by the bunching habit, rather than the mat-forming habit of green kyllinga. Especially common in very moist to wet soils, such as turf, landscape, and along ditches and banks of ponds.

Plants are short, with narrow leaves arising from the base as well as laterally at the top of the thin stems. Flower heads occur singly or in groups of 2 or 3, without a stalk at the top of the stem. Each flower head is an oval, tight cluster of short spikelets. The lateral leaves below the seed heads are very long, slightly V-shaped, and with a distinct mid-vein.