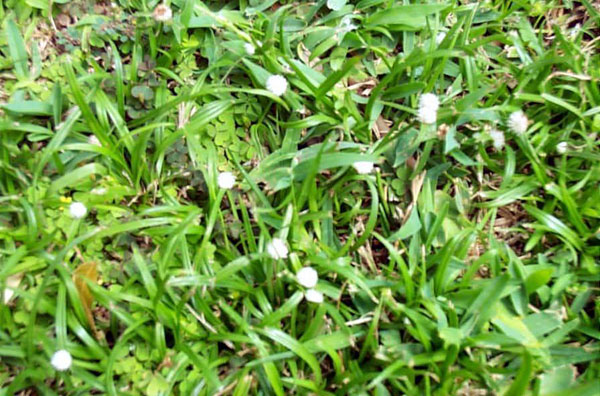 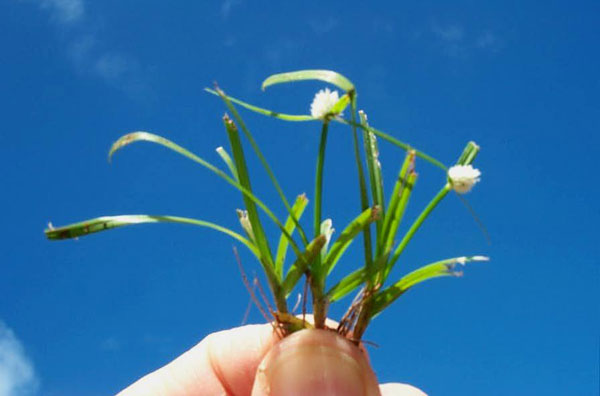 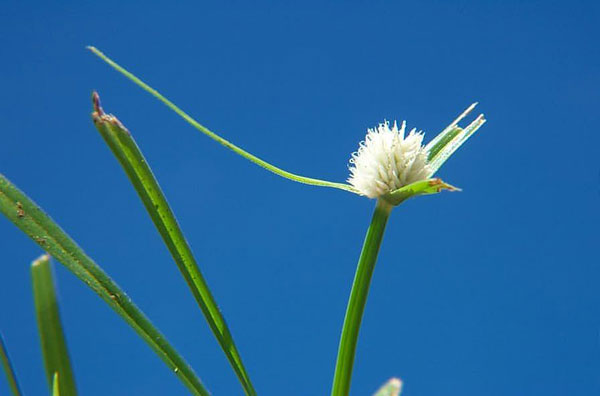 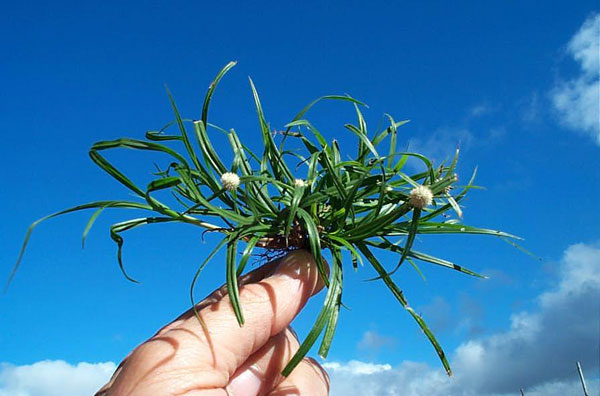 Native to Asia, and introduced to Hawaii, where it is a common turf weed, and even may be used as a turf substitute in some situations.

A perennial weed that reproduces from seeds and rhizomes. It is a low-growing, mat-forming weed particularly conducive to growth in moist areas, and it will adapt to low-mowing heights. A particular problem in turf, but also found in landscape and along roadsides.

White kyllinga is distinctive because of the pure white flower head. This is produced at the end of the flower stalk, and is subtended by several lateral leaves. The flower head is egg shaped or round. Stems are prostrate and form roots at their nodes, further spreading the plantâ??s growth.