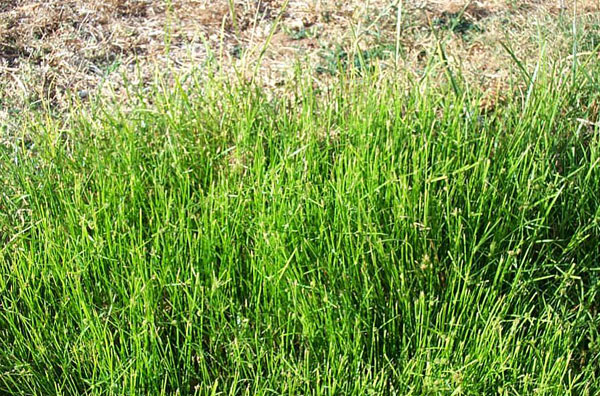 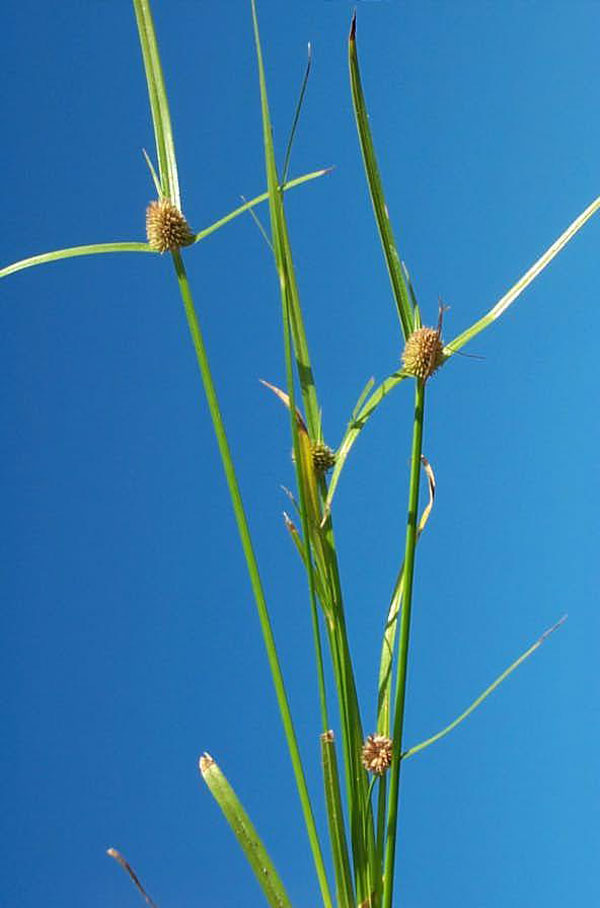 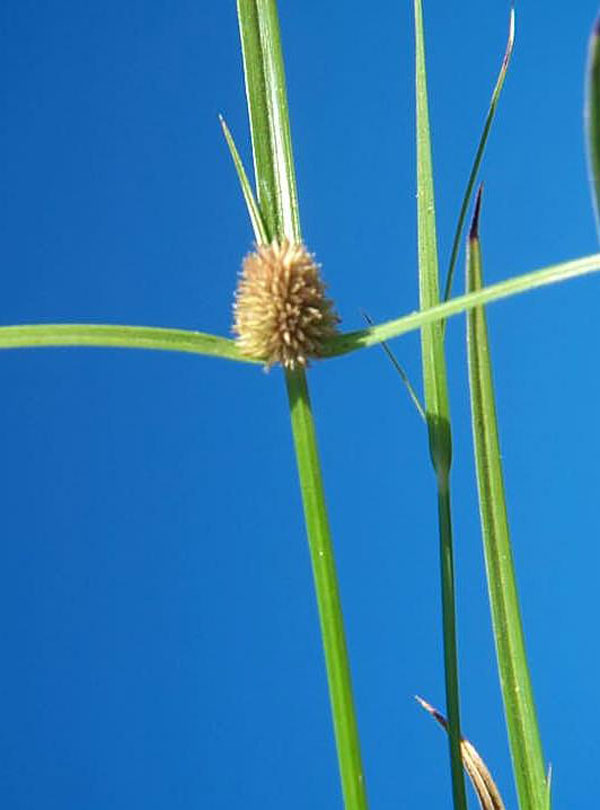 Native to either the American Tropics or Old World tropical areas, and now found throughout the southwestern United States and in Hawaii. It is becoming a major problem in ornamental plantings, and in turf, where it quickly and aggressively crowds out desirable grasses.

A perennial that reproduces from seeds, but spreads by rhizomes as well. It remains green year round, and so closely resembles turf grasses that its presence may remain undetected until it is well established and widespread. If left unmowed it may grow to as high as 15 inches, but it easily adapts to mowing heights of even ½ inch, and will form seed heads on short or lateral stalks.

Closely resembles grasses, but once the seed heads form it is discernible as a sedge. Mature plants are dark green and with long, narrow leaves. Rhizomes rapidly move laterally and form roots at each node, sending a shoot up at this point. The flower head is a small, round, compact, green cluster of up to 75 spikelets. It forms at the end of a long, 3-angled stalk, and at the base of the flower head 3 long leaves grow out laterally.

A perennial reproducing from seeds, but propagating quickly from rhizomes. Closely resembles grasses, but biologically is a broad leaf plant and selective herbicides must be used that are appropriate. A tough, fibrous root system and its aggressive growth habit make hand removal unlikely.