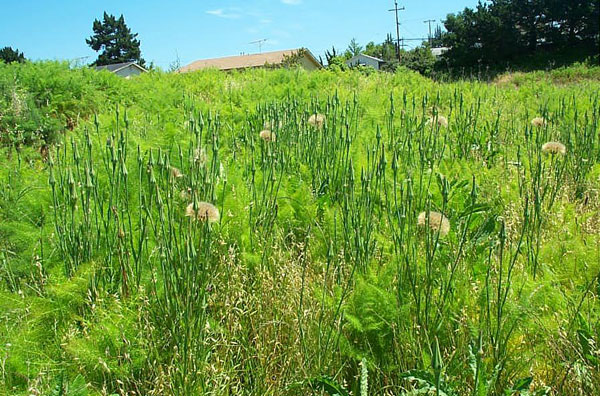 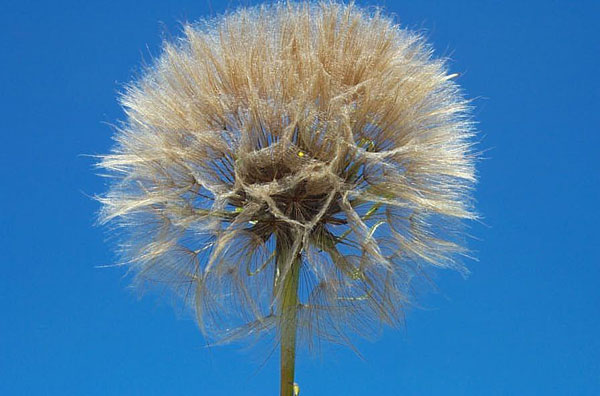 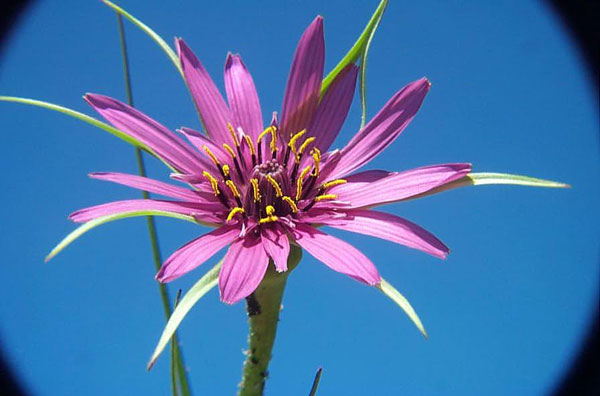 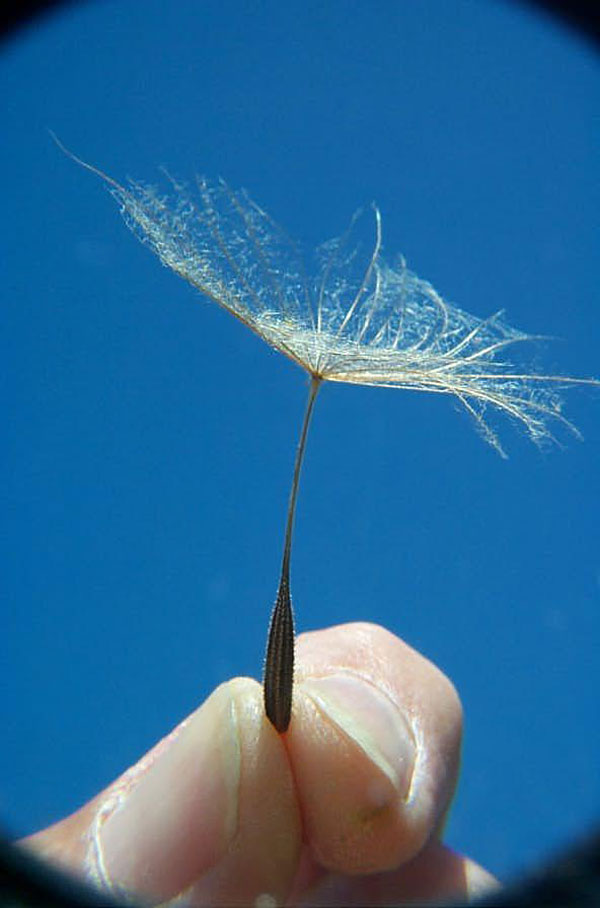 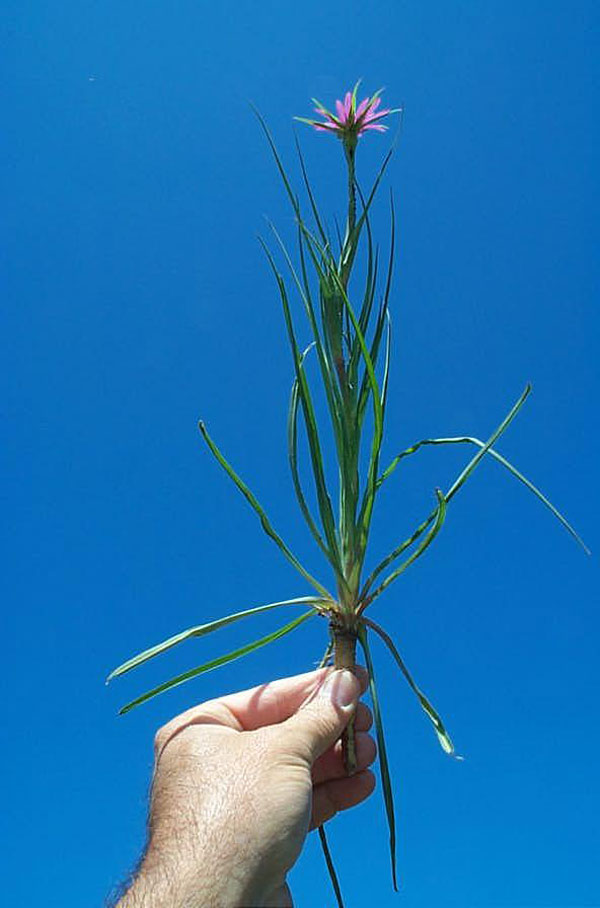 Native to Europe, but introduced to North America as an ornamental plant. It now can be found throughout the entire United States except for a few southeast states and extreme northern states. It is also introduced to Hawaii and is in Canada and south into Mexico.

This is a biennial that reproduces from seeds. It is grown for its edible roots that have an oyster-like flavor when cooked, giving it one of its common names. It has escaped cultivation and can be a very invasive weed in roadsides and other disturbed sites.

Mature plants grow to 3 feet tall, with one to several stems arising from the base and with some branching along the main stem. The root is a long taproot. Leaves are long and grass-like and up to 12 inches long, tapering from the base to the narrower pointed tip. Flower heads grow at the ends of the long, hollow stems and the flowers are purple, distinguishing this variety from Western Salsify, which is yellow. The flower head is widely open, with the long ray flowers lance shaped and pointed, and the disc flowers forming more or less of a cylindrical tube in the center. The seed head is a large, attractive feature, and each seed has a large, inverted umbrella-like achene attached to it that allows it to be carried long distances in the wind.

A systemic herbicide may be most effective in killing plants, due to the deep taproot and ability for the plant to re-grow from this if severed. Pre-emergent control may be effective where seeds are likely to drift to.