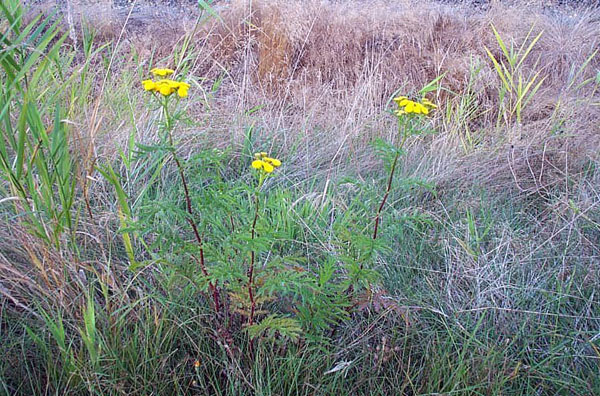 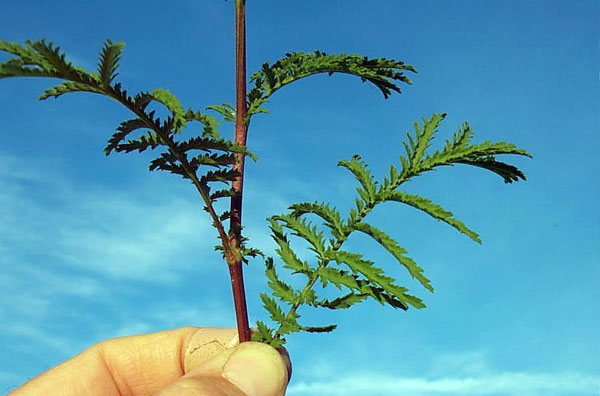 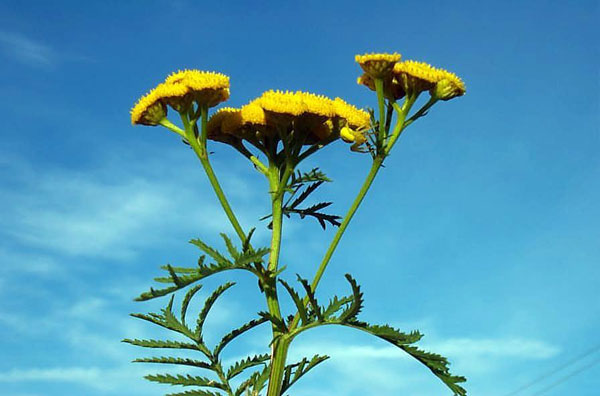 Native to Europe, but introduced to the United States as an ornamental plant as well as for its uses as a medicinal herb. It is found throughout much of North America and occurs along roadsides, in empty lots, stream or ditch banks and pastures.

A perennial plant with foliage generally dying back in the winter. Reproduction is from seeds as well as new growth from root stalks.

Mature plants can be up to 6 feet tall, with showy masses of flower heads at the tops of the stalks. Leaves are alternate and are deeply divided (pinnatifid), or twice compound, into leaflets that are again deeply divided, giving the leaves a feathery look. The flower heads are dense, flat-topped clusters of bright yellow flowers. Each flower head is about ½ inch across, and the entire cluster may be composed of several dozen of these heads, each at the end of a long stalk.

A perennial with a strong and extensive root system, and the ability to grow from root segments, make this a difficult plant to remove physically.