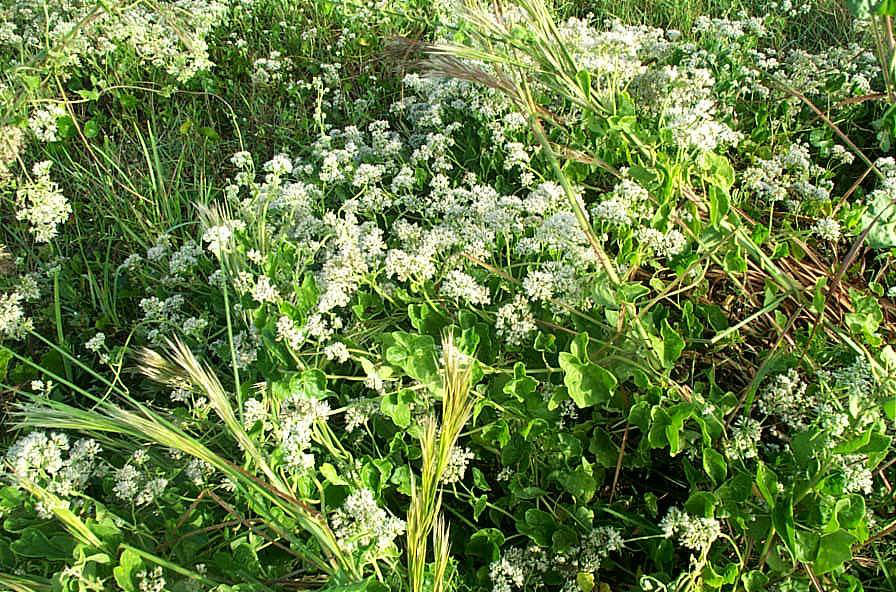 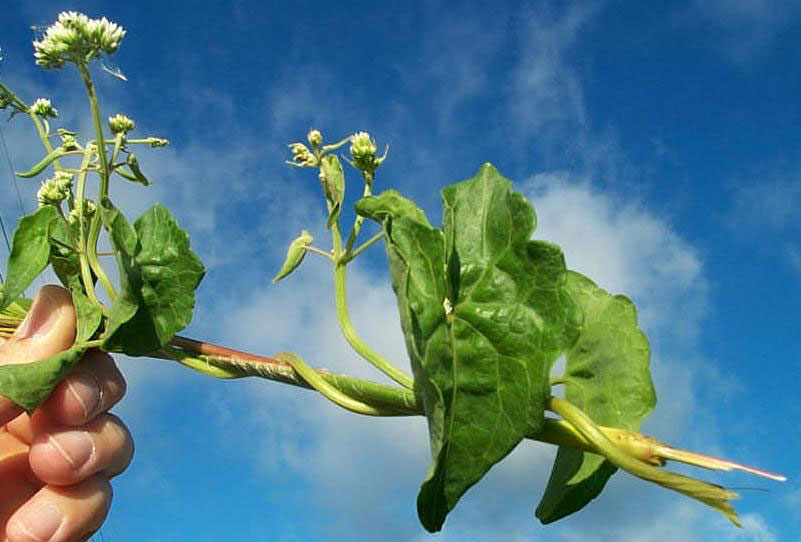 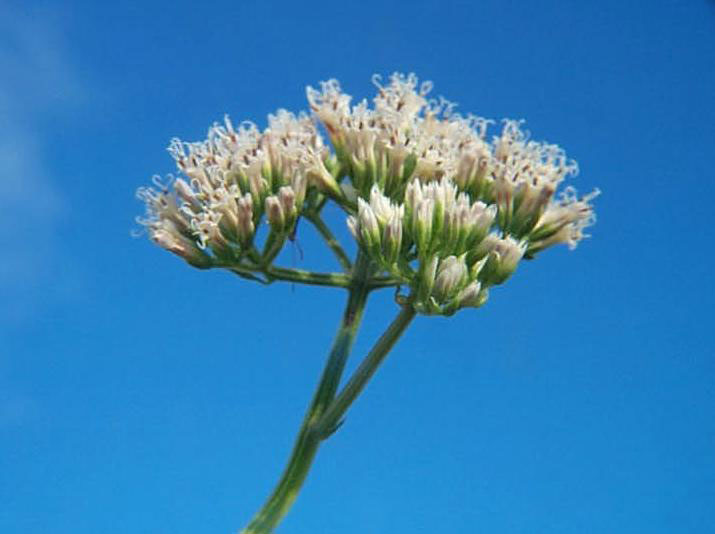 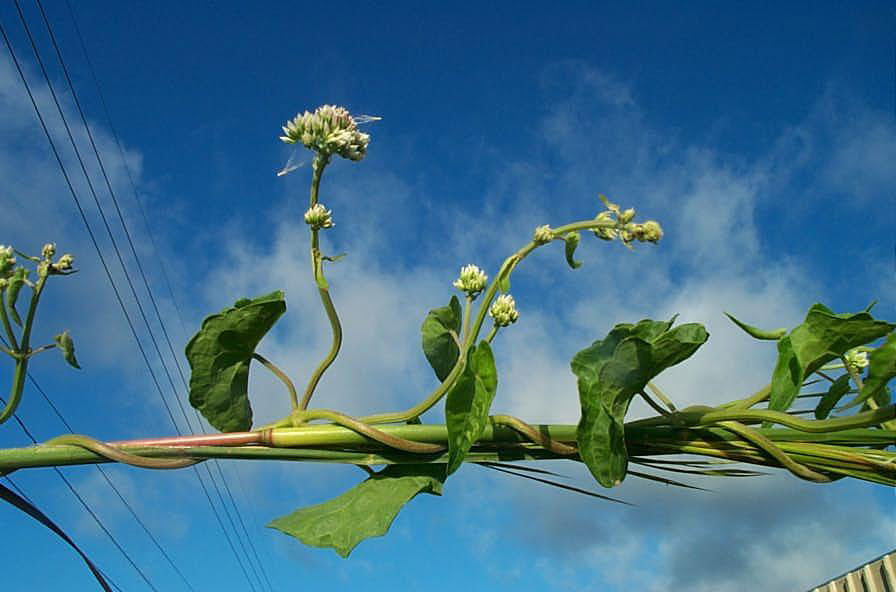 A native plant in North America, found in the United States throughout most of the eastern half of the country, and south into Mexico. It has become a serious pest problem on many Pacific Islands due to its rapid growth and smothering habit. It is listed in Hawaii as a Noxious Weed. It is often used as a cover crop, livestock feed, or ornamental plant, encouraging its spread to new regions.

A perennial vine that strongly favors wet, marshy habitats. It is found along ditch and stream banks and swamps, growing onto and over other foliage that is present. Reproduction is from seeds, although roots will form at the stem nodes as they touch the soil, and broken stem fragments can also develop roots and new vegetation.

Stems are multiple-branched and climbing, and are covered with short hairs. The leaves are opposite, somewhat triangular, and up to 5 inches long. They have a stalk that may be short or up to 4 inches long, and the margins of the leaf are either smooth or slightly toothed. The small white to pinkish flowers occur in dense clusters at the ends of the stems.

Control will be difficult for mature plants growing over other foliage. A systemic non-selective herbicide will control the weed, but consideration must be given for the possible damage to other nearby plants. Due to the habitat and perennial nature physical removal may not be effective.