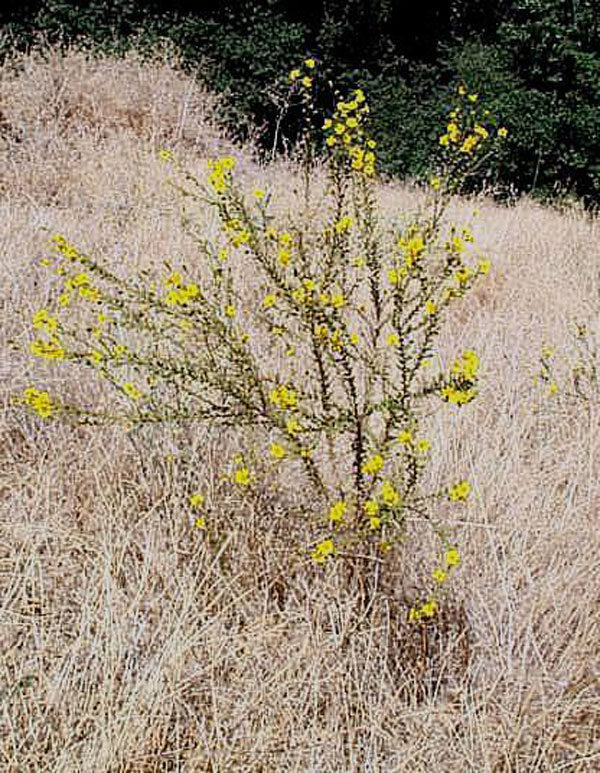 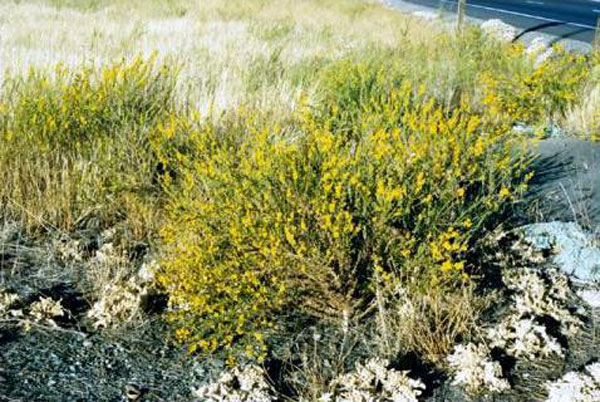 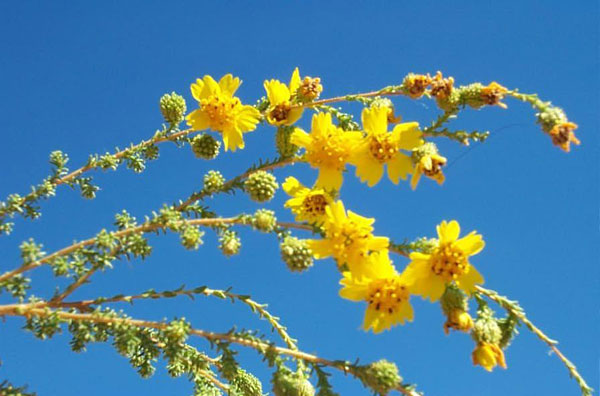 A native plant in California, and extremely common in pastures, disturbed sites, and along roadsides. Also found in Oregon.

A perennial plant whose foliage dies back during winter, with re-growth from the roots in mid spring. One of many species of tarweed in California in several genera, and most species have highly aromatic foliage, as well as numerous glands along the stems that give it a sticky feel. Reproduction is from seeds.

This species of tarweed grows in a sprawling habit, with stems growing to several feet long, some stiff and erect and others growing laterally. The leaves are alternate and extremely small, only about 5 to 8 mm long and narrow and pointed. This gives the plant a sparse appearance. The flowers are yellow, numerous, and at the ends of short stems that grow off of the main stems. There are 5 broad ray flowers that have 2 deep clefts at their tip, and the disc flowers have several dark tipped members, giving the flowers a speckled look.

Physical removal of dead plants may be needed where their roadside growth obstructs visibility. A systemic herbicide will effectively kill all plant parts, and a pre-emergent will effectively prevent seeds from germinating the following year.