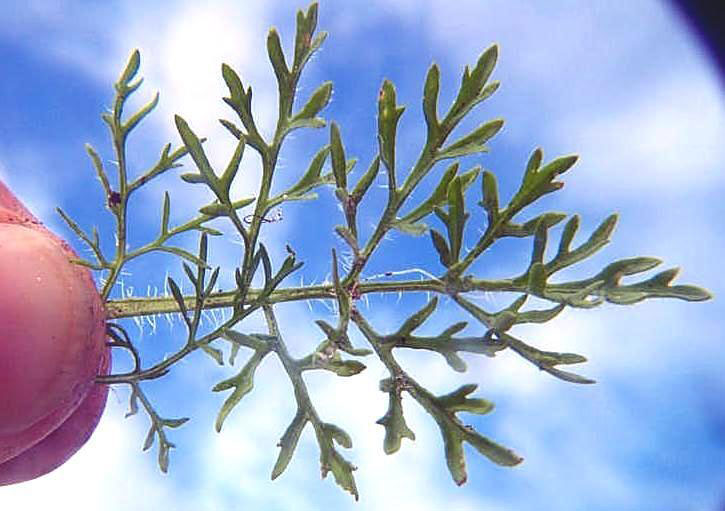 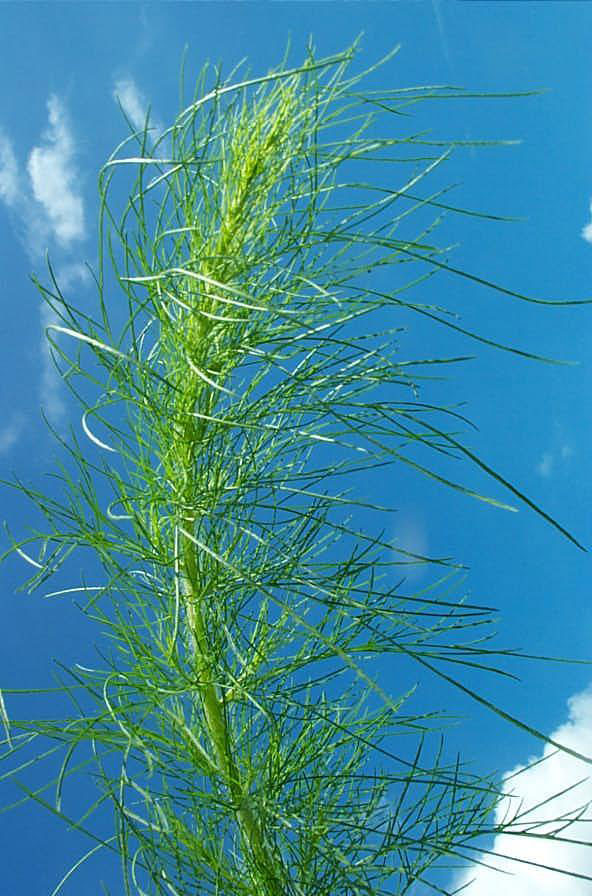 A native plant in North America, and found from New Jersey south to Florida, and west to Missouri and Texas. It also can be found in Latin America south to Guatemala and in the West Indies.

Mature plants can be up to 6 feet in height with one to several stems. Stems are densely hairy and arise from a woody crown. Leaves are fairly large, but are so deeply divided that they appear feathery. Lower leaves are opposite and upper leaves are alternate, and when crushed the foliage gives off a strong aroma. As the plant matures the tips often begin to nod to the side. Flowers occur as small, inconspicuous clusters along the ends of the stems.