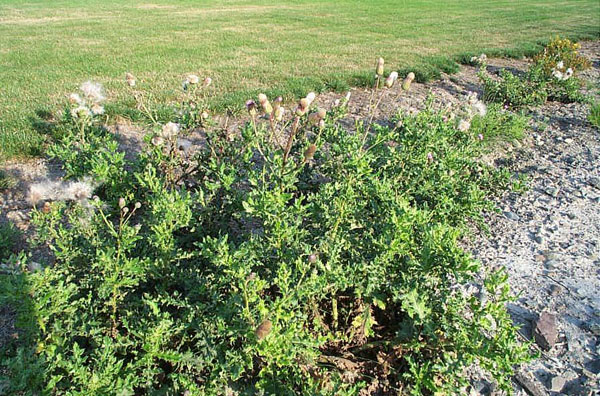 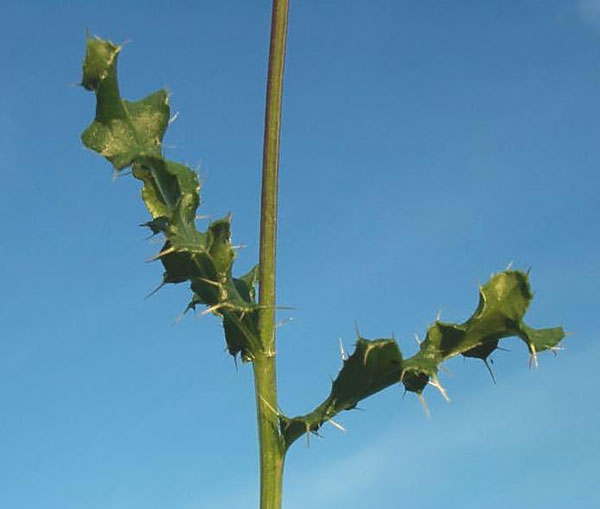 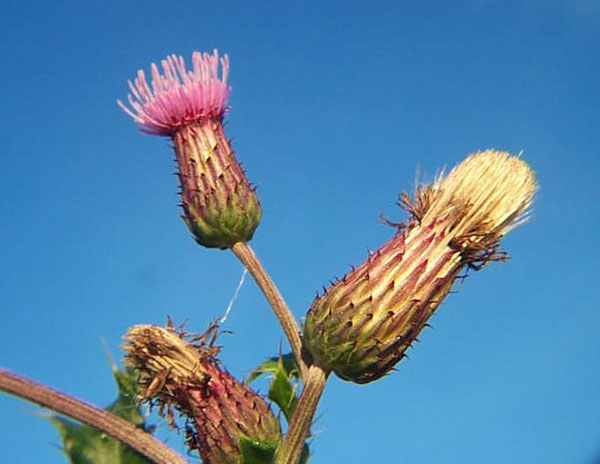 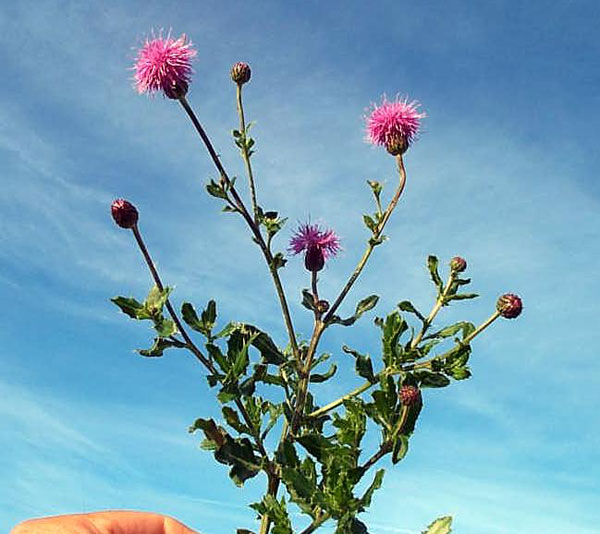 Native to southeastern Eurasia, but introduced to Canada in contaminated crop seeds in the 18th century, and now found throughout the northern half of the United States and southern Canada.

A perennial that forms large, intensive clumps, and has deep and extensive horizontal roots or rhizomes, that allow new plants to grow from these lateral branches to establish thick colonies from a parent plant. Propagation is also by seeds that are easily wind blown, and seeds germinate from late spring to autumn.

Mature plants may be over 4 feet tall, with a main stem but extensive branching from it, particularly along the upper half of the stem where the branches terminate in the flower heads. Stems are grooved lengthwise and are slightly hairy, but otherwise without spines. Leaves are alternate and without stalks, and are very long and deeply lobed. The tip of each lobe is armed with a long, sharp spine as well as shorter spines along the margins. The flower head is an elongate egg-shaped ball of the bracts that are spineless, with the purple flowers above. Flowers have many long thin petals that give the flower head a somewhat soft look. Seeds have a long pappus to aid in wind-dispersal.

These are perennials that propagate by rhizomes, making physical removal of large colonies very unlikely to succeed. Control measures should be undertaken prior to seed production.