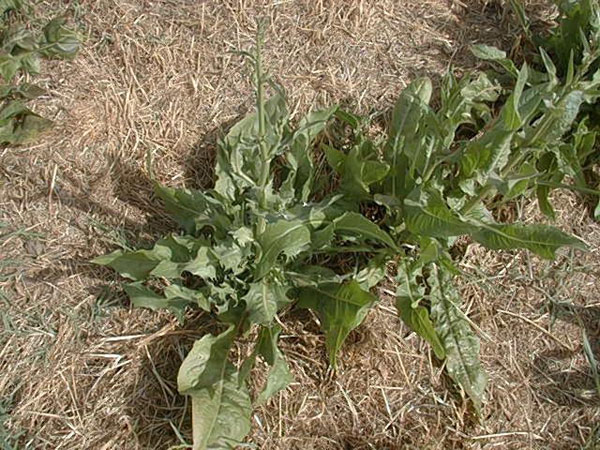 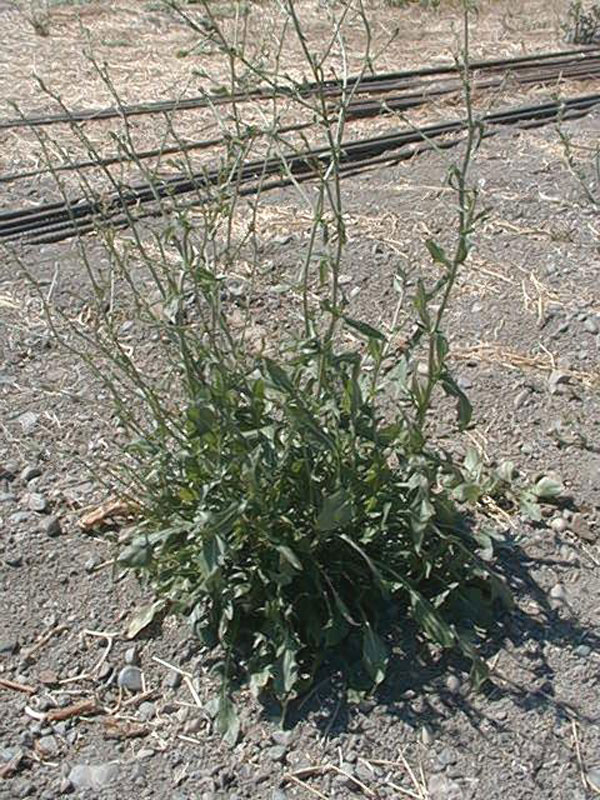 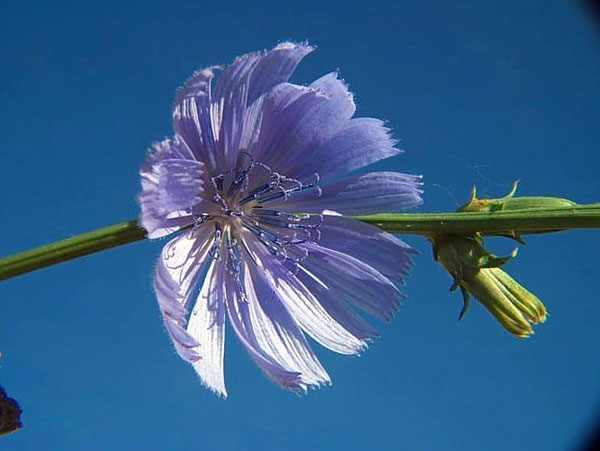 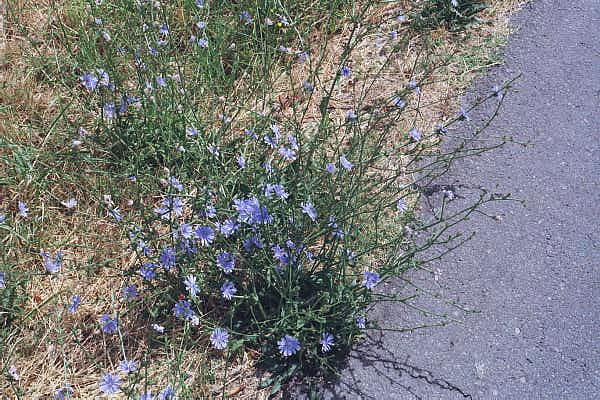 Native to Europe, but now found throughout the United States, and especially abundant in the northern and western states where it is a common roadside weed.

A perennial plant that begins with a basal rosette of leaves laying prostrate, and produces numerous stems through the growing season. Basal leaves and the taproot have a white milky sap that is bitter tasting, but still the roots have been used as a substitute for coffee. The plant may be grown for human consumption, but is capable of causing allergic dermatitis in people. Propagation is from seeds.

Mature plants may be as tall as 3 feet, with a strong taproot and numerous stems. Stems are nearly devoid of leaves and are wiry and branching. Leaves at the base may be as long as 8 inches and are long, narrow, and deeply wavy along their margins, being very similar to dandelion leaves but with a rougher feel to their surfaces. These basal leaves may die back during the flowering season, which is usually in the summer. Smaller leaves will occur along the upper stems, but they are sparsely placed and have clasping bases. Flowers are blue to violet and are very showy, and occur either singly or in small clusters at the axils of the leaves along the upper stems. The flower consists of a dozen or more long petals that have the tips flattened and toothed.