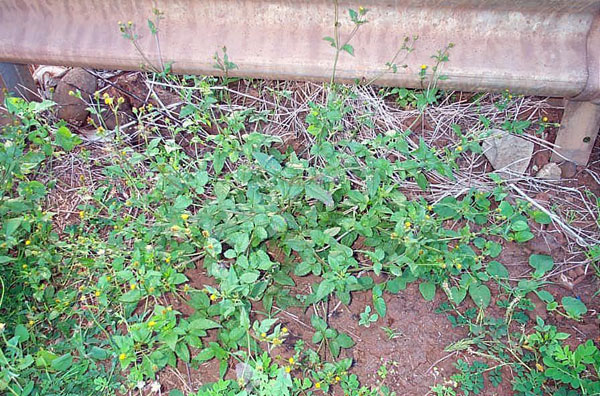 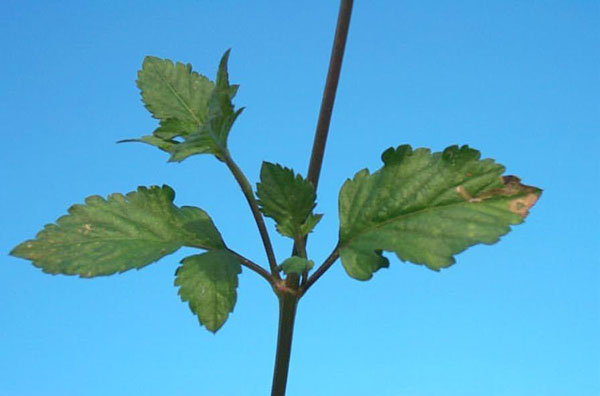 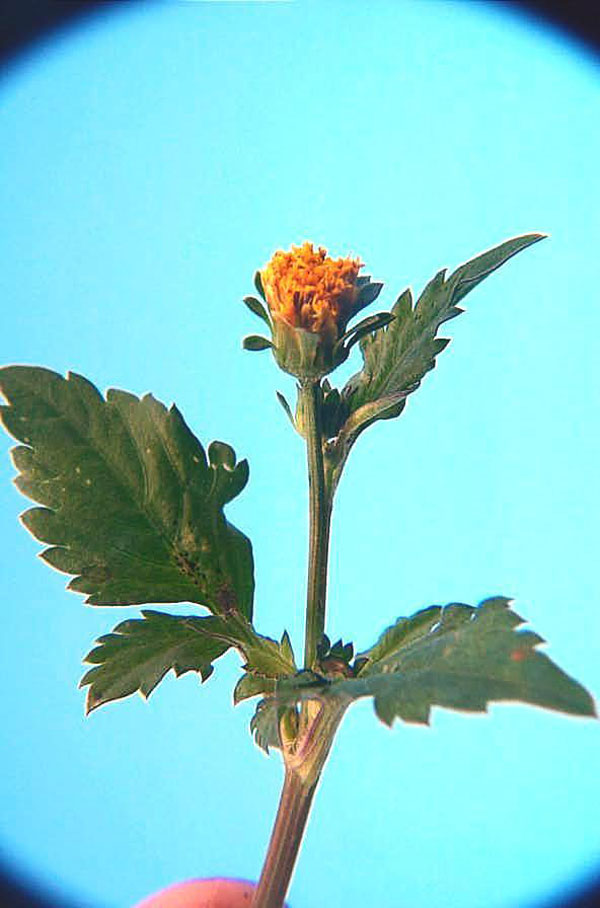 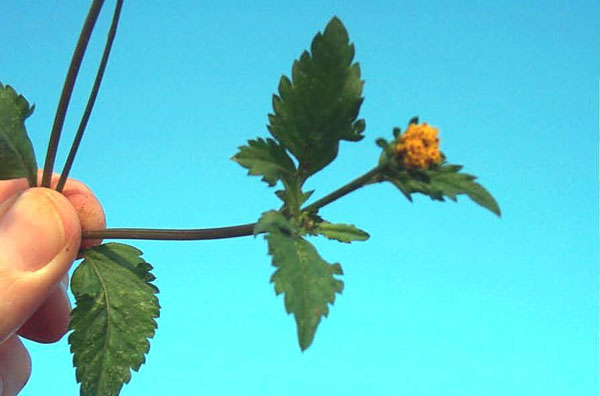 Native to Latin America, but introduced to the United States, where it now is found throughout the southern third of the country from California to Florida, and north to Pennsylvania. It also is found in Hawaii and the West Indies.

An annual weed reproducing from seeds. The seeds are typical of the beggartick species in that they are armed with spines that cling to clothing or fur for dispersal to new areas. Plants grow in dry to wet habitats, in disturbed sites, roadsides, edges of water courses, and in cultivated areas.

Mature plants are sprawling, or erect to around 3 feet in height, with branching stems that are coated with short, whitish hairs. The leaves may be either simple or divided into 3 nearly separated lobes. They are around 2 inches long, on medium length stalks, and are ovate with serrated margins. Flowers are on long stalks that arise from the bases of the leaves, usually occurring only sparsely as single flower heads or in pairs of stalks. They are yellow and normally do not fully open, the base remaining surrounded by the calyx. Each flower may produce over 50 large seeds.

Physical removal of individual plants is effective, and is best done prior to maturation of the seeds. A contact or systemic herbicide will be effective for larger infestations, and a pre-emergent will help to prevent seed germination.