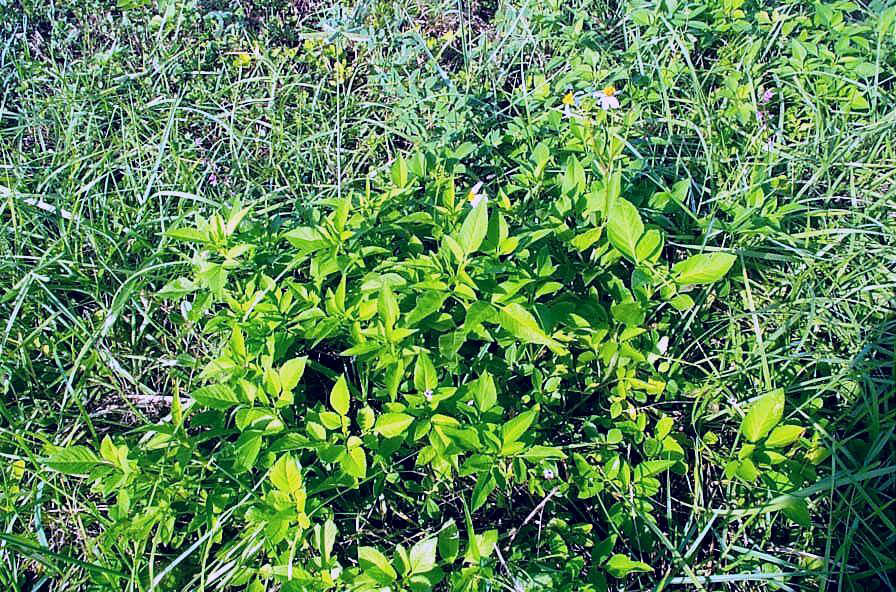 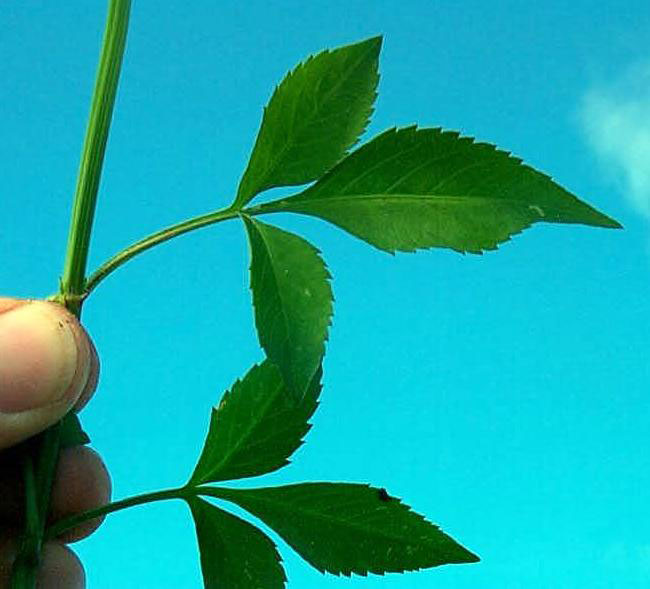 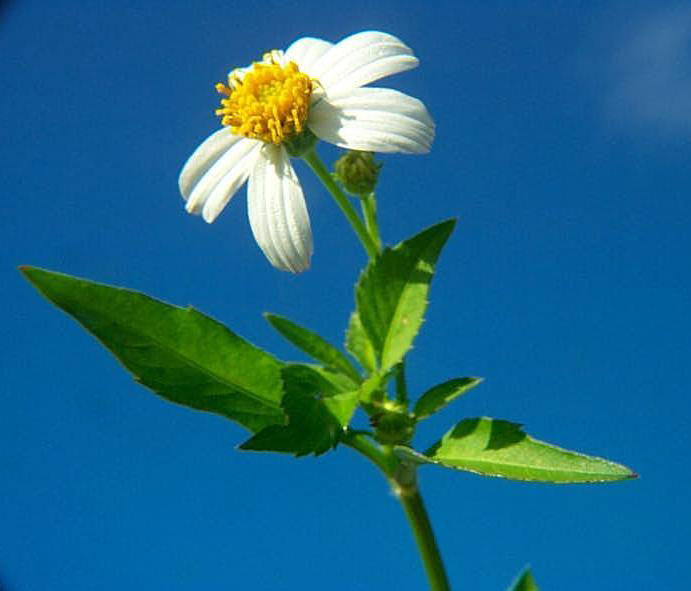 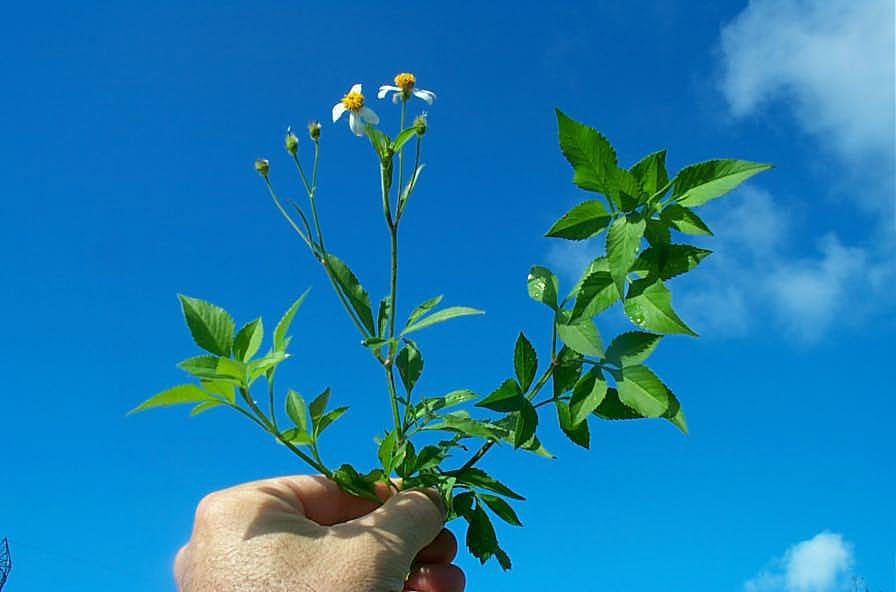 A native of North America, but now widely spread throughout many parts of the world. In the United States it occurs in Florida and surrounding states, Missouri, Pennsylvania, and Hawaii, and possibly along the west coast. It also occurs throughout Latin America.

A warm season annual or short-lived perennial that reproduces from seeds. The spiny seeds easily detach from the dry seed head and attach to clothing or pet fur for dispersal. A very common turf weed, as well as in virtually any other disturbed habitat.

Plants may grow erect to spreading, and when the stems droop and touch the soil they will root at the nodes. The leaves of mature plants are compound, and are divided into from 3 to 9 large, lance-shaped leaflets. The leaflets have tooted margins. The flowers occur in small groups at the ends of the stems on short to long stalks. These wide open flower heads have 8 white ray flowers and bright yellow disc flowers. The distinctive, flattened seeds have 2 or 3 barbed hooks at their tops.