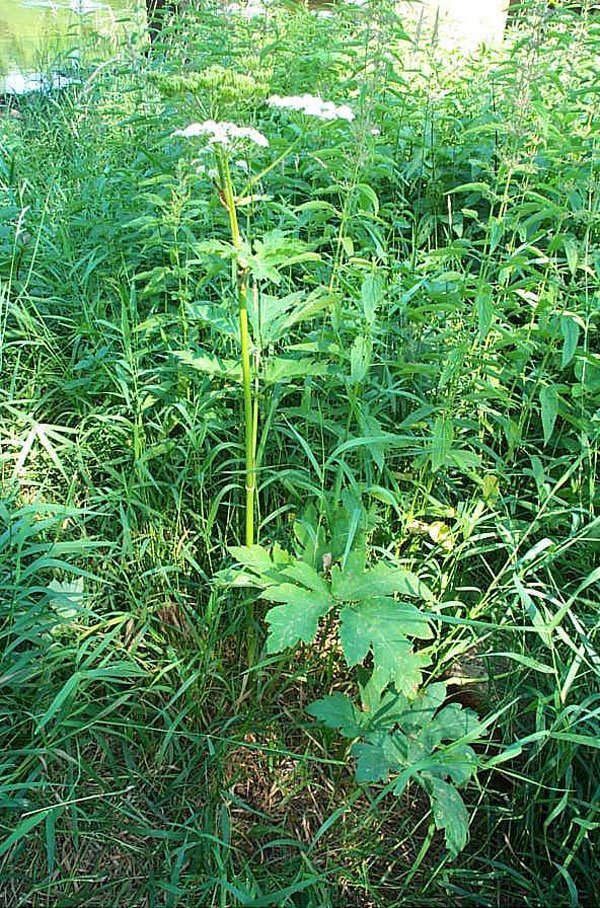 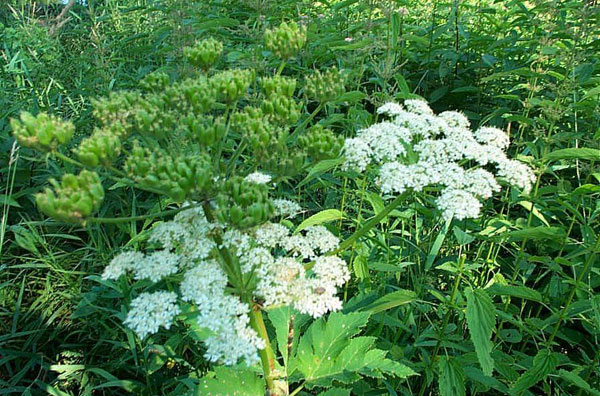 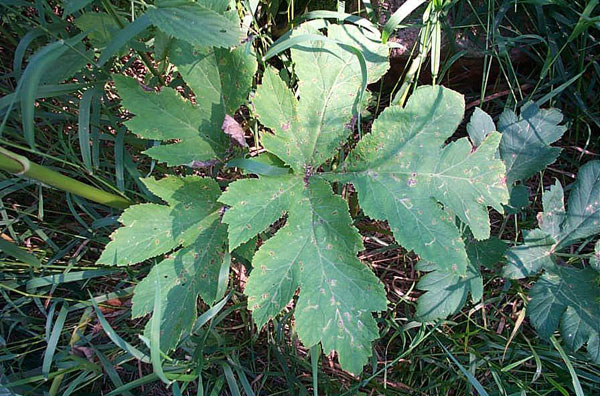 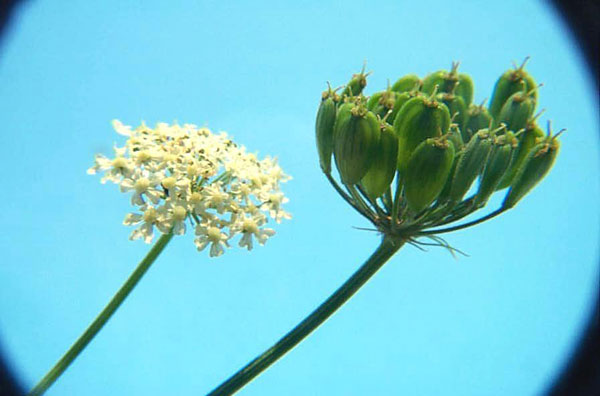 A perennial that reproduces from seeds. Plants are very tall on a series of straight, upright, thick stems. Plants are more common in damp soils, and are found along roadsides and in disturbed habitats. Their spreading, flattened flower clusters are very visible.

Mature plants can grow as tall as 8 feet, with the long stem extensions terminating with the numerous flower clusters. A large, fleshy taproot is present, and stems can be up to an inch thick, grooved, and slightly hairy. The leaves the first year begin as a basal rosette, and most later leaves remain near the bottom of the stems. The leaves are huge, well over a foot long and equally as wide, with an overall spade shape, but deeply lobed. The lobes also are deeply serrated, and the leaves are covered with short, stiff hairs that give them a rough texture. The white flowers form in wide clusters called umbels, typical of the parsley family, with numerous short stalks leading umbrella-like to the clusters, and these stalks arising a single point at the ends of long stems. The seed pods are flattened and bristly, and with distinct ridges.

Physical removal of individual plants is possible but somewhat difficult due to the long roots. Chemical control is effective with a non-selective systemic product, and the use of a pre-emergent product can effectively halt seed germination.