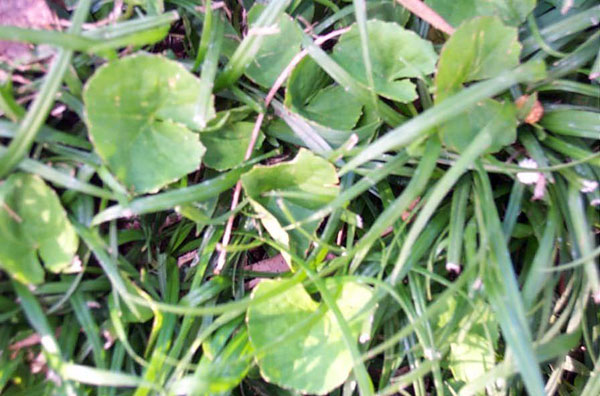 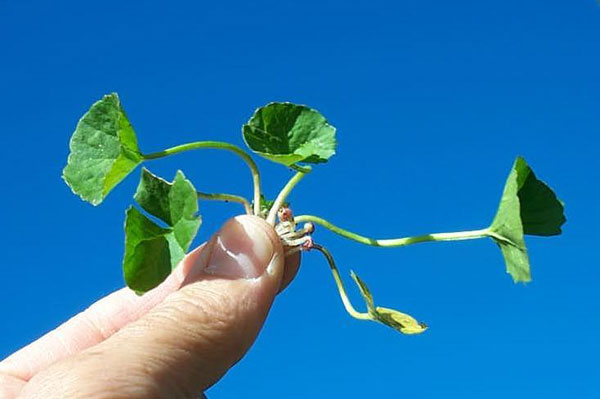 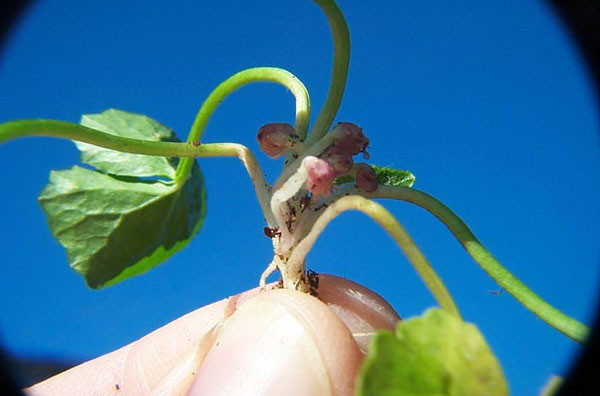 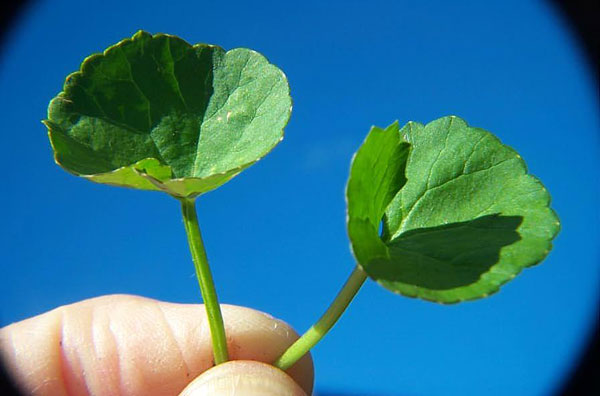 Likely a native of tropical Asia, and now a common weed in Hawaii. It also is found in Oregon and Ohio.

This is a prostrate, creeping plant with leaves on long stalks that may be either erect or horizontal. Stems will root at the nodes where they touch the soil. The leaves are round to heart-shaped and a dark, shiny green above and a lighter green below. The margins are scalloped and venation is palmate. The small flowers are white and grow in small clusters that occur on stalks that grow from the base of the leaves.