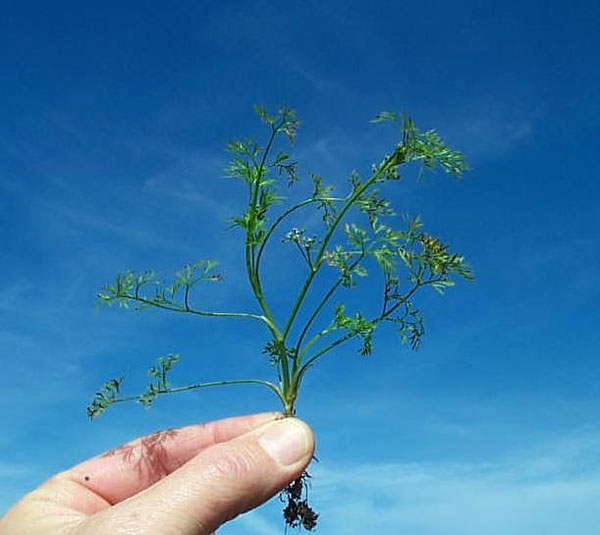 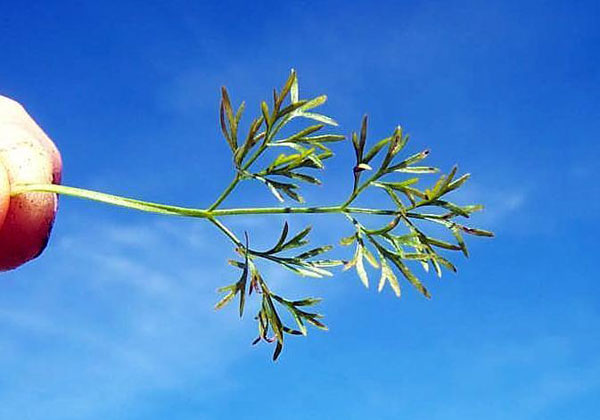 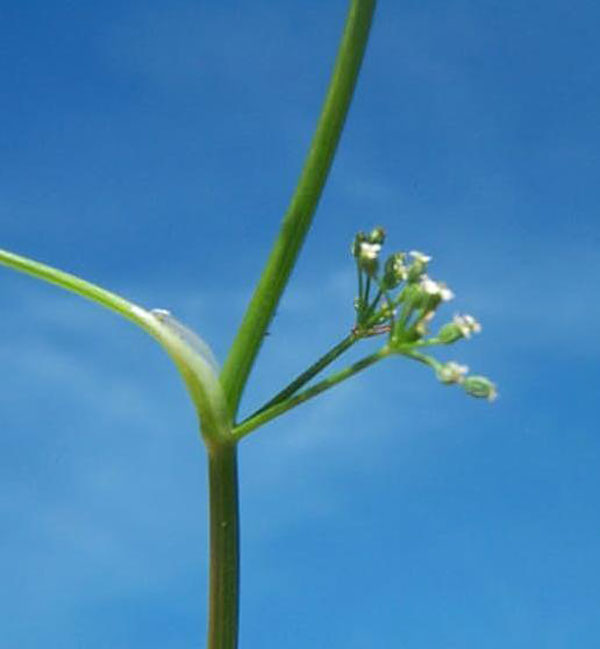 Native to South America, and now found widespread in the western states, southeast to Florida and the West Indies.

An annual weed that causes problems in turf and landscape, and only somewhat in crop settings. Reproduction is from seeds.

Mature plants remain relatively low, often prostrate or only somewhat erect, with some stems curving upward to a height of perhaps 2 feet. Major stems arise from the base, but they are profusely branched. Leaves are dark green and along the lower stems may be 4 inches long. However, each leaf is divided several times, giving it the look of having many small leaflets. Upper leaves are smaller but similarly segmented. The flowers are flat topped clusters of many small flowers, each on a short stem, with all the stems joining at the same point. The flowers arise from the axils of the leaves, and each flower is white but quite inconspicuous.

Damp locations favor the growth of this weed, and bare areas are most likely for it to begin its growth.