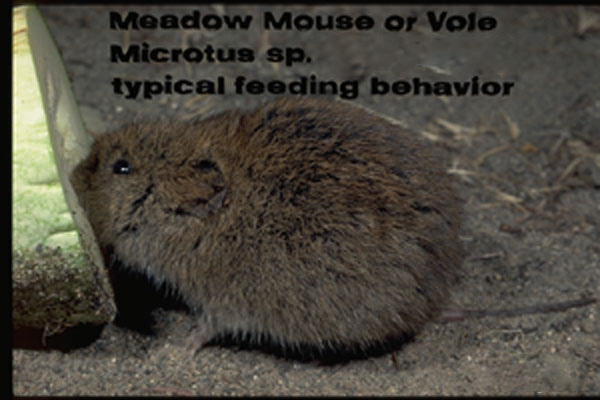 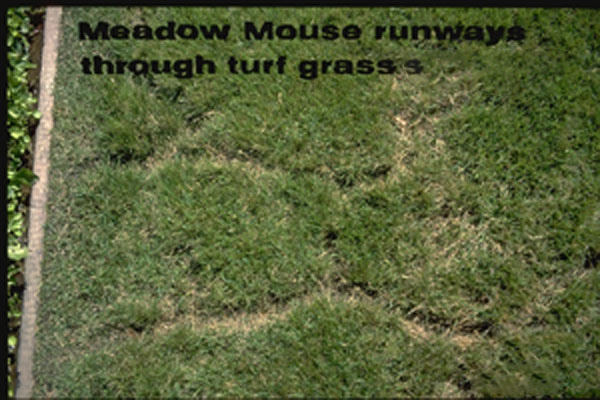 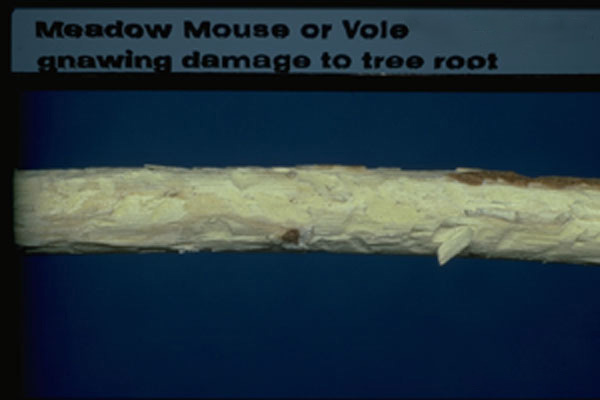 At least 84 species in this genus, with Microtus pennsylvanicus most prevalent east of the Rocky Mountains and north into central Alaska, and M. californicus most common in the western states. These are native animals.

Favored foods are fresh foliage and flowers in the warm months, seeds and grains in cold months, or even the bark of young plants and trees in the winter. Voles may be very destructive to grain and vegetable crops. Nesting is done is burrows in shallow soil or in thick grass and vegetation, and distinct runways are created above ground as the mice travel and forage. Breeding can be done year round, with the highest activity from March until November, and mating takes place immediately following the birth of a litter. There is an average of around 6 young per litter, and the potential exists for a breeding pair beginning in the spring to result in almost 3000 mice by the fall. There can be up to 10 litters per year, and population explosions result about every 4 years.

Color ranges from dark brown to dark reddish brown, with a lighter grayish belly. The tail is very slightly haired and is much shorter than the body length. The ears are small and covered with hair, distinguishing them easily from the House Mouse. Adults can be up to 6 inches long and they are robust, densely haired animals. Outdoor activity is identified by the distinct runways in grassy areas or turf, along with the damage to plantings in landscaped areas. They are prone to invade lush landscape when their natural areas and grassy fields dry out in the summer.

Bait placements should be made as close to burrows as possible, but scattering of granular baits where legal and appropriate may be effective, and bait placements within tamper-resistant stations in landscape areas is preferred. Trapping may be done by setting traps in runways. Fumigation with burrow fumigants is not normally an effective option due to the nature of the shallow burrows, or nests only in vegetation.