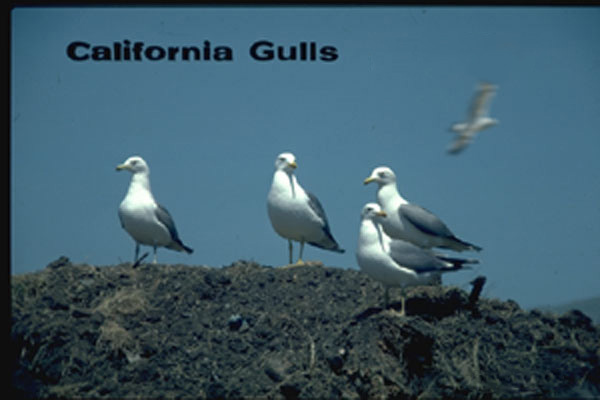 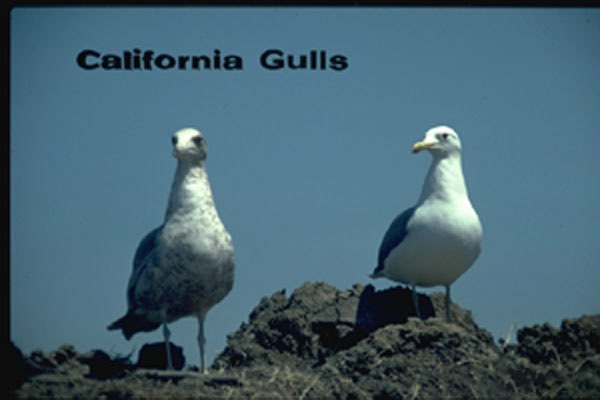 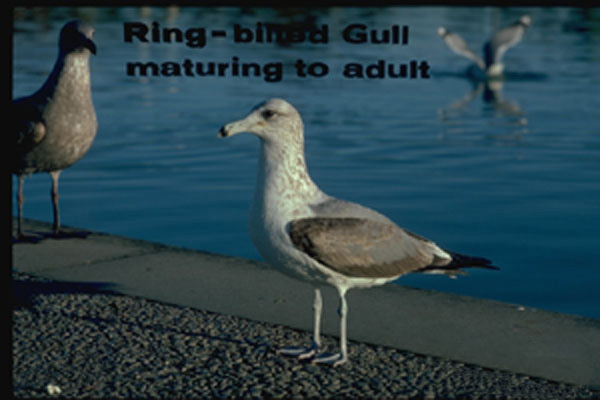 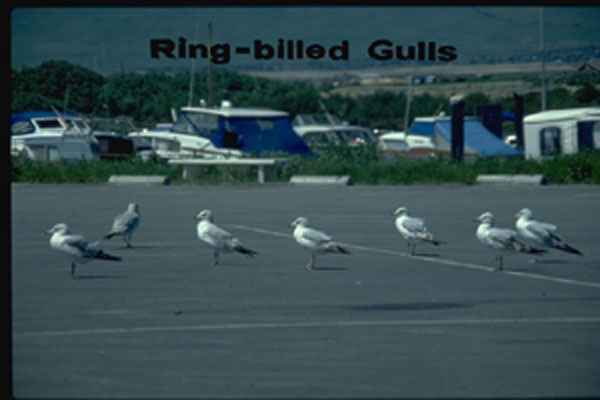 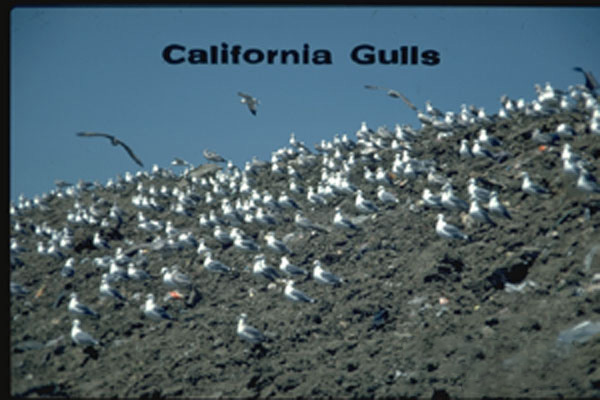 Gulls are common along coastal areas, but have become accustomed to humans and urban areas, and are drawn to food resources we provide. They may occur in vast numbers in dump areas, and are commonly found in parking lots where they rest in the open spaces. On public beaches the birds are brazen enough to go after packages of food the moment the people leave their belongings unattended, tearing apart packages and other items. Where they gather in urban areas they leave fecal accumulations in large quantities, including pollution of water supplies, associated transmission of pathogens such as Salmonella in feed lots, and serious nuisance value at outdoor restaurants. Seagulls are commonly struck by airplanes when they gather around airports, leading to the potential for serious accidents and human death. Gulls are primarily fish eaters, but will consume anything that becomes available, such as grubs or worms unearthed by plowing, eggs of other birds, fruit, grains, insects, or human foods left on picnic tables or blankets. The California Gull is fond of field mice. Nesting is normally done in large colonies in areas with little human activity, with a single brood each year. Nests may also be built on structures where they can wedge their large, messy nests in place, and when they nest in this type of location often will aggressively go after people who walk nearby. As social birds the nesting of one pair may lead to many other pairs also using the structure for their nest site. Once established a nest may be used year after year. Eggs are laid in mid-spring, usually 2 or 3 eggs per brood, with hatching in about 3 weeks and birds able to fly in about 5 weeks. The potential lifespan of gulls is up to 30 years.

These are large birds, generally gray or white or with mottled brown coloration. They have a strong, hooked bill and a square tail. Adult birds can be identified to species using a combination of characters, such as color of feet, bill, and wing tips.

All gulls are classified as migratory non-game birds which may not be harmed without specific permission from wildlife authorities. Any control programs, other than non-chemical exclusion programs, must be done with the permission of regulatory agencies. Physical exclusion, primarily with the use of netting, can be effective in preventing their roosting on structures or in using open parking areas for loafing sites. Avitrol may be useful as a dispersing agent for problems at open areas such as dumps or airports.