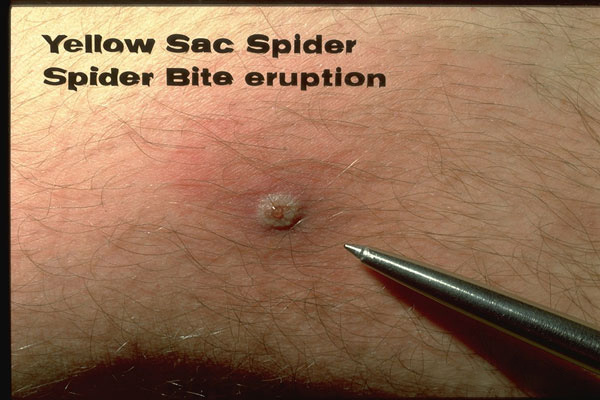 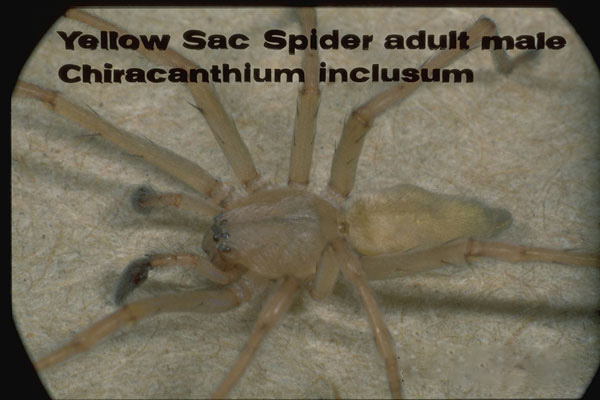 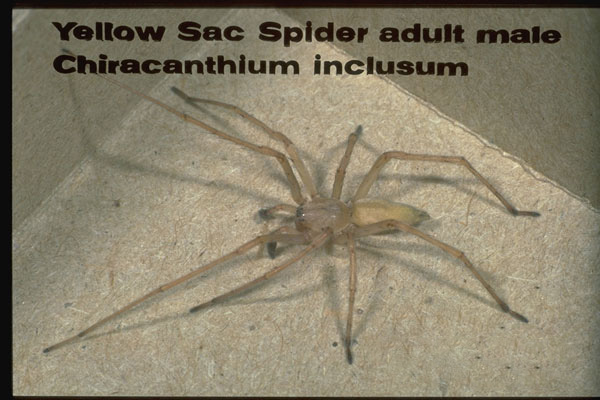 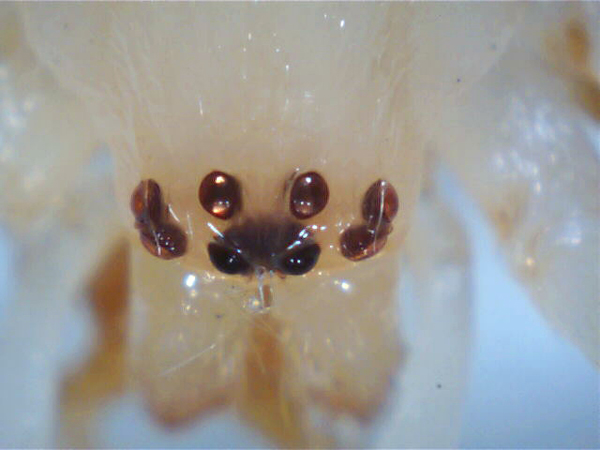 The “sac” spiders comprise 2 species in North America, C. inclusum and C. mildei. They are commonly found wandering indoors or resting in their silk retreat that they back into, thus their common name of “sac” spiders. These may be found in corners and junctions of walls as well as within other materials. They also are commonly found outdoors where they are nocturnal hunting spiders. Their bite is said to be painful, but previous legends about its ability to cause serious necrotic lesions have been challenged by more recent investigators who have not been able to produce any serious reactions on lab animals or human volunteers. These are hunting spiders that use their silk only for their retreat or for their egg capsules. They are nocturnal, hunting at night for other insects.

These spiders were moved from their long-time family Clubionidae to the Miturgidae in 1997. They have a body length of only 3/8 inch but very long, thin legs. They are an overall tan to yellow color with a darker streak down the top of the abdomen. The mouthparts often will be much darker in color.

A vacuum cleaner should be used to remove any spiders and sacs when found together indoors, as well as the occasional, solitary spider that may be wandering. For larger problems a contact residual insecticide may be applied to corners of floors to walls or wall junctions where the spiders are likely to travel. An effort should be made to keep a cleared perimeter around the exterior of the structure and to carefully inspect all materials brought into the home, particularly firewood, plants, and other objects that have been outside for a long period of time. Exclusion can be done to close openings under doors and around windows.