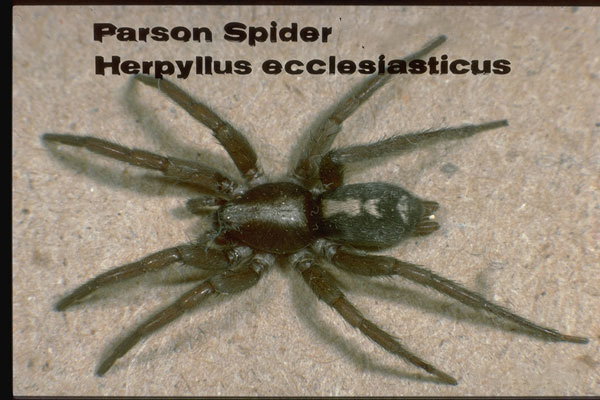 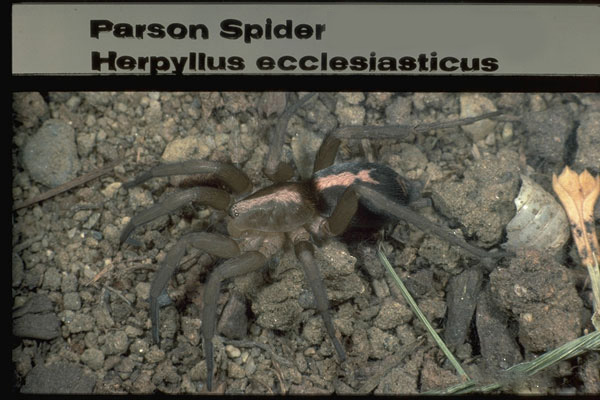 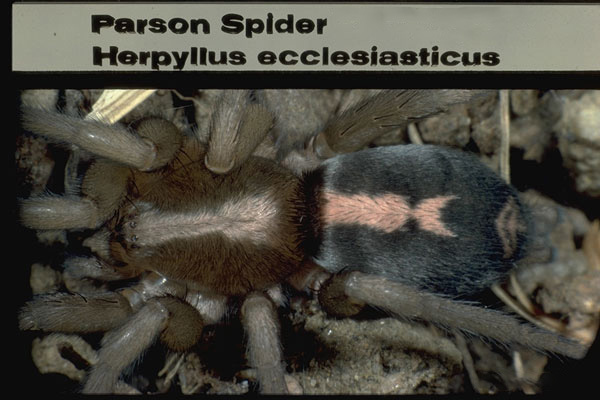 These are hunting spiders which use their silk only for lining their retreat and for creating their egg sacs. They may be very fast moving spiders and commonly enter structures to hunt for food or harborage. They are primarily nocturnal, but when found in structures may be seen walking along floors, countertops, walls, or ceilings. They are capable of biting humans, but their venom is generally not considered dangerous. The venom is a cyto-toxic venom, and may cause death of the tissues at the site of the bite, potentially leading to an open wound.

The Parson Spider is a medium sized spider with dark brown legs and body sections. The cephalothorax is narrower at the front than at the back, and on the top of this front segment there is a longitudinal light colored band from front to back. On the top of the abdomen there also is an irregular marking that runs front to back, and is whitish to almost pink in color.

The occasional spider found indoors is best removed by vacuuming. Elimination of harborage sites around the exterior of the structure will help to reduce the populations of spiders nearby. This includes removing plant debris, firewood, lumber, or other objects that the spiders can hide within or under. Good sanitation and storage practices indoors, keeping materials off the floor in storage areas, will also help prevent the spiders, and exclusion from the structure by sealing cracks, holes, or other openings is needed. Pyrethroid insecticides are excellent for intercepting the spiders that move to the building foundation.