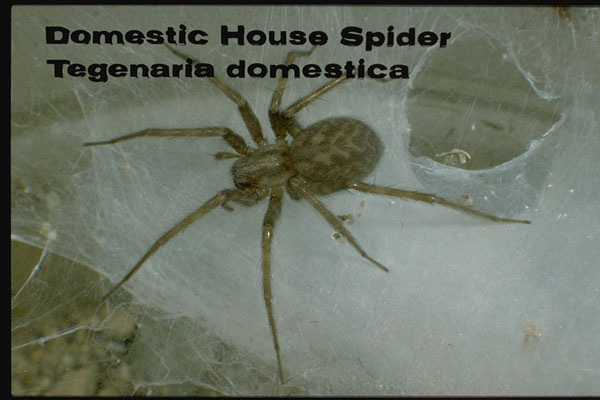 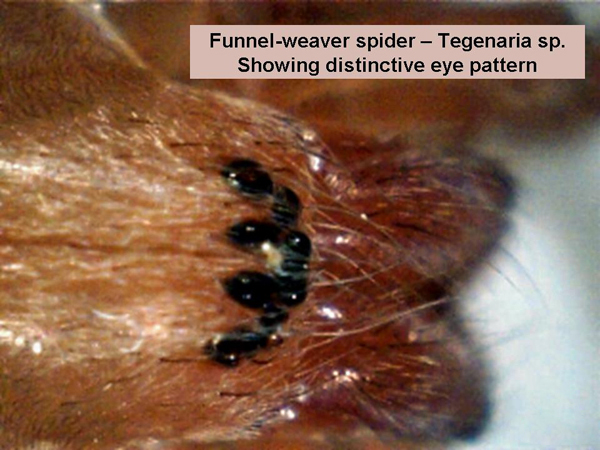 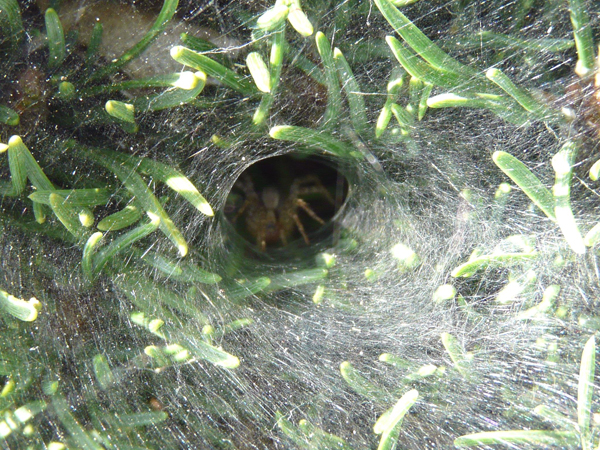 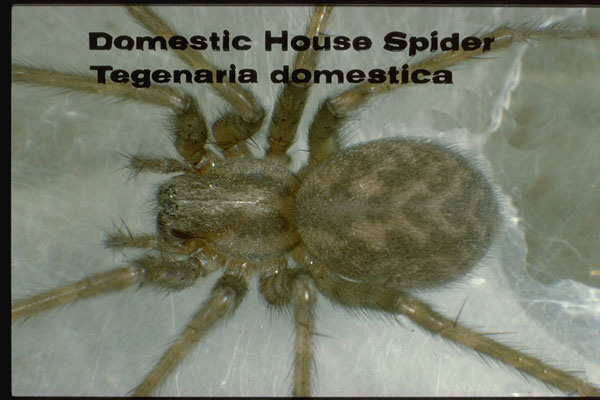 As do other funnel weaver spiders these are hunting spiders that are quite agile and run well. However, they spin large webs over surfaces, particularly on low, dense plants outdoors, and reside within a narrow tube or “funnel” below that webbing. When an insect is detected on the webbing above it is quickly grabbed, subdued, and eaten. These spiders may often create their webs indoors where clutter is found in undisturbed places. Indoors they may live up to 2 years but outdoors will die once cold weather occurs in the winter. In the fall the female creates her egg sac, containing about 50 eggs, and attaches it within the funnel in her web. These eggs overwinter and new nymphs emerge in the early spring. The spiders are very shy and will avoid all contact if possible. Their bite is said to be painless and of no consequence to humans.

Typical of this genus will be a “herring-bone” pattern of dark stripes on the top of the abdomen. There are also 2 dark stripes running down the top of the thorax, but these various darker markings may also occur on other unrelated spiders. The spiders are brown, have long legs, and tend to lay fairly flattened. They have 8 eyes, with 6 of the eyes enlarged and facing forward to maximize their vision for spotting prey.