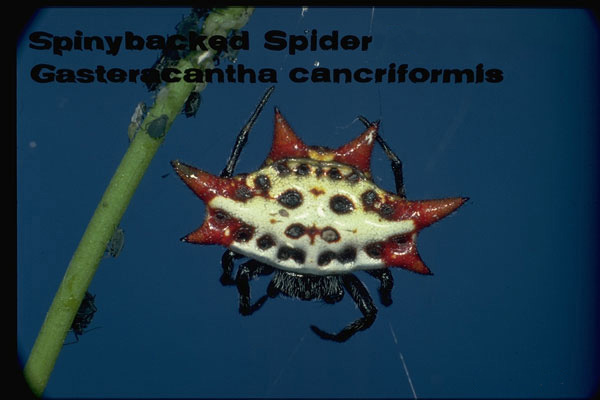 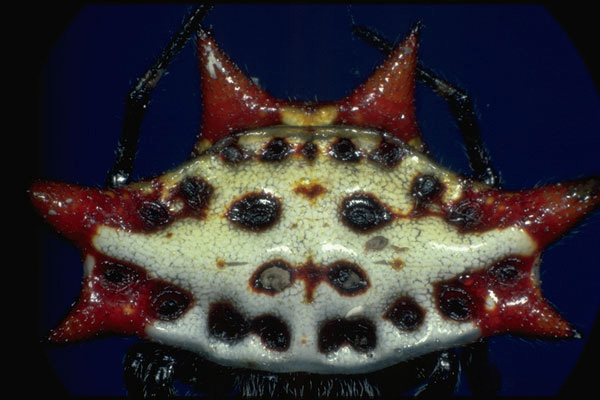 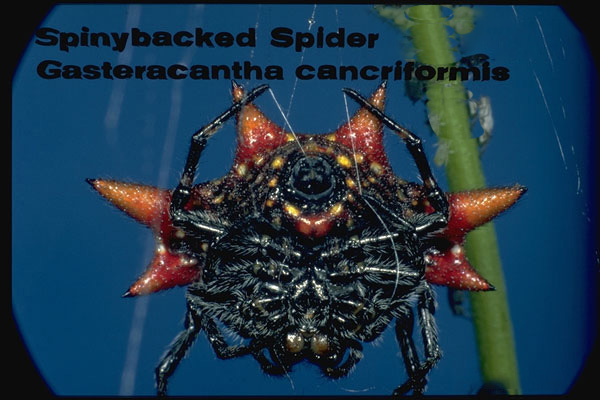 This genus of colorful spiders contains many dozens of species that are found around the world in tropical and sub-tropical climates. Only a single species occurs in the U.S. and it occurs across the southern U.S. from Florida to California, in Hawaii, and south throughout Latin America and the Caribbean. This is the only species in this genus in the Western Hemisphere. It is most common in the fall and winter and adults are very short lived, the males dying within a few days after mating and the females generally living less than 1 year. An egg mass of 100-250 eggs will be deposited on a leaf adjacent to the female’s web and then covered with silk. The spiders prefer wooded areas where abundant foliage and branches are available and they are common in citrus groves in Florida. They are capable of biting but their venom is considered relatively harmless to humans.

The adult spiders are unmistakable. They generally have a body width less than 3/8 inch (females) to only 1/8 inch (males) and have 6 prominent “spines” around the edge of their carapace. On the female typically the top of the body is flattened and white with black spots, and the spines are red, although the color of the spines may be black, the top of the body yellow or gray, and other variations exist.

These spiders are not considered to be dangerous to people, and given their role in preying on large numbers of flying insects they may be preserved as beneficial. If warranted a labeled contact insecticide can be applied to the web and foliage of the spider, but they repopulate rapidly and repeat applications would be necessary.