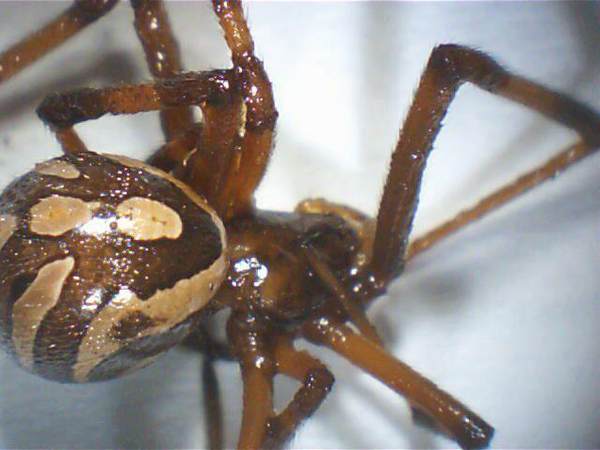 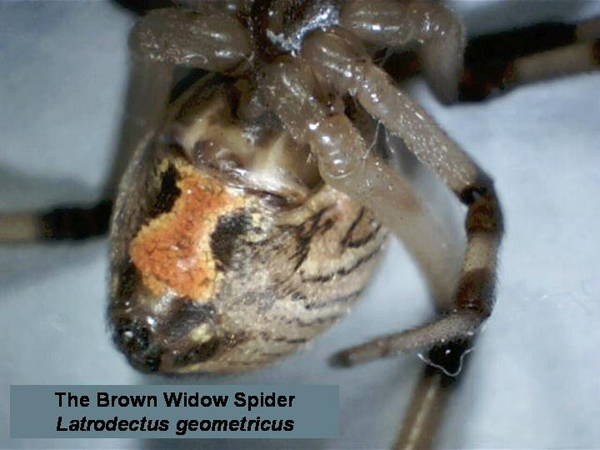 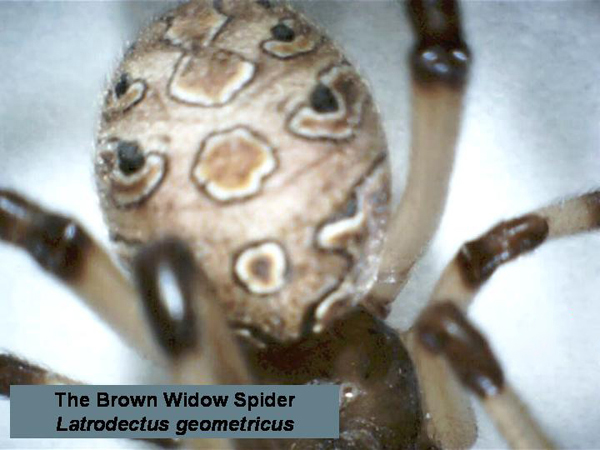 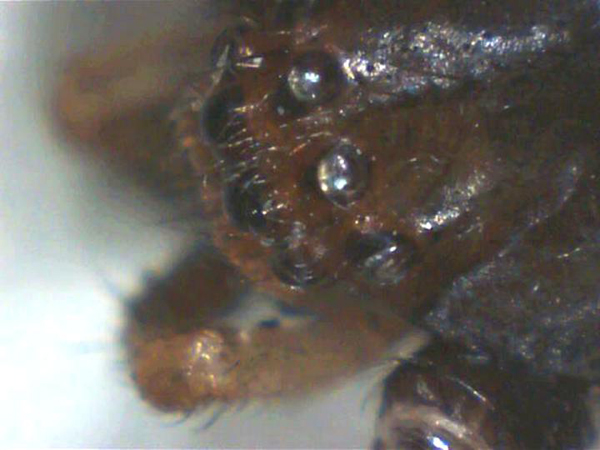 This imported widow spider is still misunderstood. Some experts claim its venom is far more potent than that of black widows while others claim it is less potent. Yet other experts claim that the bite is less dramatic than that of black widows because the brown widow injects less venom and the venom tends to affect only a local area around the bite. Females live about 3 years and may produce up to 5000 eggs in that time, usually a hundred or more at a time within an egg sac. This species seems to be more adapted to living around human dwellings than its black cousins and disperses rapidly to new locations.

Were it not for the possible danger from its venom we might admire this spider, the female in particular. Unlike the solid, shiny black of the Black Widows the female’s abdomen is an overall light brown-gray color. On the dorsal side there are a number of round, square, or oblong geometric shapes with a dark outline and lighter interior, perhaps with black or orange spots in them. On the ventral side of the abdomen the typical hourglass pattern is present but it is light orange instead of red. The legs are alternating black and yellowish along their length. The egg sac is very unusual, and it is covered around its outside by short spiky extensions.

Control has been difficult due to the immense breeding potential of this species. Elimination of other arthropods that serve as its food will help to lessen their numbers around a home, and keeping exterior lights off at night to keep insects away will help prevent the spiders from establishing webs around doors and windows. Where webs are found a treatment with a labeled insecticide can be effective, concentrating on the crevices or holes around the perimeter of the web where the spider may seclude itself. Removal of the webs can help to determine if new webs are constructed and new spiders present. Keeping a cleared area adjacent to the structure will help to keep the spiders further away, and toys, gloves, and other items that can be stored indoors should be.