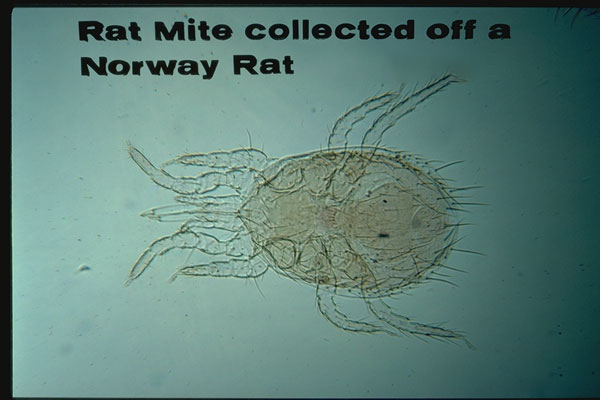 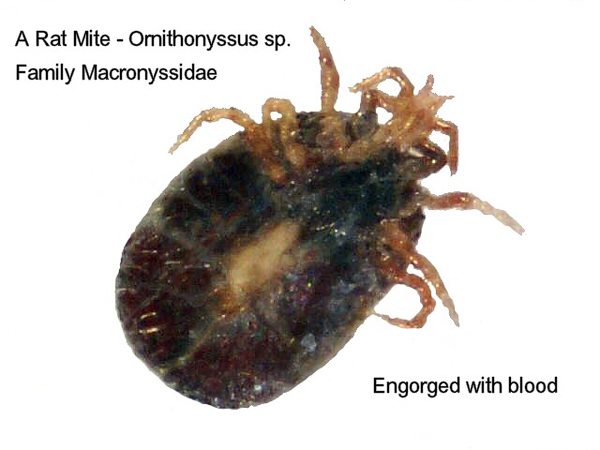 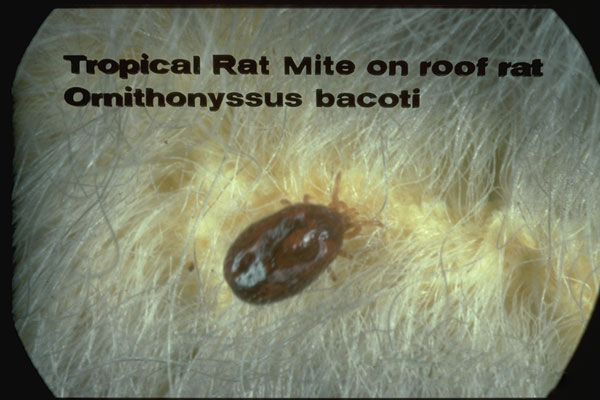 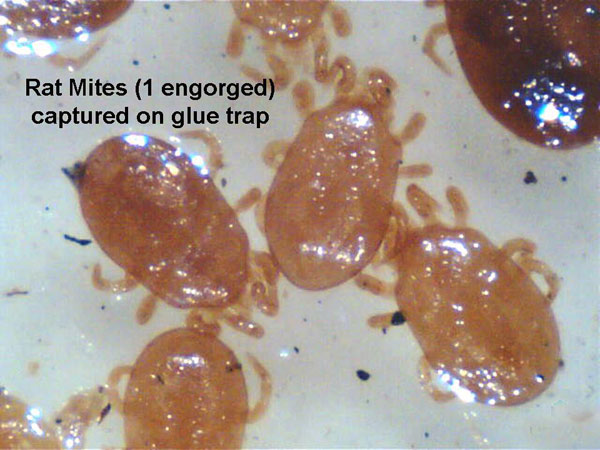 This common mite is a parasite on all kinds of mammals, including rodents such as rats and mice, squirrels, and others, as well as opossum, raccoons, cats, and even on birds. It is found throughout the world where peridomestic rats occur. Particularly in the absence of its preferred hosts the mites will move about within a structure where rodents have been nesting and will bite humans. The bites are said to cause a painful skin irritation. Rat mites in general cannot continue to breed and survive without their mammal hosts. Eggs will normally be deposited on the animal with only a few eggs produced by each female. However, development from egg to adult mite completes in a week or less, and populations can build up rapidly because of this. The eggs hatch to a larva, the larva molts to the nymph state, and this completes development by molting to the adult mite.

As are nearly all mites the adult stage is extremely tiny and best viewed with high magnification. The bird mites and rat mites tend to have elongated mouthparts and palpi that point forward and very long legs that enable them to walk quickly. There are a few short hairs on the body and legs but not the long, thin hairs of mold or grain mites. The color prior to feeding is a light tan to light orange, but following feeding may have large dark areas within the body. Under high magnification it may be seen that on the top of the body there is a dorsal plate and the posterior end of this plate on the female is extended as a narrow point nearly to the end of the abdomen.

Control should begin with elimination and permanent exclusion of the vertebrate host animals that brought the mites into the structure and which are supporting their continued presence. Once this is done the mites can be physically removed with thorough and frequent vacuuming of all carpets and other surfaces within the structure. Within voids such as attics or interior wall voids a residual contact dust insecticide will be effective and surface treatments with a labeled contact insecticide within the living or working areas can help to intercept wandering mites.