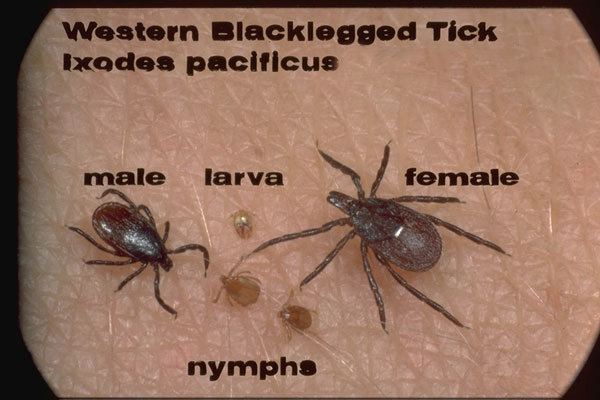 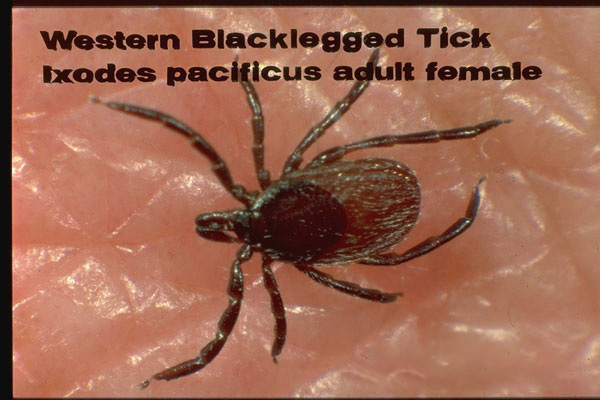 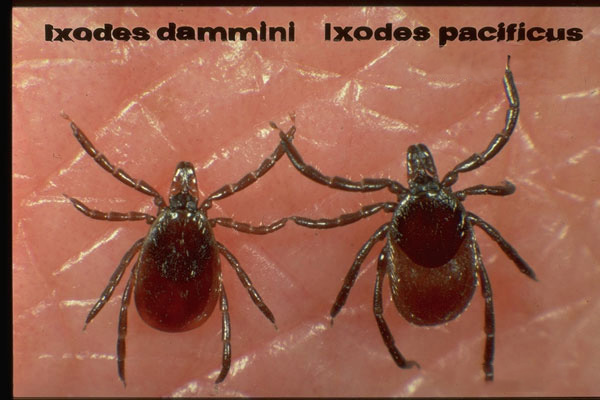 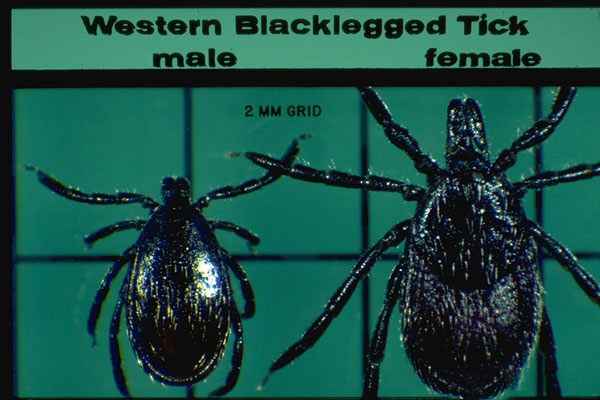 This tick is a native species in western North America.

This species replaces the Deer Tick (I. scapularis) in the western U.S. and western Canada. It is the principal vector of Lyme Disease in the west and may be found in most habitats, including forested areas where it often will be on moss-covered trunks of trees, in scrub areas, grasslands, and high brush. It is active throughout the year where the temperatures are mild and may spread Lyme Disease in the winter as well as the summer. Early stages feed on smaller vertebrates that are close to the ground, such as lizards and small rodents, while adults feed on larger animals such as deer, coyotes, livestock, and humans. The much lower incidence of Lyme Disease in the west is thought to be tied to the feeding on fence lizards, which may have an ability to kill the bacterium and prevent it from being moved from these animals. This is a 3-host tick that requires 2 to 3 years to complete its development from egg to adult.