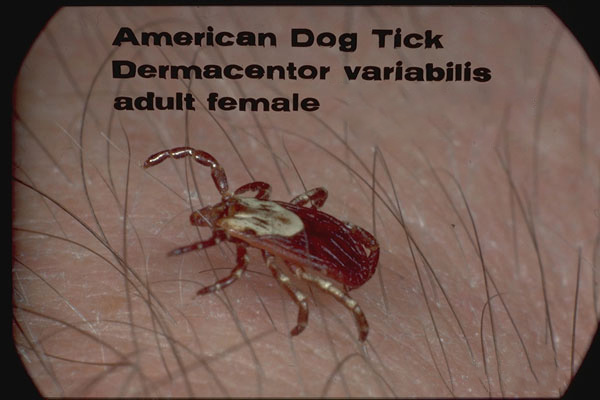 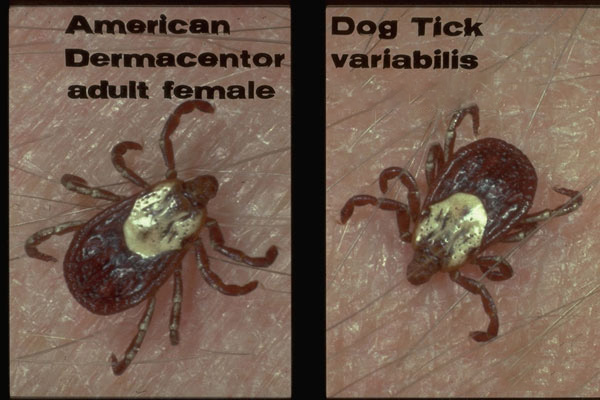 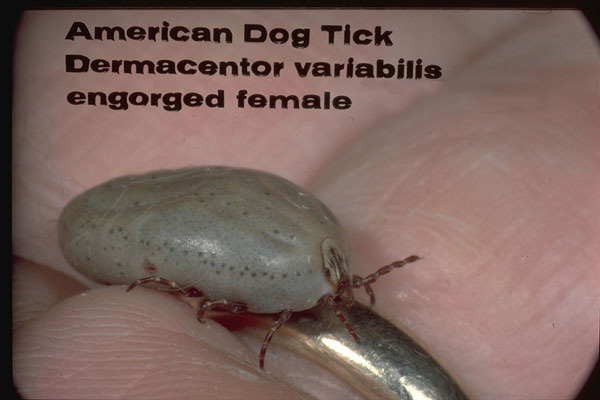 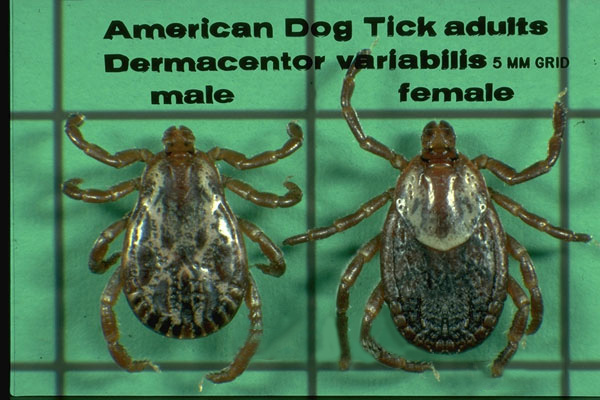 This is a native tick in North America. It is most abundant in the eastern half of the country but also found in the Pacific Northwest, south into California, and in eastern Canada.

This species is primarily a parasite of dogs, but will also readily feed on cattle, horses, humans, and other animals. It is a 3-host tick, with the larva and nymph stages prone to feed on small animals and the adults on larger animals. It is a known vector of Rocky Mountain Spotted Fever, Tularemia, and a form of Ehrlichiosis. It also may cause tick paralysis due to a venom in its saliva. The life cycle can be completed from egg to adult in about 2 months if suitable blood hosts are available, but may extend over 2 years if necessary. Each stage – 6 legged larva, 8 legged nymph, and 8 legged adult – require a blood meal from a vertebrate host, and cannot move on to their next stage without one. Following feeding the tick drops off the host and secludes itself to digest the blood. Finding a host may involve “questing”, in which the tick climbs vegetation in a place where animals may brush past. Larvae may survive 11 months without feeding, nymphs up to 6 months without feeding, and adult ticks may survive 2 years without feeding. Feeding requires from 3 to 10 days on the host and following this the adult female will seek out a secluded location, deposit a mass of several thousand eggs, and then die.

The hard ticks differ from “soft” ticks by the fact that when viewed from above the head can be seen at the front of the body. The adult ADT is reddish brown in color on the legs, head, and abdomen, but the plate / dorsal shield on top of the body called the “scutum” is a lighter cream color with black patches on it. On the female tick this scutum covers the front third of the body and on the male the scutum extends back over the entire top of the body. Unfed adult females are about 5 mm long but when fully engorged may be 15 mm long and a dark gray color.