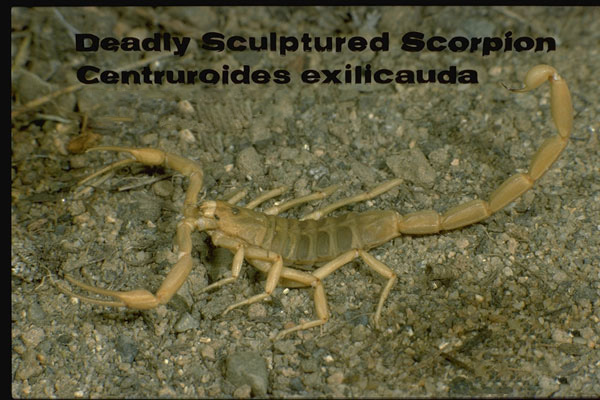 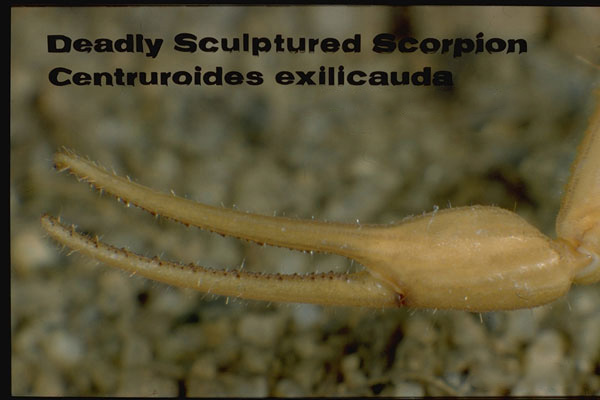 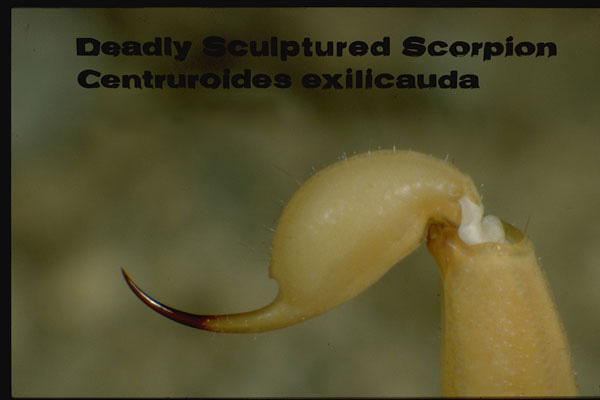 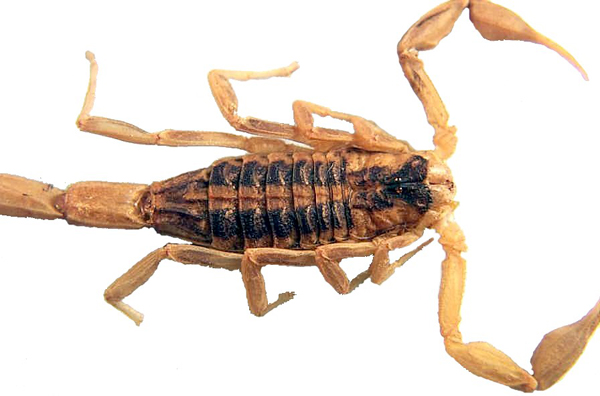 These are native scorpions that are found from southern California to New Mexico and south throughout northern Mexico in the Sonoran Desert.

This scorpion is one of the most dangerous arthropods in North America. Its venom can cause severe pain and other health complications and will occasionally cause the death of a human. In Mexico, where it also is common, it stings around 100,000 people annually and has killed hundreds. As with other scorpions it is nocturnal and predatory, feeding primarily on crickets and roaches and other small insects. It is flattened and capable of squeezing through a gap of only 1/16 inch, allowing it to enter homes easily. It also is adept at climbing trees and may access entry points in this manner. Females retain their eggs with the young born within them, and as the first instar nymphs emerge they are guided up onto the back of their mother, where they remain for the first 3 weeks. From 25-35 young may be normal and the adult scorpions may live up to 6 years. While most scorpions are highly solitary animals the bark scorpions may occasionally gather in large numbers during the winter months, hiding together in groups of several dozen.

The mature scorpions are very large, up to 3 inches long from the tip of the “tail” to the front of the head, and another 1 inch or more if the claws are extended. The overall color is a yellowish to light brown and often with 2 rows of dark markings running the length of the top of the body. The claws are very narrow, considered an indication that the venom is more potent.

An unusual feature of scorpions is that they will glow a light blue color when exposed to ultraviolet light at night, helpful when inspecting for them. Removal of harborage on a property is extremely important in their management, as these scorpions tend to prefer to hide under objects on the ground rather than burrow into the soil. Exclusion to prevent their entry into structures also is extremely important and should be a part of the overall management program. Residual contact insecticides applied to their likely hiding places will kill the scorpions, and treatments around the perimeter of a structure, focusing on likely entry areas, can be helpful. Trimming branches and foliage several feet away from the structure can prevent them from accessing areas such as the roof.