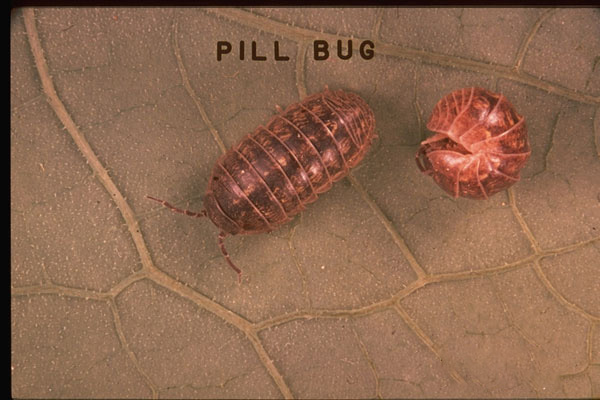 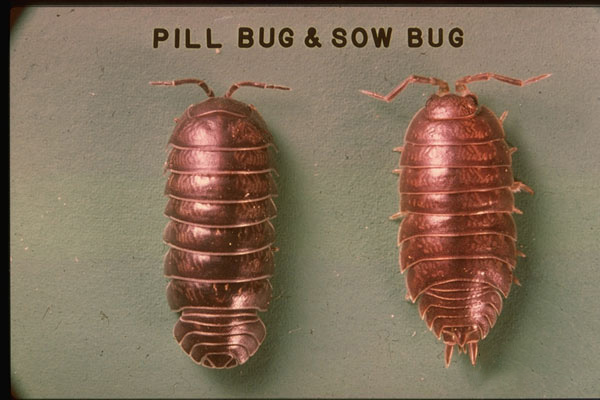 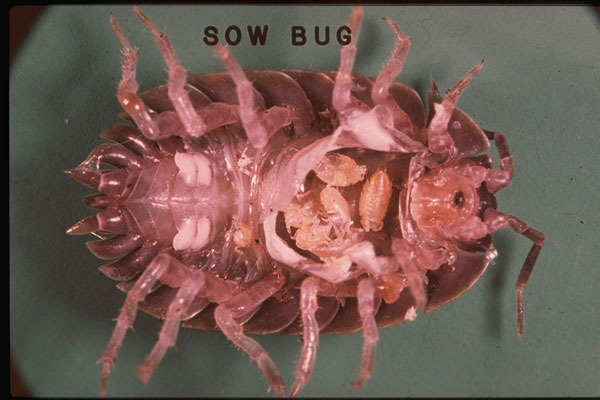 Pillbugs are up to a half inch long, dark gray in color, and composed of around 10 lateral plates that overlap each other. They are capable of curling up into a tight, round ball when disturbed. They may be distinguished from sowbugs by this ability to roll into a ball, as well as by the presence of a pair of cerci at the posterior end that are not visible from above. There are 7 pairs of legs.