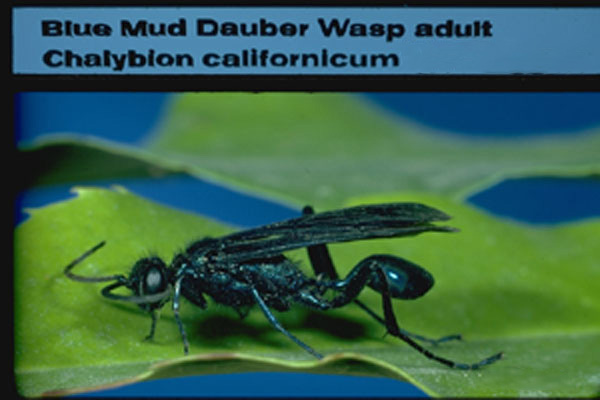 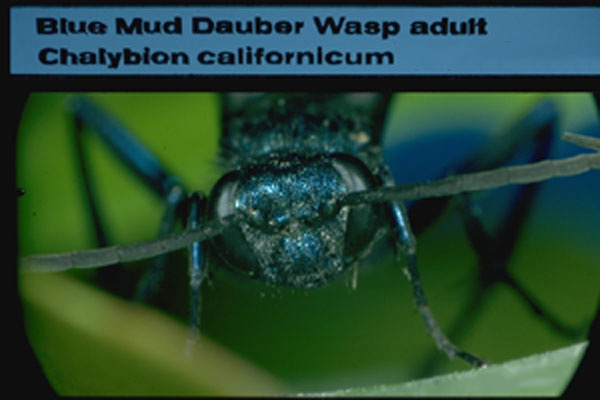 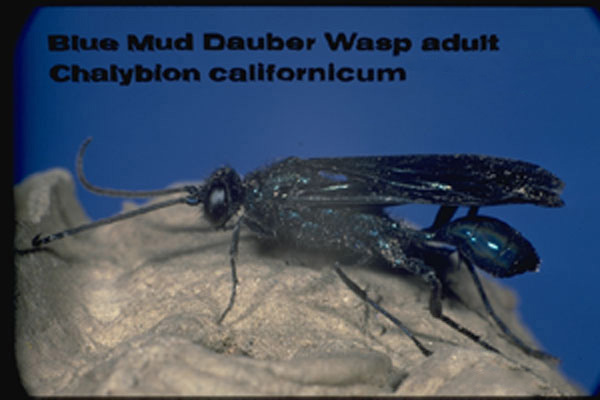 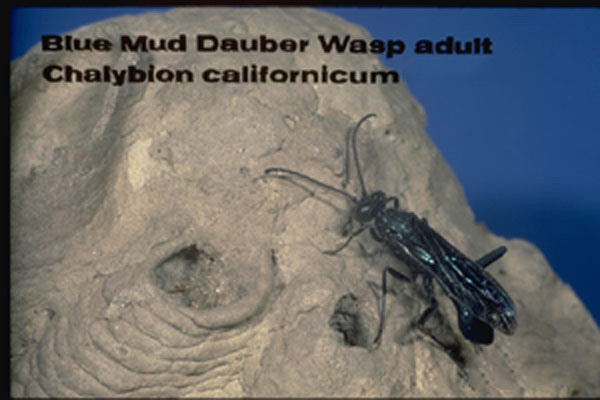 This is a native species in North America and is found throughout the U.S. and southern Canada.

This beautiful wasp does not create a mud nest of its own, but instead locates one already made and provisioned by the Black and Yellow Mud Dauber. It uses water to soften the mud and then makes a hole to the inside, where it then removes the food cache and eggs of the previous wasp and supplies the cell with its own paralyzed spiders and eggs and once again seals it shut. This wasp specializes in gathering black widow spiders, making it exceptionally beneficial to have around homes. While the female may be “capable” of stinging it is a solitary wasp and shows very little aggressive nature, so stings of humans are exceedingly rare.

The adult wasp is about ¾ inch long and a shiny metallic dark blue over its entire body and wings. The front half of the abdomen consists of the thin, tube like “waist” and the posterior half is egg-shaped and large.

This beneficial wasp should never be harmed. A landscape and home are better off with the wasps than without them, given their nature of preying on black widow spiders.