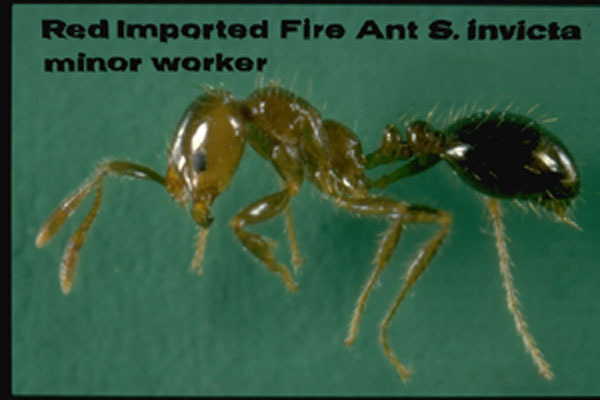 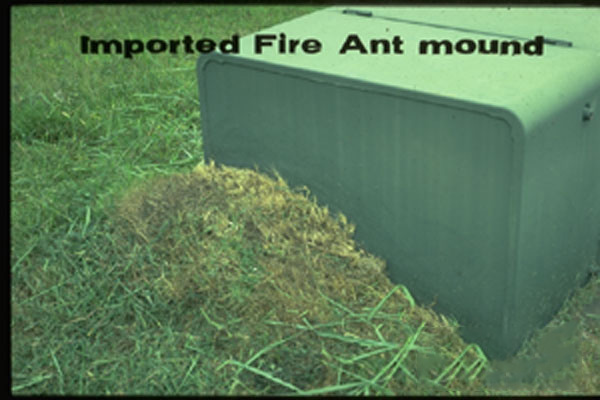 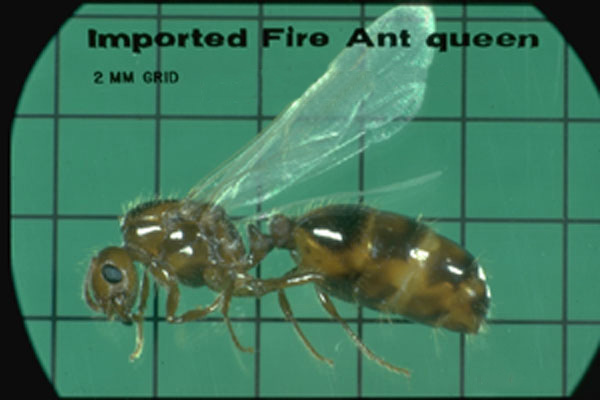 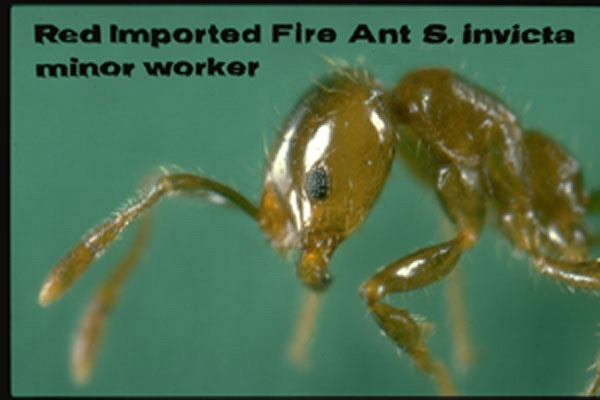 RIFA originated in South America, entered the United States in the southern states around 1930, and spread rapidly to 17 southeastern states. It has since spread to California and isolated incidents have occurred in other states.

This double-node ant is one of the worst ant pests in the U.S., in terms of human health, property damage, and environmental damage. Colonies may have several hundred thousand workers and dozens of queens in them, and workers very aggressively defend their nest with stinging. Their nests may be located in equipment, causing damage to it, as well as within structures. Nests most commonly are in the soil, identified by the large mound of soil raised above the surface, and they are particularly common in turf. The workers are aggressive predators, feeding on any other insects they find as well as small mammals or birds, earthworms, frogs and lizards. They dramatically alter the natural habitat when they move into an area. RIFA nests may go as deep as 8 feet in the soil, and have mounds above ground as tall as 3 feet and 2 feet in diameter. They are nocturnal except when the mound is disturbed, at which point they rapidly overwhelm the intruder, and on a chemical command commence stinging simultaneously. Nests may be found in wall voids, rain gutters, bath traps, and under carpets, as well as in electrical equipment. There may be numerous queens in a colony with numerous satellite colonies attached. Their spread may be by budding, and up to 200 mounds per acre have been found.

RIFA is identified by its red head and thorax and red/black abdomen. Long bristly hairs are found over the thorax and abdomen and no spines are on the thorax. The antenna is composed of 10 segments with a 2-segmented club at the end. RIFA may be separated from other fire ant species by the presence of a dark patch in the middle of the “forehead” area and a short, downward-projecting spine on the clypeus between the jaws. This is a highly polymorphic species, with various sizes of workers within a single colony.

Due to the large colony size, deep nests, and sensitivity to chemicals, baiting is a preferred method of control, and baits with an oil attractant appear most acceptable. Mound injection with dust or liquid insecticide can be effective, but may not penetrate throughout the colony. Physical disturbance and flooding of the mounds do not work. Elimination of unnecessary moisture sources will reduce the attraction of an area for these ants.