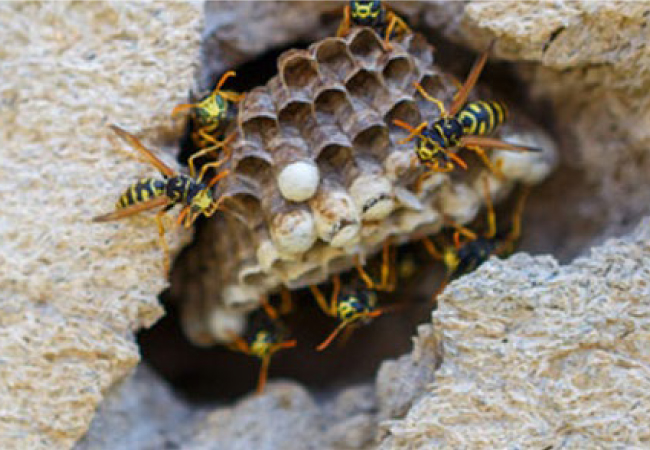 There are just over 20 species of paper wasp in North America. Like yellowjackets and hornets, they chew wood and mix it with saliva to create the paper with which they build their nests. Their nests consist of an open comb layer supported by a stem and often resemble an umbrella. A mature colony may contain up to 200 to 300 wasps, but colonies are usually smaller.

Paper wasps are semi-social. All the female “workers” have the potential to become reproductive in the absence of the queen, so they are not a true sterile worker caste. When a queen is present, they build the nest and forage for prey to feed the larvae while she lays eggs. As a colony begins to decline in the fall, males are produced along with additional females which leave the nest to mate. Paper wasp colonies are annual colonies. The queen, workers, and males die at the end of the year and only fertilized females overwinter in protected sites. They emerge in the spring and begin building new nests.

Since caterpillars are a staple prey of paper wasps, they are beneficial as they help control plant pests. However, because they will defend their nest and sting, they must be managed around structures. Nests are commonly built under overhangs or in hollows and can be treated from a distance with an aerosol product that has a jet spray. More wasps will be present during early morning and evening hours when they are less active, although coating the nest with treatment during the day can be effective. Removing nests after treatment provides added value to the customer. 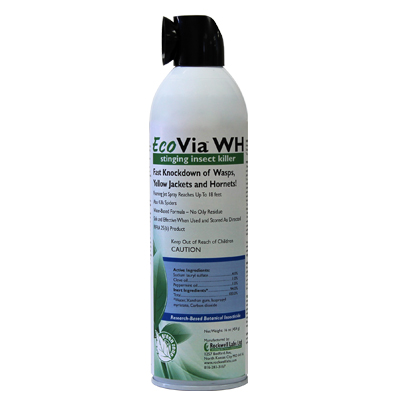