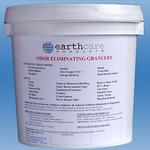 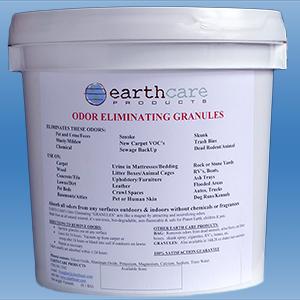 Clear The Air does not have to come into contact with the odor producer; it will pull the odors from the entire area or room.

Clear The Air draws in odors like a powerful magnet. The odors are absorbed, and neutralized without any fragrances.

Clear The Air does not cover up odors; it literally "clears the air" leaving the air fresh and clean.

How to remove odors from carpet: Sprinkle granules on carpets, brush in. Leave a window open for some air circulation. Leave down 24-48 hours and vacuum up.

How to remove odors from lawn, dirt or garden: Sprinkle granules outdoor where dogs frequent or odor is coming from. Granules can be left down, they will not harm vegetation. They act as a time released nitrogen additive.