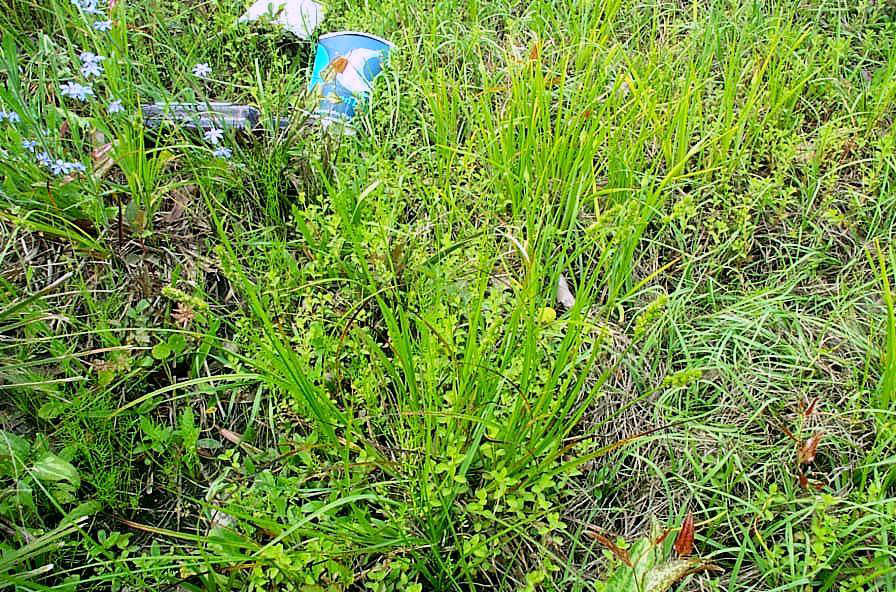 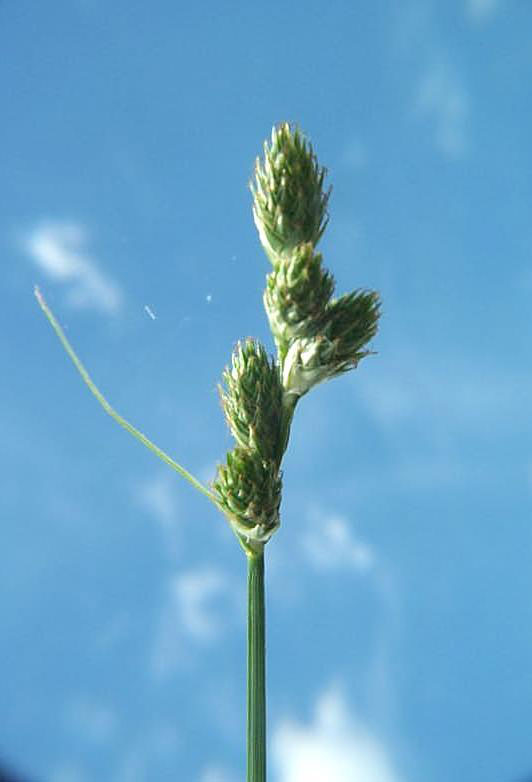 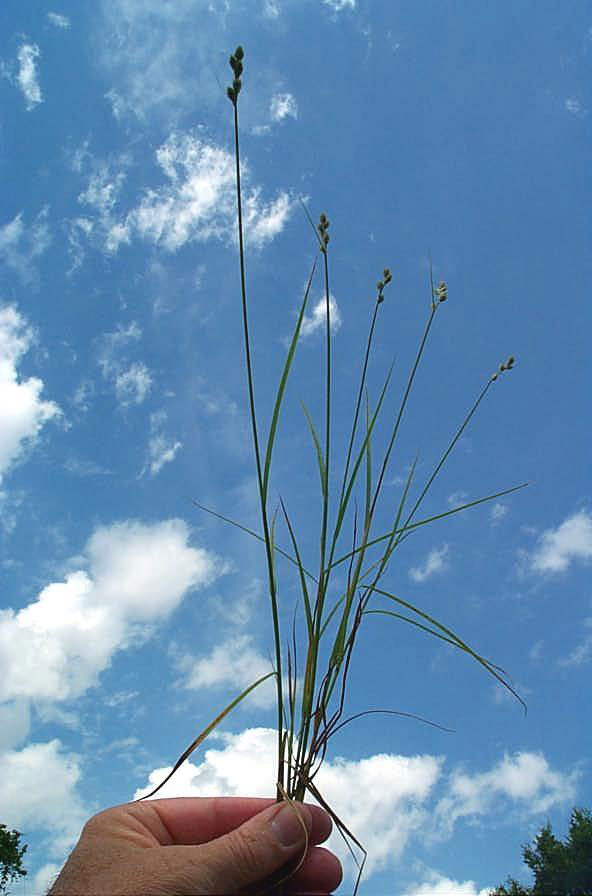 Native to North America, where it is found throughout the states east of the Mississippi River and west to Texas and Oklahoma. It also is found in Hawaii.

A perennial reproducing from seeds and spreading with rhizomes. Common along moist roadsides and disturbed areas.

Mature plants may form thick clumps of numerous stems, which are very long and thin, terminating with the flower spikes. Leaves are sparse, and arise from the base and the lower stems, and they are flat but weak, and tend to droop. The oval flower spikes may occur singly or as several along the end of the stem. They are a compact spike of many dozen flowers and have a covering of hairs that give them a soft appearance and texture.