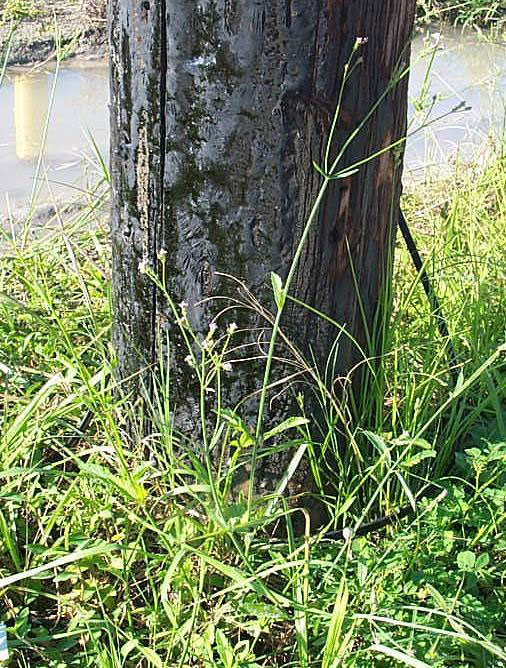 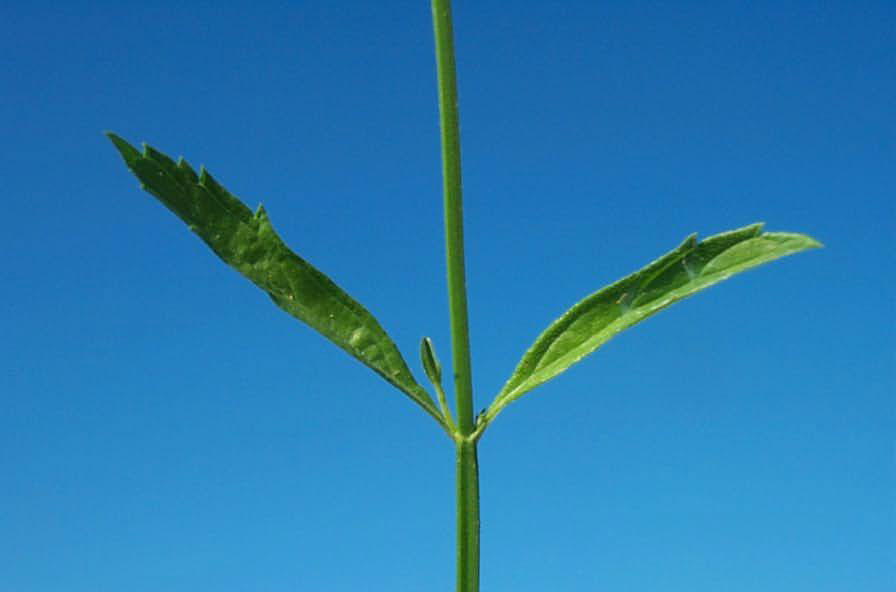 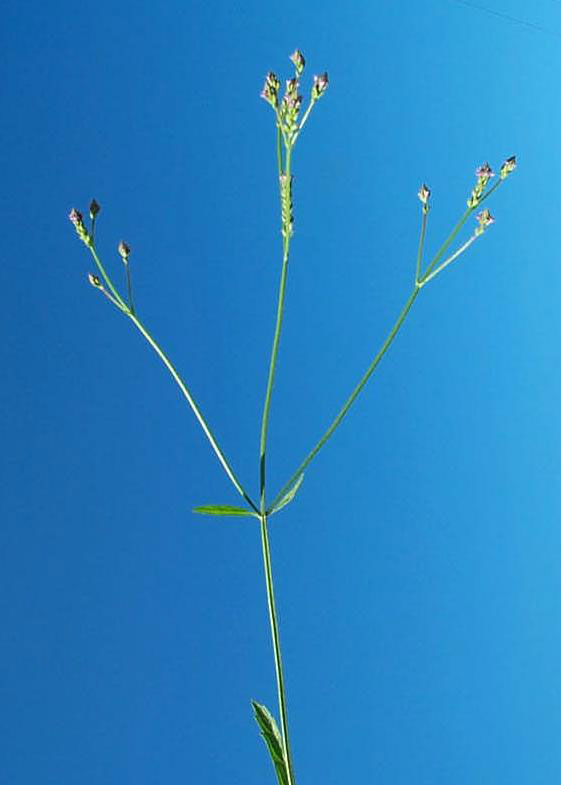 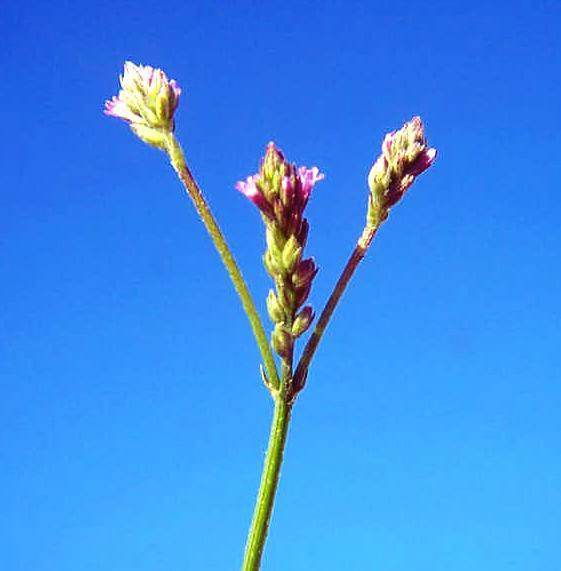 A native North American plant, occurring in nearly every state in the United States, and into Canada and Mexico.

A biennial or perennial plant whose foliage generally dies back in the winter and re-grows from the roots in the warm season. Reproduction is from seeds.

Plants are erect and very tall, on long thin stems up to 4 feet in height. Leaves are opposite and elongate lance-shaped with pointed tips. Their margins are strongly toothed and they have short petioles. The flowering heads are spikes about ½ inch long, crowded with the bluish to purple, small flowers. The top of the stem branches several times to accommodate several flower spikes in an open grouping.

Generally a minor problem, but where it is not wanted it can be effectively controlled with a systemic herbicide.