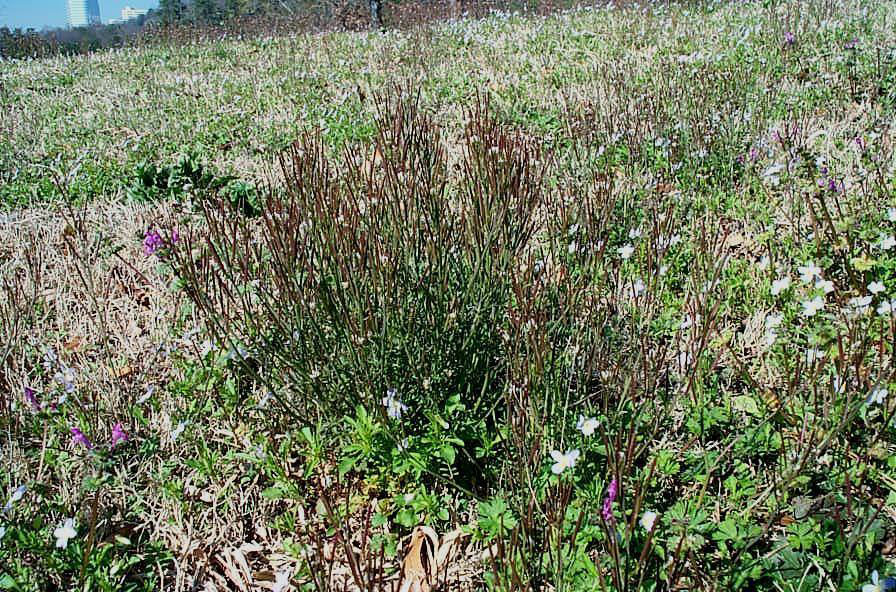 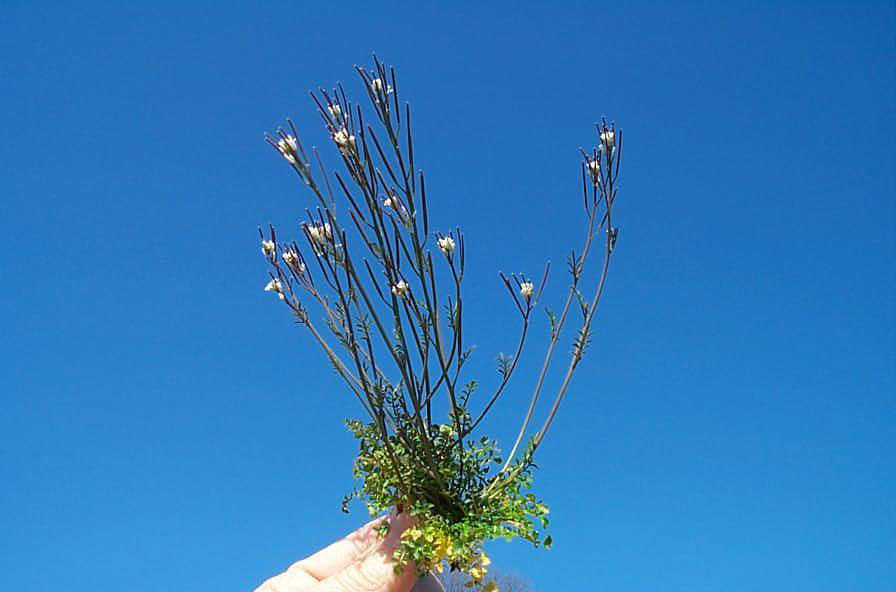 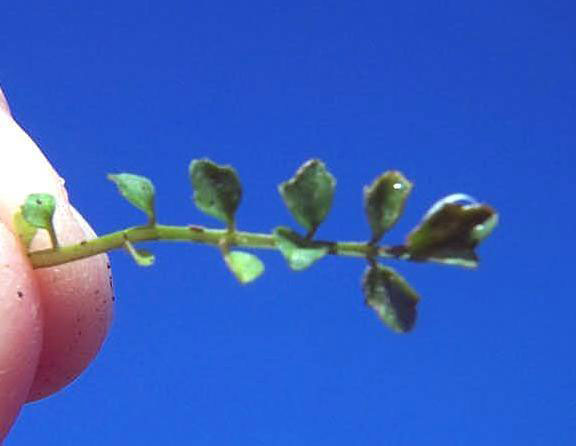 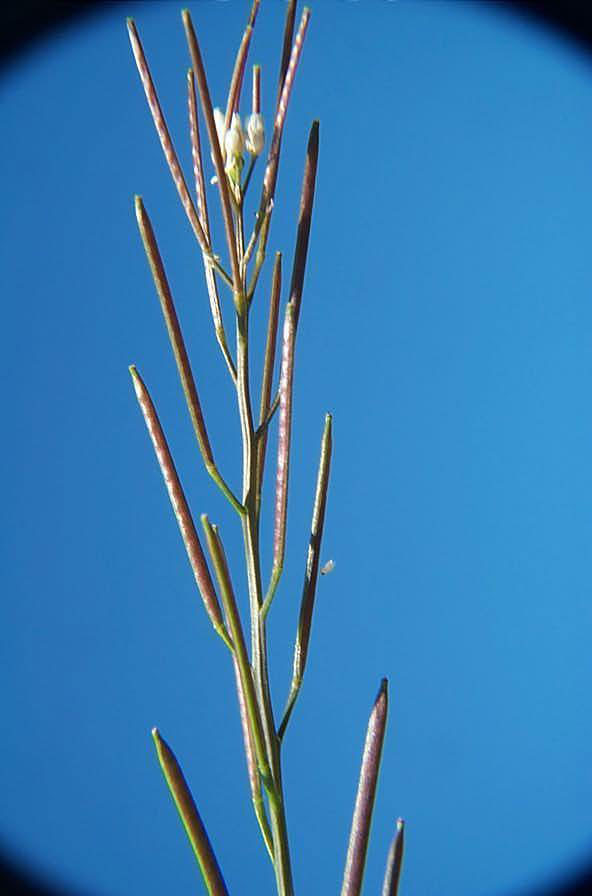 Native to North America, and found throughout the southeastern states from Nebraska to Maryland, south to Florida and west to Texas, as well as in California and south into Mexico.

A winter annual that may behave as a biennial in some areas. Propagation is from seeds, and this plant may be a pest in many crop situations as well as along roadsides and in disturbed habitats.

The leaves of mature plants are very distinctive and separate this weed from the similar Hairy Bittercress. Sibara leaves are elongate and lance-shaped, but so deeply lobed that each lobe nearly reaches the mid-vein, giving it the appearance of a compound leaf. Mature plants may be up to 16 inches tall with several branched stems arising from the base. Flowers occur at the ends of the stems, with new flowers appearing as the seed pods develop on the stem below them. Flowers are small, white to pink, with 4 petals. The flattened seed capsule is up to 1 inch long and is on a short stalk.

Hand removal for small infestations is possible, preferably prior to seed production. A selective broadleaf herbicide will be effective for infestations in or around turf sites.