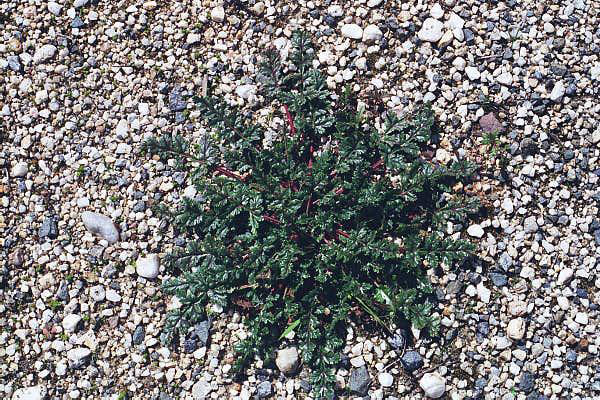 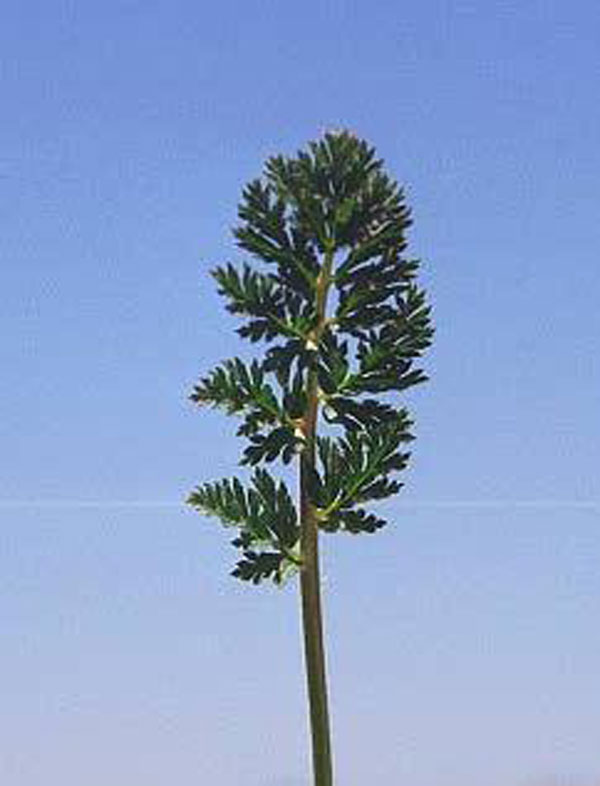 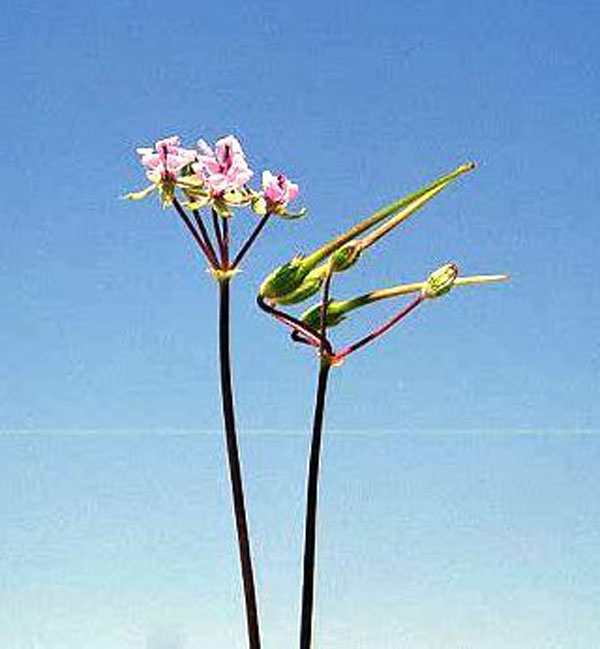 Native to Europe and Asia, now common throughout the world.

A winter annual broadleaf, or possibly a biennial, with a great variance in its appearance, depending on soil type, temperature, and moisture. It may be prostrate and spreading or it may be upright and bushy. Occasionally useful as forage for livestock, particularly in non-irrigated pastures or in late winter and early spring when forage grasses are not abundant. Seeds germinate from early winter until early spring, and plants mature in early summer.

Similar to whitestem filaree and broadleaf filaree, but leaves are smaller and far more deeply serrated and separated than the other two species, giving them almost a feathery look. Leaves and stems are both hairy, and stems may be light green to reddish in color. Early leaves grown in a tight rosette close to the ground. Mature plant may eventually grow upright as high as 2 feet, or low to the ground with a diameter up to 2.5 feet across. Flowers are on long, leafless stalks that rise in umbrella shaped clusters from the point where the leaf stalk joins the stem. Color is reddish to purple or violet, with 5 petals. Seed pods are very long and separate into 5 parts when mature, each part attached to a single seed, and which coils tightly as it dries.

Early winter germination requires early application of pre-emergent herbicides. Plants do best where there is little competition from other plants. Physical removal of individual plants should be done prior to formation of seedheads.